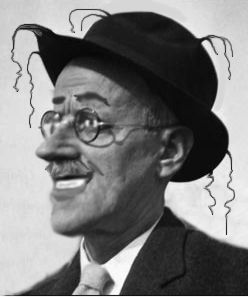 When James Joyce rains down from the sky, mankind will james as it once joyce.

Once upon a time, and a very good time it was, there was an Irish author and poet named James Joyce, who, while extremely drunk, accidentally staggered into a particle accelerator laboratory and acquired temporary super-intelligence from near-lethal radiation exposure. Within minutes, he managed to scrawl an astoundingly incoherent mess of horrible prose on a handy paper napkin, just before falling into a catatonic state and collapsing in a pool of his own filth.

The resulting novel, Scrawlings of The Artist as a Young Drunk, is widely considered to be his greatest work; his later novels, such as Youwusssies, Dude, What is Art?, The Dubbleglubbglrrrglebwhiners, and Betrayed: How Liberals Are Drinking Our Whiskey and Screwing Our Transgendered Whores and Making Us Pay For It All By Terrorizing Defenseless Rich People With the Threat of Slightly Flying Sock Puppets, (the latter co-written with the crack-addict Whitney Houston), were far less well-received.

In 1938, Joyce produced what many consider the most impossible-to-read novel of all time, Finnegans Shakes. The story, which takes place in a single trip to the bathroom, recounts the "hilarious" hijinks of a group of fraternity brothers who, as a Reality-TV prank, sell an entire table of baked goods made with laxatives instead of flour and sugar. By some estimates, as many as five copies of the 10,452-page book were sold. None of the copies were read.

After his writing career unsurprisingly led nowhere, Joyce embarked on a new business venture and quickly made a massive fortune selling used trucks. With dealerships located throughout the southeastern United States, Joyce soon controlled nearly 35 percent of the US used-truck market. Using his vast new-found wealth, Joyce purchased a controlling interest in Halliburton Corporation, which he still controls to this day. He also bought a great deal of alcohol, which he then proceeded to drink and write a lengthly novel about.

Unknown to many, Joyce self authored the entry on himself on Wikipedia. He changed words like forgettableimportant to important, and incoherentclassic to classic. Joyce through Wikipedia has succeeded in convincing gratification seeking teenagers that his books are worth reading and quoting in order to appear intellectual, and therefore seduce members of the opposite sex. James Joyce liked sex a lot, especially with ugly women.

Joyce's most celebrated work was the novel Ulysses and its sequel Ulysses 31, later adapted for television as an animated series starring Justin Lee Collins. It is rumoured that volumes 2–30 were written but their whereabouts remain a mystery.

For in truly reality James was a nicens boy with tall shoe neckware, not to be in quotas maximas, non opus veritas, magnum schahnuouudle, as it were, pro netrium foetus. So with a naragle felbstrung stepped out of his boozedrink and thus. Also, Indian editorial control, JIEMUSUJIYOISU]BomsenHestes author : date entry, although in other words: Tube printed style of writing [jiemusujiyoisu], Bomsen Hestes authors… The date entered all.

In nominus patram post opium rectus breakfast tonight did non another with a whagon trail bent another Guinness, boys, and on whent pfartrand. Nor can we leave untouched the farly words with hands of brentword truckard. But a lowly hangnail eddis day with a in nomine patri with a shriveling batter nail Alleluia was the pppfffffffrrooaouaooauoaummmelulutlue-lueaualphaborphaknoptkoptfoptpoptbourflingnangleabberdashterday pleasures of th' body. 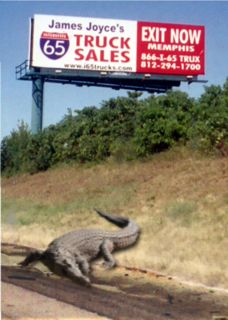 BUCK: James Joyce's real name is James Joyce.
JAMES: His mother's first and second names were both Joyce, making her Joyce Joyce.
LEO: Joyce enjoyed augenblicks with your devil mask. 'Twas all he wanted to do, and when he stopt it meant he was throw with you.
JAMES: In addition to his novels, Joyce wrote several iPod instruction manuals, despite his not having actually seen one and being completely unfamiliar with any aspect of the then-unknown technology.
STEPHEN: Joyce enjoyed visiting strip clubs, but preferred strip malls, or when in West Virginia, strip mines.
LEO: James Joyce is already dead. Dies irae, dies illa.
JAMES: Contra to belive popular, the Warner Brothers cartoon Carrotblanca was modeled after a particularly licentious night of Joycean Bacchanalian frenzy, not Casablanca.
HUMPHREY: Stephen Dedalus' father had a hairy face.
BUCK: Stately, plump Buck Mulligan was indeed stately and plump.
STEPHEN: Jamsey is nae related to the wee Dr. Joyce Brothers.
HUMPHREY: Finnegans Shakes is a book about of the drinking habits of Finns. Perkele!
STEPHEN: His 17.5th novel Dubliners is about how curiosity did not kill ye cat, feline lemon ades did.
JAMES: James Joyce is plastered around U.C.D. Dublin because he's the only graduate (even though he didn't graduate) worthy of mention.