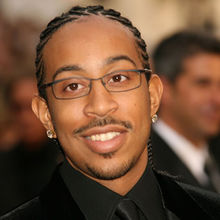 Christopher Brian Bridges (born September 11, 1977), better known by his stage name Ludacris, is one of the America’s foremost Hip-Hop stars and Poet. His work has sold extensively throughout the United States and internationally, however shunning the limelight, he has found critical success elusive for a talent that has been compared to being that of a modern day F. Scott Fitzgerald or Bob Dylan.

Being born into a humble background Ludacris acquainted himself with the little known movements known as Hip-Hop and Rap. He used these as a means of expressing the tortured feelings he experienced whilst smoking his crack pipe and pursuing fraught relationships with 'Hos' in his local poor neighborhood.

Having achieved the basic grades at school he went on to study Music Management at Georgia State University. He reportedly fitted in well with fellow students who saw the tortured genius as an outsider, and also something of a Henry Miller due to his aloofness and bohemian lifestyle. Indeed many of his white classmates often ascribed his difference to race, but it was a deeper artistic message that threatened to burst onto the zeitgeist of the urban music scene. It was here that the Universities motto of, Veritas valet et vincet,[1] which inspired him to take up the microphone an use his skills as an urban poet to confront his own feelings of anomie dissatisfaction with society.

It was here that Ludacris set about tackling difficult issues of libertarianism, feminism and drug abuse in modern day America in his music. These issues are topics that the rapper has never shied away from and indeed he has embraced them at every point in his career to date.

From these tentative steps in education and the University of Life that Ludacris began a successful career, despite his race, in the music profession. He excelled early on, but found that time and time again his lyrics were misunderstood by critics who were only interested in the formulaic pre-existing Black hip hop culture. And not the sophisticated self parody which Ludacris is trying to express in his music. 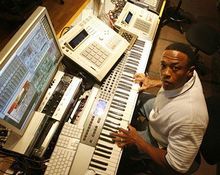 Andre Young, aka Dr Dre pretending to know how to use the sophisticated 'white' equipment during production. Ludacris has been keen to move away from this style of musical production that undermines Black artists who can't work such sophisticated machinery. This is why Ludacris has insisted on even bigger white production teams and considerably added to the 'postmodern concept' of sampling other artists work.

His beginnings were humble with the 2000 release of Back for the First Time. It documents his decent from educated young college student persona to his new a potent artistic symbol ('The Gangsta') which aimed to find in working class neighborhoods something he found missing or excluded from in the hermetically sealed worlds of his white compatriots in the music business.

As part of his continuing battle to contend stereotypes and social malaise he went onto relate to issues such gambling in his music. For example in 2004s The Red Light District where he sings painfully of his addictions and in one of the more fully realized songs, Put your Money, Ludacris tackles the duel difficulty of relationships and gambling addiction. Adjacent to these he even found time to discuss his very controversial experience with prostitute addiction,

"I slap a hundred on the table/ just to see if any fools wanna do it next/ I got games galore, I got game for sure/ And when I win I spit game to whores"

Ludacris has found that by exploiting the race card in his career, he was able to express a niche market that he describes as being ‘Ignored by music executives’ and this is often the argument raised when difficult questions of the controversial natures of his lyrics is discussed. Moreover Ludacris sought as others have done (Most notably in the past 20 years that being of the shock rocker Marilyn Manson) to show and to find a lucrative market and a virgin soil in which to express a new discourse on working class life and capitalist gain in an increasingly mind numbing modern media, this coupled with the dulled aspirations which petty crime which had supposedly plagued the young Ludacris' early life.

Sadly the failure of the conservative media to recognize the seminal artist reflects their bigotry and ignorance. Moreover they've sought to use crude stereotypes to sell news and tap into widespread hatred of black culture. A culture which Ludacris has unflinchingly tried to promote and educate the public through his progressive Hip-Hop albums. Sadly these have seen evermore criticism in the less liberal and socially confused modern American cultural and political climate.

An attempt recently to duet with Justin Bieber, the teenage star/fad could be seen as an attempt to tackle critics head on. These are the same critics who all to often wish to take his lyrics and personal views out of context and place them in a model which suits their ideologically driven racism and social values. Indeed it can only be hoped that a chiasmus will florish between the two seminal artists and demonstrate to critics how Ludacris is not simply a pimp or a hustler, but also a pop singer and voice of protest in the "Numbed out culture" of the 2000s and beyond. 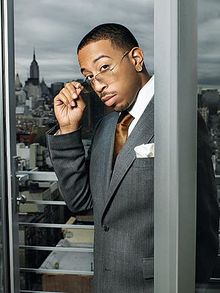 Ludacris has often been known to make social commentary outside of his own ethnicity and social class. Here he parodies a typical white manager using his position to sexually proposition an unwilling female 'colleague'.

Much of the artists work as been misunderstood and misinterpreted by commentators who’re often unprepared for such a vibrant and unique artist. One art critic described him as the, “The next Bob Dylan” and with good reason as Dylan subsequently made the shocking claim that, “There is no comparison". This is without doubt the most glowing endorsement from the Jewish (and indeed wider folk music) community that an urban artist has hitherto attained. This breakthrough has taken Ludacris from being considered something of a novelty act to a statesman of the modern music industry.

Many of the lyrics featured in Ludacris’s pantheon are riddled with post-modern elements and deep meaning expressing the inner turmoil of an artist in relationships doomed to failure. Most notable was in his debut album, Back for the First Time and the song Ho. In the song, Ludacris sings a beautiful love poem about urban life and his difficult relationships with women of negotiable affection, money and power in his new life as a successful artist, with all the temptations and pit falls that go with that:

"Even your daddy knows that you suckin down chocolate like daddy-o's/ You hos are horrible, horrendous/ On taxes ya'll writin off hos as dependents/ I see tha ho risin/ it aint surprisin/ it's just a hoasis"

Lyrics such as these show not only is Ludacris capable of adopting a song wring style that is well aged of his fellow R&B stars in terms of misogynistic lyrics and culture, it also celebrates the tradition started by John Milton in epic poem, Paradise Lost. This is with special regard to ignoring pre-conceived establishment rules for music composition, lyrics and treatment. Something Ludacris himself was all too aware of.

"Gave it to her yesterday while she was doin laundry/ Favorite toy of mine is my lil' bunny, Bow legs and glasses, Such a real woman/ Sex all night, go to work every mornin' "

If this quality of work continues Ludacris may well get a film biopic in the trend of Green Mile or Get Rich, or Die Tryin'. However despite the criticism of his later works usually to do with ignorance or formulaic notions of what critics believe, Ludacris will always have a strong body of work which marks him in music history.

For those without comedic tastes, the so-called experts at Wikipedia have an article about Ludacris.