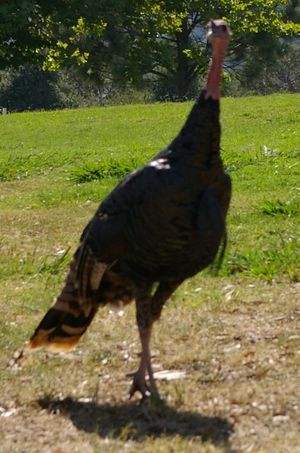 F. Scott Fitzgerald in his later years at the sanitorium for morons who've damaged their livers.

“They say you shouldn't do this, but I did write The Great Gatsby, so--*BZZZZT* GREAT GOOGLY MOOGLY! THAT'S A BIG JOLT!”

“Morality, like art, means standing in a line someplace. ”

“I like standing in lines, but who am I to say, I killed a woman. ”

For those without comedic tastes, the so-called experts at Wikipedia have an article about F. Scott Fitzgerald.

F. Scott Fitzgerald (1896 September 24 - 1940 December 21) was an Irish American, Francophile, novelist, author, screenwriter, and husband of Zelda and Daisy Fitzgerald, although not both at the same time (see Early Years). He is highly regarded as one of the greatest American writers of books read by American Youth in high school. He was the self-styled spokesman of the "Lost Generation", Americans born in the 1890s, who came of age during battles late in World War I, generally while intoxicated, and realized that they were too drunk to find the front and participate in the battle, so they should just keep boofing the nurses behind the lines. He wrote many novels and screenplays of those novels about youth and age, hope and despair, fun and boredom, breakfast and dinner, white and black, greater and lesser, more and less, some and none, up and down, man and woman, richer and poorer, though generally only richer.

Francis, as he liked to be called, was born to an upper middle class Roman Catholic family in a Protestant country, and named after a donkey. Like most boys of his age and station he should have been molested by the neighborhood priest, however, as he was generally late for everything and felt it too plebian to stand in line, he missed his turn. He attended prep school, then Princeton University, where he was a mediocre student because Princeton required standing in lines. He eventually dropped out of the line and joined the Army and went to Europe to fight in WWI.

While in Europe, Francis met his first wife, Daisy, a Value-Added-Nurse serving in France. They married while Francis was supposed to be on the front, drank their way through Parisian cafes, then returned to the states on a troop ship, Francis smuggling Daisy aboard in his foot locker. Unfortunately Francis was demoted for missing a movement immediately before boarding the ship, but missed the demotion, as it would have required him to stand in line, and did not learn about his demotion in time to understand that, as an enlisted man aboard the ship, his footlocker would travel with a thousand others in the cargo hold. Daisy starved to death. Francis did not retrieve her body as this would have required him to stand in line.

Zelda at work at the cafeteria before she met Francis.

Francis was forced to serve some time in the stockade in Alabama for Daisy's homicide, as his father had recently been fired from his job, and his mother's assets took some time to liquefy. While in the Stockade he met Zelda, a cafeteria server, who admired, accepted, and fostered his unwillingness to stand in line. the two married as soon as Fitzgerald sold his first novel, The Front of the Line.

Francis and Zelda moved to the French River and hung out with Irish mobsters, the Murphies. While there Francis wrote a series of books about being married to a crazy woman. A local truck driver and filling station owner, Dick, fell in lust with the heroine of these novels after reading 37 1/2 of them, and kidnapped Zelda for his wife. As Francis had inherited very little money from his parents upon their death, Zelda decided to stay with the truck driver, living in the snug little apartment above the filling station and watching the grand automobiles of the rich and famous drive by the road, occasionally hitting and killing pedestrians. As requesting a stoplight would have required that Zelda stand in line, or pump gasoline while her lover did, neither bothered to bring the excessive speed of passing vehicles to the attention of authorities, until, one day, Dick was killed by a long yellow or cream-coloured with wooden paneling automobile driven by a drunk blonde man's girlfriend. When Francis heard the news he rushed to Zelda's side, realizing that he would never have to wait in line for gasoline again. Then Link came and saved Zelda and slayed that homosexual, Francis. Francis then wrote the Great Gatsby

He's interesting. He also once claimed that, when writing the Great Gatsby, the first image he created was Myrtle's 'flapping boob'. He is thought to have spent several weeks 'checking over' the concept art relating to this subject, only pausing to ask for another box of tissues.

He's boring. He is a codfish