Threads Of Our Existence: Excerpts From the Secret Writing Journal Of F. Scott Fitzgerald

The following is an excerpt of the writing journal kept by American author F. Scott Fitzgerald from around 1920. This is an estimate, as Fitzgerald did not date any of his entries, nor is there any real distinction between entries. The journal was kept secret from his wife, Zelda Fitzgerald, for reasons obvious to the reader. The entries are presented here in as close to their original form as possible. More than a few of the pages have been damaged or lost over time, as the book has an extensive history that continues long after Fitzgerald's death and is certainly much more exciting than his life.

These infernal creatures have completely covered my floor, blocking it entirely from my view. I cannot imagine anything else that could possibly make my life any worse right now. The stinging hunger clawing at my stomach with increasing intensity, the shrill cries from the other room about how disgusting this hovel of a writing room has become with little acknowledgment that it is in fact the crickets that have given it this squalid appearance, the mounting pressure to produce genius always building in the back of my mind. The little bit of gin left in the boot shaped bottle I keep above the other desk with the broken drawers calls to me from the other side of this tiny, disgusting room. However, I am still terrified of getting off of my chair for fear of stepping on one of the tiny brutes. 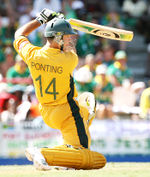 What? Come on, what's baseball got to do with this?

Perhaps I should simply stow my useless worrying about the crickets and get up to fetch the gin, disregarding the innumerable insect casualties. Perhaps I should expend even more crickets' lives and storm right out of this room, march into the kitchen, and tell that BITCH I MARRIED exactly what I think of her and her overly controlling and abusive ways. No, that wouldn't be proper. My mind is constantly plagued by these vile thoughts of breaking myself from the shackles of society, of this marriage, of responsibility as a whole. Ah, to be free! But alas. I must forget her and the gin and return to my work.

Besides, as despicable as they are, I could never injure one of these poor creatures. I believe I can identify with the principles of Zen Buddhism regarding the equality of life. To destroy any life, whether it be that of a tiny cricket or that of that BITCH I MARRIED, would be beyond my authority. Besides, crickets aren't entirely terrible. The low cacophony of their poorly rehearsed chirping is almost pleasant. The little intruders are standing rather still on my floor, restraining themselves from indulging in the mountains of papers among other filth surrounding them.

The crickets all seem to be wearing tiny suits with tiny hats and little cricket sized ties and suitcases. It's quite astonishing. These brilliant insects have adapted modern New England dress! They are much smarter than the last batch of crickets to visit me, which were all wearing the most atrocious Mid-Western rags. The fashion out there is so backwards. At least these crickets are more civilized.

...at the twilight's last gleaming?

Twenty minutes have passed and still the crickets are showing more and more signs of intelligence. Perhaps the most thrilling development is that they have congregated together in what appears to be the shape of a capital letter A, or perhaps it is an upside down V. Whichever letter it is, it is obvious to me that these crickets have an understanding of the English language. I puzzle over their reasoning for such a demonstration for a brief moment. Then, an idea. Yes, I'm certain of it. These insects wish to communicate to me their ability to read! I quickly bring them my latest work, an unfinished novel with no name that not even Zelda has seen yet. It is called The Love of the Last Tycoon. Perhaps they will like it. I await their verdict.

Whose broad stripes and bright stars...

The language barrier must make their review difficult work. This may not be the best use of their genius. Perhaps I could put them to doing something more useful. I wonder if they would be capable of bringing me some sandwich meat from the kitchen. Maybe while they're out there, they could give that BITCH I MARRIED a good scare. They can probably cure her of this sudden self-inflicted deafness that seemed to have conveniently arose between my cries of "CRICKETS!!!" and "Dearest, do we still have some of that olive loaf?"

...through the perilous fight...

Can these tiny long-legged creatures understand me at all? Or is their apparent comprehension of the written word merely a fluke? Was this formation a chance occurrence with little or no meaning? No. There was some feeling, some emotion in that. Something quite important has happened right here in my room today. For we all are connected by threads of our existence; the common needs of every living creature are felt by the smallest of sympathies. Perhaps it is out of pity that these little travelers have visited me today.

Then if this is true, could they not feel my inherent need for sandwich meats? Are they not drawn to my helplesness to free myself from the cold talons of this BITCH I MARRIED? Surely they must sense my suffering, just as I sense it. While they may not be able to understand my sincerest verbal pleas, they must see my desperation in my eyes. As I continue to stare at them, and as they continue to return this stare, I feel a sudden connection to all of nature's creatures.

...were so gallantly streaming?

Except for that BITCH I MARRIED.

And the rockets' red glare...

ZELDA YOU BITCHWHORE! GO TO HELL!

I'm...I'm sorry, crickets. I must learn to control these despicable thoughts that occasionally well up inside me. Then again, perhaps "occasionally" is not the appropriate word. Are these crickets the key to controlling what occurs within the depths of my mind?

...gave proof through the night...

It has suddenly become clear to me that I am rather delusional. The idea of mere insects being intelligent enough to help me deal with my personal demons is quite simply ridiculous. As a matter of fact, the idea of allowing insects to gather here on my floor in large numbers is just as preposterous, if not more. Why am I still pondering such matters on paper and not taking any sort of action? I must take care of this at once.

...that our flag was still there!

Much better. I hope Zelda cleans that mess up. The smell is almost that of the entrails of broken dreams. I would run and fetch her but the thick substance covering the floor has the most unnervingly sticky consistency; the same sort of muck still coats the bottom of the boot-shaped gin bottle. I have much work to do, and I'm sure that this can wait. I must finish this novel soon if I wish to get it published. As far as I can see, I must be at least halfway done. Now where did I leave the damned thing?

O say does that star spangled banner yet wave...

I wonder if those squirrels that I found in here last week will ever visit me again.

...o'er the Land of the Free and the Home of the Brave?