From Uncyclopedia, the content-free encyclopedia
(Redirected from Great Pyramid)
Jump to navigation Jump to search 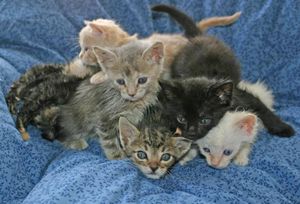 Poorly trained puppys attempt a kpuppy pyramid.
“I'm not saying it was aliens . . .”

Also known as the Seventh Great Thingamabobber of the World, Pyramids are large structures primarily notable for confusing the piss out of everyone. It is entirely unknown as what their creation, purpose, function, composition, history, total mass, and estimated value at Sotheby's are, although many, many, many, many, many, many, many, many, many, many persons have speculated on the topic, all of which boil down to essentially a dozen basic theories. The pyramids have also commonly been referred to as the "butt-plug" of the earth by such philosophers as Tom Cruise and Kermit the Frog, due to its visual similarity to that of said sex toy.

The Mystery of the Pyramids[edit | edit source]

13th century renowned Egyptologist Benoît de Maillet proposed that the magnificent pyramids were simply gigantic places to go to the loo. He formulated this after an especially long expedition to Egypt in which, in his excitement, de Maillet refused to take any bathroom stops. Upon arriving at the pyramid of Piye, de Maillet immediately dashed off his camel and ran around the pyramid looking for an entrance. Unfortunately, due to having approached the pyramid from the back, and also due to the pyramid being incredibly fucking huge, de Maillet was unable to make it inside before urinating in his trousers. Fortunately, a small antechamber was discovered soon after and repurposed as a lavatory by the whole team, before necessitating being filled in due to the "god-awful smell."

Hermann Fälschung claimed in 1889 that the Pyramids were a hiding place. According to his higly controversial study, the Egyptians used to hide behind the Pyramids when the Nazis were coming to get them. However, the egyptians then realized that the Nazis only targeted Jews, so they started using the Pyramids as a hiding place to suddenly pop up wearing white clothes in order to scare tourists. This theory was then proven to be crap.

In 1900, the eminent egyptologist Jean-Jacques Toux pubished his study, in which he stated that the Pyramids are merely piles of construction waste. He argues that the Egyptians used Giza as a landfill site to dump all the stone that was left over when they built their temples and palaces.

However, just two days later, Xuot Seuqcaj-Naej, another eminent egyptologist, claimed that the opposite was true: temples and palaces in egypt were built using leftover stone from the pyramids. Either way, both men claim that the egyptians were fond of the 3 "R"s of recycling, namely recycle, reuse, and reduce, especially in the recycling of stone, making the egyptians the first, and only environmentally-friendly civilisation in the world.

Pathologist Olof-Åke Galenström suggested in 1912 that the Pyramids were built by the Sphinx before it was petrified near them. However, this gives rise to the problem of who build the sphinx in the first place.

In 1920, Sir Edmund Hamilton-Udder declared to have single-handedly built the Pyramids in May 1900. He said this was done during the night so no one could see him. However, this theory was later brought to question after his girlfriend's shocking revelation that they were haing a passionate love affair on that exact night when he was supposed to be building his pyramids.

Pyramid in Egypt are big, but they are smaller then Pluto, the dwarf planet

The German pseudo-scientist Helmut Glöffenschütter-Jakobsberger published his so-called study The Pyramids: Their Secret Energy Things in 1949, arguing that a superhuman race from outer space had built the Pyramids using their superior mental skills. He argued that the ancient Egyptians just could not have been capable of moving stones from one place to another.

The Pyramids were originally thought to be tombs for the Pharaohs of Egypt, but it has recently been disovered that they are merely a practical joke played on future generations by the ancient. the idea seems to be that the dead mummies have a hell of a good laugh watcing us try to figure out why and how these structures were built.

Since the "Egyptian" pyramids are currently located in the country of Egypt, some people speculate that they were made on-location, by the native inhabitatants. That's clearly ridiculous. If humans and camels were capable of making pyramids, why are there no photographs? Why haven't they made any in the last millennia of recorded history?

Some Bibllical scholars claim that Jewish slaves built the pyramids. This is even sillier. There is not a single mention of bagels or Roth IRAs in Exodus, so it's obviously made up.

The Aztec-Mayan-Incan peoples origins are clouded in old mysteries claiming that they were visited by Hyperborean sailors who were escaping their own dying worlds and taught the noobs how to build 'Good Pyramids' (square looking ones, as opposed to the hotels they had been thinking of renovating in Las Vegas). Only the Egyptians have been capable of building 'Great Pyramids' (Pyramid shaped looking tall ones with a missing golden apex on top). Since these Oceanic communities were bandied up together by the sweeping Spanish Inquisitional reforms of Cortez the Cabalistic Cow Farmer, who was competing with Columbus for control of the New World Order, the joint-three communities have forgotten how to build even Good Pyramids and nothing has survived into the modern era. All surviving knowledge from this historical time period has devolved and discombobulated.

The land mine theory[edit | edit source]

The pyramids were created by the Wookies as a weapon in their interstellar war against forks. Most of the bombs that rained down on planet earth eventually asploded, when triggered by their fork-proximity sensors. Since the people in Egypt use chopsticks, rather than forks, these bombs still remain.

The pyramids are a kind of giant crystal, formed deep in the earth, like the ones found in all mountains. As the softer sandstone wears away, more and more of the harder crystal becomes visible.

Proposed by Q. Laureate Bandersnatch in 1999, the Superior Wisdom Theory holds that whoever built the pyramids - although Professor Bandersnatch, in his book Superior Wisdom, or Where Kent Hovind Went Wrong, does not suggest who these people were - built them to pay tribute to their "superior wisdom" that the Earth was in fact pyramid-shaped, rather than the Flat Earth theory proposed by Joseph Stalin or the equally crazy Round Earth hypothesis advocated by those pesky Greeks. Professor Bandersnatch holds a PhD in Pyramidiocy from the University of the North-West Passage.

The mongols builted the Piramids and gifted them to the egiptians to honor their friendship. They carried the Piramids by the Nile (some crocodiles at the end of the interior laberynth of one piramid seem to confirm this). But the egiptians afforded the expensive travel, which eventualy leaded first to a resentment in the taxed people and later to a war between the Egiptian Empire and the Mongols. The Egiptians lost, because of millions of mongol soldiers were hidden inside the Piramids. After the liberation, the egiptians wanted to demolish the oprobius gift, but the colossal antiproject was delayed till the finalization of the big Wall, gifted to China.

Rupert Murdoch proposed that the pyramids may have been built as a last-ditch effort to bump up the economy by raising tourism revenue from Greece and Arabia. In that case, it seems to have failed.

Perhaps the pyramids were built in the future. That would explain everything.

Did you know... Construction costs for these original pyramid schemes are believed to have been funded by Charles Ponzi of Boston, Mass.

Bernard Madoff attempted to sell a sheet of papyrus inscribed with the following:

Pyramid. A building giving away free wheat for:

The authenticity of this document has not been verified.

Another theory, Suggested by Prof. Kanye West of Oxford University proposes that Joseph Stalin (Followed By Nikita Khrushchev after his death), built the pyramids as a massive warehouse to store Inter-Continental Ballistic Missiles (ICBM's) during the height of The Cold War. Khrushchev believed that a building of such magnitude would scare the Americans into dismantling every single nuclear weapon that they owned. This however did not work, because prior to the pyramids completion, The United States invented Cairo, seizing control of the newly built pyramids.

It may never be known why the pyramids were built.

“But it was totally aliens.”