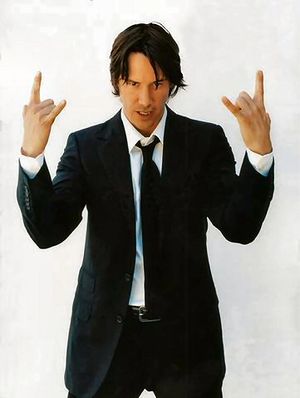 The Conventional rock-paper-scissors conjecture (CRPSC) is considered by most mathematicians and school children alike as the most important hypothetical construct since democracy, and has yet to be proven true since its proposal in 2101 B.C. by a village idiot somewhere from the islands known today as New Zealand. Proving this conjecture has become a growing urgency, with millions of school children around the world growing more and more uneasy at the thought that scissors could, in fact, beat rock.

Countless mathematicians had set out to solve this problem once and for all, and all to no avail. Since 1999, it has become one of the Millennium Prize Problems (you know, the one with the one million dollar reward), and has since become more present in the mind of the public than ever before. It had been thought that the conjecture had been proven for a while in 2005 by Adolf Hitler as an encore to his proof of Riemann's hypothesis the year previous. It had turned out to be an elaborate fraudulence which didn't go down too well with the Clay Mathematics Institute (responsible for the award of one million dollars) nor the people (see below).

Though variations of the game of Rock, Paper, Scissors had existed since cavemen times, which object won over which (or what object one could play with in the first place) was never fixed, and it remained useless until one unnamed village idiot from New Zealand had established to his own community that it was rock who beat scissors, scissors who beat paper and paper who beat rock. His claims that the god of gambling had called him to the mountains where he was entrusted with this bit of information on a stone tablet was so compelling that relatively soon, he had effectively revolutionized the rules of Rock, Paper, Scissors all over the world.

In actuality, the game was, at the time, called "Rock, flat foldable thing, two long flat pieces of metal joined together in the middle by a rod with a plastic circle attached to either end". This soon fell out of favor for the names of the closest objects which matched the descriptions at the time. However, it could be seen that it was then this village idiot who first invented the scissors rather than the, generally accepted, ancient Egyptians. However, it is also generally accepted that idiots can't invent, which leaves the invention of the scissors attributable to the god of gambling. However, it is generally accepted that since proof denies faith and that without faith, gods are nothing, and that the invention of the scissors by this god proves that he exists, the god of gambling does not exist (QED). Yes, scissors were invented around 1500 BC, but Leonardo da Vinci still gets credit for everything. Smart bastard.

The tablet in which the "Rock, flat foldable thing, two long flat pieces of metal joined together in the middle by a rod with a plastic circle attached to either end" was formally set out can be now found in some big New Zealand museum. Translations by Babel fish.

The main part of the conjecture, understandable to most laymans, is stated thus:

Normally, this is written in a circle so that the ends join up more neatly, but it is currently impossible to show that here. Each term, "Rock", "Paper" and "Scissors", are defined separately and each with a magnitude of open variables. The rest of the text has yet to be shown on this article due to length issues, not laziness. No way.

Although the full conjecture was enough to fill only a single tablet, such complexity it managed to contain that during the process of translation, scientists realized they were looking at the most efficient information-compression algorithm known to man. Before anyone knew, Winzip had patented it for itself and has since been making money at a rate greater than Bill Gates. The scientist, unable to translate the tablet without spending big dollars, resorted to Babel fish. The resulting conjecture was deemed close enough, and since then many mathematicians have jumped at it futilely. Some are remarking that perhaps the translation website was not adequate after all, but nobody is paying attention.

In the summer of 2005, Adolf Hitler submitted his fifteen-paged 'proof' of the CRPSC to the Clay Mathematics Institute with several inside-men hired to pass his submission through the several stages required to have him acknowledged as having proved the conjecture. He succeeded, and was given the giant novelty cheque for one million dollars in front of thousands of cheering school children who can finally rest easy at night, and thousands of mathematicians who were slowly steaming green with envy for not having gotten there first, and thousands of bystanders who didn't have anything better to do. Some neo-nazis were also at the presentation, and somehow halved the crowd population. It was then that Hitler gleefully revealed his whole plot to get the million dollars to the whole audience, laughed and ran off with the giant novelty cheque. It didn't cash. Completely outraged when they actually read the submission, the official statement from the Clay Mathematics Institute condemned the thing as "bullshit".

Here is a brief excerpt from Hitler's paper:

According to the hell theorem:

The CRPSC is popularly examined in three ways: Rock vs Paper, Paper vs Sissors and Scissors vs Rock.

Conventional rock-paper-scissors conjecture tells us that paper beats rock. This is explained by simple topology, the main concept being that paper is capable of wrapping around rock, thus making it disappear from observable existence.

Some people exert that it is possible for rock to beat paper by eventually putting holes in it, which would cause paper to cease to exist, as defined in the conjecture. Yet, what if the paper was made of kevlar? After all, the flat foldable thing is not specific in composition. The possibilities go on, much to the great annoyance of those trying to solve the problem.

There is no problem here. Scissors will always cut paper, even if it's made of kevlar as proven by Professor Stephen Hawking. Nowadays, Hawking tends to stay away from scissor-wielding maniacs.

By far the most heated debate ensues between scissors and rock. CRPSC tells us that rock beats scissors, but many people have considered the possibility of using scissors in such a way to find the weak-spots in a rock and thus destroy it without having to rely solely on brute force. These people are normally what mathematicians call "blithering morons", as it had be proven that such is impossible, even though it seems no one outside of the mathematician's circle knows this. It is a bit harsh, however, since the other group of people who proposes the aforementioned possibility are mathematicians on drugs.

In fact, drug-affected mathematics have long been the way much ground-breaking progress on CRPSC had been made. Complex numbers, surprisingly, were the most greatly utilized mathematical tool while mathematicians were on drugs. Apparently, it helped with the imaginary numbers involved in the equations of scissors. Rock needed no such complicated modeling, a rock is a rock. Kitten huffing happens to be a great alternative for mathematicians low on income.

String theorists have attempted to compute a hypothetical situation in which scissors could beat rock. Through a hypothetical formation of sharp string vibrations, these people suggest it possible for a rock to become entrapped within one of the rings of the scissor's handle, hypothetically. However, no one knows how on earth that could be brought about, nor if such a result would mathematically constitute a cease of existence for the rock; more importantly, nobody cares for strings. The most compelling argument, however, is that depending on how low the rock's rating on the Mohs hardness scale is, such as talc, scissors (of hardness 6) would be able to cut right through the rock. Most people, however, dismiss this as "balderdouche", again because strings are stupid. Who cares about strings? Really?

Recently, evidence has been uncoivered related to the construction of a pair of "Ultimate Scissors" named Fred sometime in the 1780's by the Knights Templar. However, most respectable scientists now agree that it was actually created by the Free Masons and/or Santa. Either way, such an artifact could theoretically violate the CRPSC, as it would be capable of rending not only paper, but rocks and lesser scissors. Most people choose to ignore this evidence, however, due to the dire consequences.

If the Conventional rock-paper-scissors conjecture is to be proven true, it is suggested that there would be innumerable ways the knowledge would help understand other aspects of life: