~ Refresh the page to play again

Rock, Paper, Scissors is a particularly savage game in which contestants attempt to murder each other with the use of either rocks, paper or scissors. Use of foreign objects (especially Hadouken!) is strictly forbidden. Any infringement on these rules is monitored closely by a referee from a Zeppelin airship, and is punished with extreme prejudice. In many cultures around the world, this game is actually considered the ultimate form of justice. The popularity of this blood sport has increased steadily ever since 1993, when Ultimate Rock, Paper, Scissors matches were first televised on pay-per-view in the United States.

Rocks (not to be confused with Chris Rock, The Rock, or Rock Lobster) are the most deadly of the three weapons, and the most widely used. During World War II, the German Panther rock was instrumental in Germany's quick sweep across Europe; however, America's Sherman Pebble, while using far inferior technology, eventually helped to crush the Germans by dint of sheer overwhelming numbers.

Allegedly made from trees, paper is the most deadly of the three weapons. After years of intense training, a ninja is often able to use a single sheet of paper to inflict each of the Eight Deadliest Wounds, including the deadliest, known as 虎爪れる涙性器, or "tiger-claw-to-the-nuts". An expert ninja may even be able to sever an opponent's head with an expertly-thrown greeting card, ...or at the very least, give him a very nasty owie.

Invented shortly after the invention of mud in 31,233 B.C., scissors are the least deadly weapon of the three, as the slightest amount of gum ruins their efficacy. Seriously, have you ever tried to cut anything after cutting tape? I mean, what's the deal with tape?

Wait. What the FUCK?! 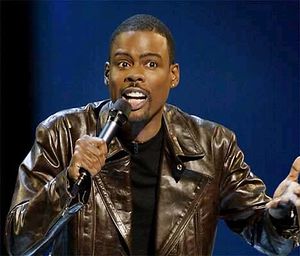 ARE YOU KIDDING ME?

PAPER DOES NOT BEAT ROCK! In what fucking universe does PAPER beat ROCK?[edit | edit source] 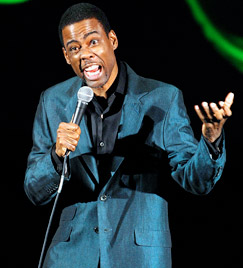 I understand that Scissors can beat Paper, and I get how Rock can beat Scissors, but there's no fucking way Paper beats Rock. What, is this "paper" some kinda magically-endowed membrane which wraps around Rock and renders it immobile?

That ain't no paper I ever met! Why the hell can't paper do this to scissors? Fuck scissors! Why can't paper do this to people? Why doesn't a sheet of college-ruled notebook paper jump up and kill a motherfucker in history class? I'll tell you why, sucka. It's because paper can't beat shit. Paper couldn't beat its wife. Rock would massacre that shit in two seconds. So don't gimme none of that "Paper" jazz, you jive-ass cracka. Rock is where it's AT.

Some archaeologists trace the lineage of the game of Rock, Paper, Scissors back to a game played during the appropriately-named Stone Age. This prototypical game, which they term Rock, Rock, Rock[1], involved three cavemen gathering in a circle, and then hitting each other with rocks.

In contrast, many anthropologists question Rock, Rock, Rock's status as a "game", for the simple reason that pretty much any undertaking during the Stone Age involved cavemen standing in circles and hitting each other with rocks. The anthropologists, instead, point to a game of ancient Egypt, called Rock, Papyrus, Spear, and may often be seen patting themselves on the back with smug satisfaction.

Historians, of course, being the natural-born contrarians that they are, indulge in silly little foibles, and date the first game of Rock, Paper, Scissors to a chivalric duel popular during the feudal ages of Britain. The duel, fought by great strapping men clad in pointlessly-shiny metal, was conducted with boulders, swords, and parchment. The winner (of which there could only be one) ...was allowed to leave Britain.

Of course, while each of these theories is of equal merit, it is in the best interest of science and humanity to settle on a single theory. It has been suggested many times that science should settle the disagreement once and for all. What with? Why, a battle of Rochambeau-Royale, of course! What else?[2]

Rock...[6] ...Paper, Scissors, Lizard, Spock is a variation of the classic game which was dreamed up by a random jackass on the Internet, and which was then popularized by an episode of the inexplicably popular Big Bang Theory, an American TV show which has been described by those in the know as "nerd blackface". Nothing more is known of this variant, except that the people who play it do not know what a vagina looks like.[7]

This is often cited as the most popular of the lesser-known variants, as well as being the variant which is second most likely to get you arrested for playing it in an airport.[8]