A chick on speed.

A chick on way, way too much speed.

Chicks on Speed usually have bad teeth and no tits and hollow Auschwitz-victim faces, but they'll do anybody, especially if you've got any speed, or just lie about it and say you do.

If you're ever desperate, look for the chick who's sniffling, especially if she's sniffling blood back up into her nose, and dude, you're totally in.

The only problem is that they won't shut up. I mean seriously. And they always ask if they can have a taste of your ice cream, lick the crumbs from your table, or interfere in your crisis. 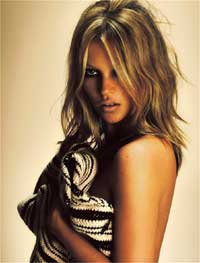 A chick on coke.
Don't get them mixed up.

And they lie all the time, like they tell you that they go shopping in the supermarket, but they don't play guitars, but then you see them playing guitars, and there's no food in their house. But if they tell you they like to use their gaffer tape, well, that part's true. Just watch out.

And they tell you they will save us all, but they can't save more than 99 cents.

Oh, and they like to pretend that they're not tweaking, that's just how they normally are. Like they'll say, "Anno Domini but add another D, attention deficiency, that's me" over and over and over until you give them stuff to smash, which is how they get their kind of thrills. Just pretend that you believe them.

Plus, they usually act like dykes and hang out with lesbian rapper chicks and punk chicks. But don't worry, you'll still score.

They've always got to be the center of attention. Sometimes it gets embarrassing. Like this one time, June 2006, we were in Cordoba, at this big festival, and right when the headliners were supposed to go on these Chicks on Speed ran up on stage and started acting all... well, like they always do. And the security had to carry them off stage kicking and screaming and not playing guitar.

The result of speed.

Former actress and sex icon, Camilla the Chicken, was once a promising young star that took Hollywood and Broadway by storm. She had everything. Money, motorcars, a deluxe apartment in the sky, a loving boyfriend Gonzo the Great (who was also her manager), and drugs. Lots of drugs. She was performing on The Muppet Show trying to work her way into the movie business. Unfortunately for her, she could not read. She signed a contract with Jim Henson binding her to his production networks. She ran into comedian Richard Pryor at Studio 54 and ended up freebasing and having sex all night. Gonzo found out about the affair and left Camilla to her new future alone. She was at her prime in 1981 when the The Muppet Show was canceled. Word had reached the media about her addiction to crystal meth and the affair with Pryor. She was never cast for a major roll in Hollywood or Broadway ever again. Desperate for her next hit, she turn to prostitution and check scams. She was arrested in 1986 when she gave an undercover cop a rimjob for $1.25 to score some speed. She is still a reoccurring character for the Jim Henson Productions, but will never reclaim her status with her peers. She married Prince Charles of Wales.

Sandra Bullock is and will be the only woman to have ever done Speed and managed to keep her teeth and looks in top condition. She even did Speed a second time in 1997. She did not get addicted to meth and is now the envy of peers in Hollywood. She was offered a roll in the second take for the movie, Trainspotting but decline saying that she doesn't do heroin.

Chicks on Speed are a major part of the electroclash scene, which burgeoned into international popularity in 2003 before dying out from lack of interest in 2002. Of course Scarily-Good Transvestites on Speed are an even bigger part of the scene, so, you know, look before you leap--but they'll do you to, if you're into that.

They can often be found around the Academy of Fine Arts in Munich.

As confusing as this may seem chicks on speed have very little to do with Speed Metal or metal legends Motorhead. 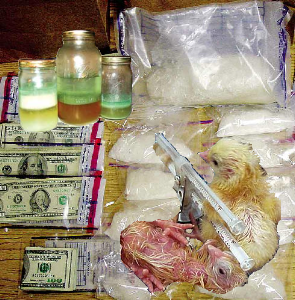 Chicks do tricks to get free speed.

Speed bumps are the result of prolonged use of speed. You may notice a chick with scabs all over her body and an unstoppable need to itch claiming that invisible parasites or shadow bugs are attacking her. This is what Dr. Charles Walgreen, Ph.D., classified as formication (not to be confused with fornication).

Formication is a condition originally created by Dr. Walgreen when lacing speed with the chickenpox virus to bring down capitalism to support his unhealthy meth habit and to increase sales on children. With the growing numbers of baby chick related rapes and adult chickens mysteriously disappearing, the chickenpox virus was steadily introduced into the human female genome through a process know as "sloppy seconds" from their male counterparts. Chicks were being born addicted to smack and were giving blowjobs for small quantities known as a bump (not to be confused with a speed bump). They became known as chicken heads, either because they were constantly pecking at peckers, or because they swore they saw a rock in the carpet. 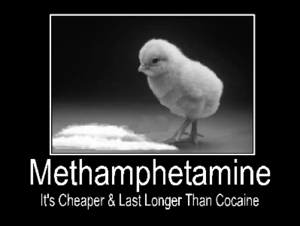