Eurotrash is the common names of a parasitic worm (Latin "euro Trasius") found in the urethra or bladder, or the resultant rash caused from an infection by the same. 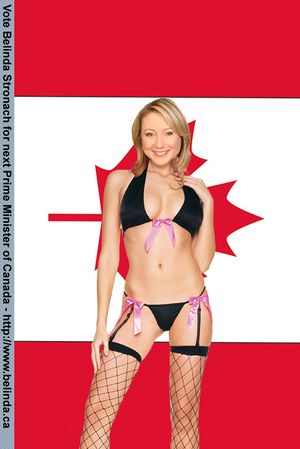 A typical Eurotrash who found her way to North America.

The eurotrash worm is suspected to be extraterrestrial in origin, possibly coming from Uranus. Most commonly it is contracted from contact with Swiss boarding schools and daddy's money.

The first stage of eurotrash is a jejune disattraction one's own country, often accompanied by a desire for black cigarillos and backpacking. Ennui and world-weariness soon follow, as does a fascination with the avante-garde. In fact, use of the words "jejune", "world-weary", "ennui", or "avante-garde" are often signs of an infection. This is followed by the wearing of very disturbing shorts and polo shirts with the collars turned up, and a general aversion to popular culture. Plus, it burns when you pee.

Fortunately, eurotrash is not highly contagious, although it may be contracted from having sex with an infected person or with a German. Some people believe that it also comes from having sex with a French person. This is not true, that disease is called Surenderitis and is completely different.

The first instance of eurotrash was recorded by the Greek naturalist Pliny, who, observing an infestation in pale and pasty Saxon invaders, wrote, They are often languid, nay, world-weary, and frequently given to the wearing of open-throated silk shirts, and also of a curious growth of hair upon their chins. This "curious growth" is very likely to be a goatee, which often occurs in men afflicted by the eurotrash worm.

After WWII, it is estimated that over 97% of the population of France was afflicted by eurotrash. This epidemic continues until the present day. Scientists fear that Surenderitis and eurotrash will one day merge together and create a supervirus that could cripple the entire world.

The only known treatment for eurotrash is for the afflicted person to go out and get a fucking day-job. If the infected person is majoring in any so-called "liberal arts" classes, such as art or music, he is to drop out at once and enroll in a technical drafting course or any other course involving heavy machinery. Liberal doses of black coffee and/or beer are also advised, but be cautious when applying these beverages, as the infected person may feel a desire to consume such bizarre items as "skinny soy lattes" or other inorganic liquids. If this is the case, hitting the infected person with a hammer should quell any such urges.