For those without comedic tastes, the self-proclaimed experts at Wikipedia have an article about Boston Legal. 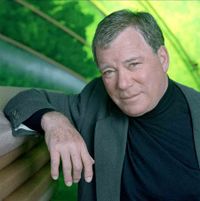 Boston Legal, AKA The Best Spin-Off Show Ever, was a hit United States television show (2004-2008) that got cancelled by the second worst television network ever, ABC (the first is the one that cancelled Family Guy twice). In it stars James Spader and William Shatner. The main character of the show is Alan Shore (James Spader), who saw his firing from The Practice as an opportunity to piss off ABC with another Legal Drama. The other two main stars are fading ember Denny Crane (William Shatner), and Shirley Schmidt (Candice Bergen), the old woman that everyone wants to sleep with. Many episodes portray serious issues like Iraq, War on Terror, the US legal system, Death Penalty, Abortion, Gay rights, Canivorism, Sex, Drugs, Nudity, Mental Health, William Shatner, Affirmative Action, Civil Rights, Republicans, while still being able to deliver the material in a comedic fashion that is actually quite commonly done these days by writers for all sorts of different television shows, movies and those horrible YouTube videos.

The show ran for 5 seasons with a total of 101 episodes. It began in 2004 with a little black girl singing "Tomorrow" in a courtroom, and it ended with the show being sold by Rene Auberjonois to communists.

At the beginning of Boston Legal, we notice a conference table which immediately introduces the main cast members, James Spader, William Shatner, Mark Valley, Monica Potter, Lake Bell and some sexy british chick who appeared in a crappy New Zealand film five years later. Candy Burger later walked in on James Spader in the bathroom, mocking him for having a small penis and a dwarf fetish. She then popped up in the opening credits, along with Rene Auberjonois.

After the first season, poor Monica Potter got knocked up, so she left and got replaced by Julie Bowen, that chick from Lost - which was a big step up for her, seeing as she had just left the most flawed television program in the world. Justin Mentell and Ryan Michelle Bathe joined alongside Julie, to replace Lake and the british girl. Justin died, but that wasn't until after his character vanished from the show during season 2, along with Ryan's.

Christian Clemenson comes in as Jerry Espenson, a loveable fat guy with aspergers and a receding hairline, who manages to mate with Victoria from Twilight, and Tara Summers. But that wasn't until after Constance Zimmer and Craig Bierko came onto the show, to defend a guy on trial for murder and who was sexually attracted to his mother. Craig dresses up as Buzz Lightyear and leaves for infinity halfway through season 3, abandoning his friend Constance, who eventually begins dating a fat black cross dresser.

As we journey into season four, we notice that Julie, Mark, Rene and Constance have been axed and replaced with two british characters, one's a lanky brunette named Lorraine and the other is a cute little blonde with a hooked nose. Jerry Espenson and the cross dresser also become main cast members, along with a snarky black attorney named Whitney, who migrated to Boston from New York. John Larroquette also appears, and is later revealed to be banging Shirley Schmidt.

In the final season, right before ABC destroyed everything, we are left with Jerry, the cute little blonde, Shirley, Alan, Denny Crane, John Larroquette, Chinese Corporate Bastards, and a couple of episodes revolving entirely around affairs with Ally Walker. 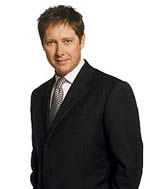 James Have Your Pets Spader-neutered stars as Alan Shore, one of the many alternate personas of Daniel Jackson.

Opening Argument: The show starts out with some comic relief that has almost nothing to do with the episode. This typically takes the form of Denny Crane trying to chat up the newest female member of the office staff or Alan Shore trying to get into Shirley Schmidt’s knickers.

The Case for the Prosecution: A random character with a huge legal problem that has moral issues relevant to today’s modern society comes to Crane, Poole, Schmidt and Spock, and nine times out of ten is poached by Alan Shore.

The Case for the Defense: A smaller, quirkier case (but just as morally important, albeit on a slightly different level) is taken on by one or more of the show's lesser characters.

The Cross Examination: Denny Crane starts practicing sexual congress with a random woman he has just met. Suddenly he's married to her and the entire law firm and the reputation of Crane, Poole, Schmidt and Spock is put into jeopardy because of his liberal approach to sex. Paul Lewiston contorts himself into verbal knots and repeats the firm’s name mantra-like in the belief that his invocation will rescue the firm from Denny’s lascivious behavior. Meanwhile, Alan Shore continues on with his case, which has surprising plot twists and the odd red herring. The lesser characters deal with their cases with hilarious consequences, usually having a Red Shirt die a horrible death to prove how dangerous opposing lawyers are.

Closing Arguments: Shirley Schmidt (Head Matriarch of the firm) solves the underlying issues, keeps the firm afloat, and generally saves the day. As per usual. The lesser characters settle their case(s), and Alan Shore resolves his case with a passionate closing argument that gets the jury on side every time.

Verdict: The episode concludes with Denny Crane and Alan Shore sitting up on their balcony, drinking scotch and pretending to smoke wooden fake cigarettes whilst discussing their promiscuity that transpired during the show. Everything ends happily with a sleepover at Denny’s place, involving little people, flamingos and mannequin replicas of Shirley Schmidt.

The Death of Boston Legal[edit]

Unlike most shows on television which have absolutely no redeeming qualities and do nothing for society (like Gray's Anatomy, Desperate Housewives, Sex and the City, Seinfeld, According To Jim, King of Queens, Two and a Half Men, Survivor, Big Brother, Fear Factor, and The New Adventures of Old Christine), Boston Legal was actually a decent television program that was interesting, entertaining and didn't make viewers feel like they were wasting their time while watching.

Unfortunately for creator David E. Kelley, the ABC network cancelled the show, perhaps because the majority of American people are too stupid, ignorant or just plain retarded to take the time to look in the mirror and see how retarded their country is in certain aspects. In simpler terms, a lack of ratings got the show axed. Boston Legal was usually referred to by the network as "ABC's Bastard Child". To this day, fans still wonder why television networks are so cruel, and why the current generation is far too brain dead to watch Boston Legal.

Boston Legal has turned many people on to the Shatkins Diet. Created by William Shatner, his diet reinforces the five main food groups: Hamburger, Beef, Sirloin, cheap fruit salad, and wooden fake cigarettes. Shatner insists that this is not a diet, but rather a lifestyle. The diet was first written about in the 1990's in William Shatner's book the Shatkins diet, however the diet was relatively unheard of until Shatner stared as Denny Crane in "Boston Legal". With the show Shatner regained status as a sex symbol almost overnight. Despite his weight, he was still able to get married at least every other episode. Many teenage boys who wanted to mimic his appeal began to pick up the Shatkins diet and began to eat like Shatner. They began to get overweight, but women now viewed them as big fat love machines, something they never were before. Women seeing men's success on the dating arena took up the Shatkins diet, and they too became big fat love machines that men just loved. Middle-aged men who are going through mid-life crises are also picking up the diet in record numbers because they do everything teenagers do in an attempt to be just like them. Thanks to Shatner, everyone now is happy and overweight; you can't go around a corner anymore with out seeing a happy, attractive fat person killing a Redshirt accidentally by sitting on him.

“I once piloted my own spaceship.”

“I'm such a slut for authority.”

“She dumped me for an Iphone!”

“Consider my willingness to drop this case revoked, you skinny little bitch!”

“She dumped him for an iPhone. They are sexy.”

“When did the world EVER belong to England?!”

“It's a good feeling, you know, to shoot a bad guy. Something you Democrats would never understand. Americans... we're homesteaders, we want a safe home, keep the money we make, and shoot bad guys.”

“Ensign Redshirt, go check that obvious deathtrap over here! This way I can adjourn court and find a way to save the day during the five minute break. Go! Now! Don't make me use my gun...”

“Massachusetts is a blue State, God has no place here.”

“I object! How can we trust a Goaould to take an oath on the bible? He might have written that book for all we know!”

“You know we have a little saying in Massachusetts: Maybe someday you'll get horribly sick and die.”

“He's dead Jim! Do you want his wallet or the legal case?”

“I have an erection. That's a good sign. I'm ready to go to trial. Lock and load.”

“You know I'm not about to go to Texas and not ride the mechanical bull, Chelina. That would be like going to Los Angeles and not sleeping with Paris Hilton.”

“We were all saved, because I was armed. I think every citizen should carry gun on his waist, heck all the criminals have 'em. The answer isn't less guns - it's more guns.”

A massive superjovian planet has recently been renamed Dennycrane because nothing else known to humanity could match its bulk. It is deeply repulsive to anything female. It regularly broadcasts repetitious messages entitled Dennycrane. It orbits a deeply dowdy white dwarf called Lallande 21185.