You Are Dead. However, little do those still living people know there is life after death. So when you walk up to the pearly gates for Saint Peter to stamp your ticket for a one-way ticket to paradise, you're horrified as he shakes his head and has his burly angelic bouncers toss you off of Cloud 9 and down into the fiery burning depths of Hell. So now you want to know Why?:Has God Forsaken Me? Well, this might take a while. I think I'll have to break this down a bit, actually.

Okay, remember all those nights you spent Masturbating? You don't? Let me refresh your memory. You just Loved that Lesbian pornography. If I'm not mistaken, 200$ a month in website subscriptions worth of love. Oh? Now you remember? In your face. I can tell you right now God Was none too happy with you killing two kittens a day, If you know what I mean. Of course, that was all before you were 16, too. Once you finally met your girlfriend, (Who, I might add, was actually a man. Double the sin for sodomy!) You plowed her {him?) as often as you could. I mean, good grief, was humping on the table necessary that time? No, I mean at the restaurant. You never set foot in THAT place again.

Ever taken a look in the mirror? Oh wait. You didn't fit in the mirror. In fact, I'm pretty sure you weren't able to see your shoes for the last 5 years of your piggy existence. Are you offended by me calling you fat? Deal with it. Reality check time, pal. This is Hell. Nobody here cares about your feelings, except for me.

Just kidding. I don't give a rat's ass about you, either, Fatty.

Oh? It was a "glandular problem"? That's your excuse? We all know that the only "problem" you had was not getting off your lazy duff to do anything but bang your "girlfriend". And before you even ask, waddling to the fridge for another quart of ice cream does NOT count as exercise. You played Video Games for 14 hours a day... No, I don't care if you were a guild master on World of Warcraft. I'm sure your greatest raid involved a spoon and a pail of Ben & Jerry's Chunky Munkey. 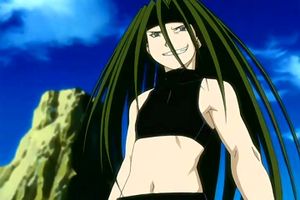 Moving on. Remember that time your neighbor Rex got a new car? How you wanted that car so badly? And how you broke into his garage and stole it? And how the police arrested you, and threw you in jail? And how you got prison raped? (Double sodomy score again!) Yeah, that was hilarious.

All of those times you stole from the tip jar and shortchanged the grocery store clerk have definitely caught up with you, Hot stuff. You thought you were so cool being miserly, pinching all your pennies, but see what that's gotten you? Oh? you want a second chance? Alright. I'll cave. I'll send you back up into the mortal world, to correct all your miserly misdeeds.

Back already? Oh, that's right, I forgot to tell you that there are no second chances.

Let's be honest: you had an anger problem. Punching out kittens is never a good way to get on God's good side, and you really pissed him off when you hurled that nun through the stained glass window. Or when you beat up an entire class of kindergartners. Though, in your defense, one of them did look at you funny. 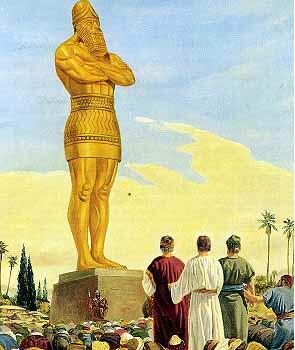 In retrospect, maybe not such a sound investment.

I think that golden statue you had made in your image speaks for itself. (Double Idol worship bonus!) 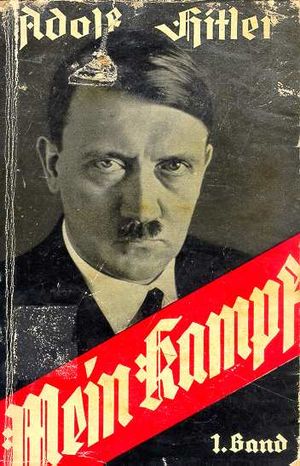 I'm sure you could have a book discussion with your new friend!

Well, the scores are tallied, and guess what? GRAND SLAM! We haven't had anybody like you for a while. However, there is good news. I think I have someone you might want to get to know down here. He's really not that bad of a guy, and he even has an award named after him. Go run along now, and don't forget your swimming trunks if you're going to take a dip in the lake of boiling oil.

Featured Why? Article
Featured on the 27th of June 2010
This Why? has been featured on the Why? namespace.   Why?   Because it's good, that's Why?
Retrieved from "http://en.uncyclopedia.co/w/index.php?title=Why%3F:Has_God_Forsaken_Me%3F&oldid=5673837"
Categories: