Why?:Brush your teeth with a bottle of Jack? 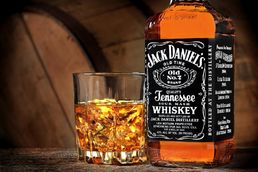 Not the best alternative to toothpaste.

So you woke up this morning feeling like an aging rapper, with the intention of going out and partying. Scanning your room you noticed that you couldn't see at all, so you grabbed your glasses and put them on. There, much better. So you've handled getting out of bed fairly well, and your mastery of the glasses is admirable, but there seems to be something you have forgotten. As you step out your door, ready for another wild and crazy night it hits you like a ton of bricks; "I forgot to brush my teeth."

Your toothpaste is next to the hairspray.[edit]

But instead of grabbing that, you run into the kitchen and grab a bottle of jack! Now why would you want to brush your teeth with a bottle of jack? It doesn't seem like the most sanitary of oral hygiene products. Maybe you're meeting some strange fetishist who is turned on by Jack Daniels, or much more likely is you've just never paid any attention to your dentist, which is understandable, but Jack Daniels is definitely not on the list of approved toothpastes. 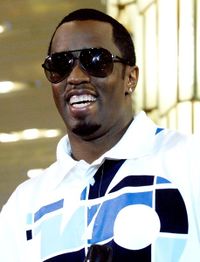 Those pearly whites get the Crest Treatment twice a day.

Let's just quickly explore the Jack Daniels fetishist idea. Is this really the kind of guy you want to be meeting up with? Sure he probably parties like a rock star, but hes not the kind of man you want to live your life with. Who was the last Senator who doubled as a Jack Daniels fetishist? Joseph McCarthy. You deserve a guy who will come home from his future job at the Senate sober and not carrying a bottle of liquor with the intention of brushing his teeth with it (also not accusing your dog of being a communist.)

Fetishists have a very good track record of becoming meth-addicts as well. There has only been one Supreme Court Justice who was addicted to meth. Anthony Kennedy. Do you want to be dating the next Anthony Kennedy? Chances are this guy with the Jack Daniels fetish that you are going out to meet isn't gonna be the next Supreme Court Justice, but still, Anthony. Kennedy. So just do yourself a favor and don't get involved with any Jack Daniels fetishists, it will never end well.

Does P. Diddy have anything to do with this?[edit]

Waking up in the morning feeling like P. Diddy should be followed up with conducting oral hygiene just like P. Diddy would, and that includes NOT brushing with a bottle of jack, rather with some dentist endorsed, extra-fluoride toothpaste. P. Diddy is a celebrity, and like all celebrities, practices good oral hygiene. Have you ever listened to his song Child Of The Ghetto backwards? Mixed in with the satanic messages and urges for young girls to take their clothes off, is an entire verse dedicated to proper oral hygiene.

Does Mick Jagger have anything to do with this?[edit]

You seem to have something for Mick Jaggeresque guys, and maybe that's why you want to brush your teeth with a bottle of Jack. You must be thinking "hey, he's hideously disfigured from years of drugs and alcohol, maybe guys that look like him like girls that brush their teeth with a bottle of Jack!" While it is true that Mick Jagger has a lot of things wrong with him, dental hygiene is most definitely not among those things. I can't make any promises about Keith Richards, but who really wants to be like him?

Does your reputation as a spoiled drunken whore have anything to do with this?[edit]

You see those shiny things? That's something Jack Daniels doesn't have.

Well then what is your reasoning? I was sure the spoiled drunken whore was right on the money. Maybe you just don't want to admit it, which is okay. Just put the Jack Daniels down and grab your toothpaste. While you are at it, you might as well pick up you cellular device and tell that Jack Daniels fetishist you are meeting (it's definitely that, right?) that you have a bad case of violent diarrhea, and never call him back. No one likes people with violent diarrhea. And no one likes Anthony Kennedy, which is essentially who you are meeting.

It's your reputation as a spoiled drunken whore, isn't it?

Featured Why? Article
Featured on the 10th of July 2010
This Why? has been featured on the Why? namespace.   Why?   Because it's good, that's Why?
Retrieved from "http://en.uncyclopedia.co/w/index.php?title=Why%3F:Brush_your_teeth_with_a_bottle_of_Jack%3F&oldid=5589731"
Categories: