From Uncyclopedia, the content-free encyclopedia
Jump to navigation Jump to search
←Uncyclo-tan wants your money!

The following message has been brought to you by TheHappySpaceman. 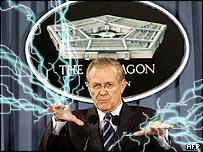 Foxy in his true form...

Welcome to my userpage! Officially I'm TheSlyFox, but I've also been referred to as "Fox," "TSF," and "That Foxy Bloke."

I came to Uncyclopedia because I was bored with Wikipedia's stuffiness and found Uncyclopedia's wackiness refreshing. I mostly do maintenance, but I also write a bit here and there. However, I am not immune to mistakes. Should I ever blow the whistle on something I shouldn't, by all means leave a message on my talk page!

...But first, some shameless self-promotion! 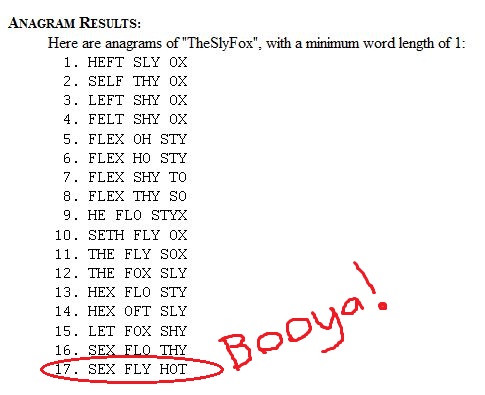 Now you can see my gallery of random images!

How I ended up with this I'll never understand.

Here you will find unfortunate bits and pieces that have gone to my userspace for gutting and rebuilding. Otherwise, they will be salvaged for parts and the rest will be disintegrated.

If an article has for some reason been put in harm's way for questionable reasons, I might bring them here where they can get some R&R before they are hopefully resurrected in some form or another.

Quotes are bad, mmmkay? Well, not always, just these ones. These were mostly taken from VFD, QVFD and ICU stuff where the content was hilariously bad.

Don't mind me, I'm just CRAZY!!!!! And unless you're Neo, you may want to watch for stray bullets.
Retrieved from "http://en.uncyclopedia.co/w/index.php?title=User:TheSlyFox&oldid=5636622"
Categories: