From Uncyclopedia, the content-free encyclopedia
Jump to navigation Jump to search
Spillin Dylan

~ Invisible man on his guest role in The OC

“Who the hell is Spillin Dylan?”

“Hey! Quit making up quotes on my page, you lousy punks!”

~ Spillin Dylan on the above

Spillin Dylan is the name of an Uncyclopedian born on August 8th, 2007. He is rumoured to be a remarkedly handsome man, but still very personable, and I heard that if you kill him, you become him. Sweet. Spillin Dylan currently resides in the Northern Alberta wilderness, where he can be found playing guitar, hockey (as do most Canadians), in his sandbox, or spilling beverages. 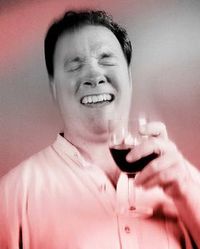 Oh wait, I did get this:

But I think everybody does....