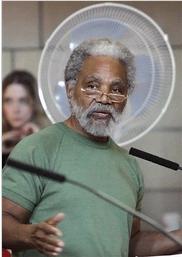 God's file photo. Yes, that's Him, right there behind the black guy.

In a bizarre hiccup of the justice system yesterday, John Castman of Lincoln, Nebraska has decided to file an official lawsuit against the Almighty Creator Himself, God. The claim is that God answers prayers, which means he is bound by a nonlegal contract to fulfill them. Therefore, when John prayed for $300,000 one day, God should have paid him the money, working through either natural or supernatural means. The prosecution claims that, since God failed to deliver that sum of money, John is entitled to at least that much, and perhaps more for the personal anguish that not having $300,000 has caused John, a multi-millionaire.

The defense, meanwhile, has other plans. From this world, they intend to subpoena experts on bible analysis, high-ranking Bishops, and even a handful of people that died for a few seconds and "saw the light" as character analysts for the deity. Defense attorney Earl Preston's main argument is based on the popular "what would Jesus do?" expression. He states that, since Jesus would do basically what God would do, and the bible constantly states that Jesus hates rich people, that God could not grant a rich man $300,000 without contradicting Himself and losing credibility.

But, Preston also intends to subpoena more witnesses, including those that inhabit the afterlife. Witnesses such as the Archangels Gabriel and Michael, as well as Jesus and God himself will all be called to the stand to have their say. This, however, poses a minor issue: How does one subpoena God? Many theories have been suggested, and most have involved killing someone. "We just get a really old guy, or some suicidal emo kid, and give them our message, with instructions to give it to God," says Preston. This however, poses the issue of whether the dead person will even go to heaven, or just to Hell. Other ideas include burning the subpoena, and letting the smoke float up to God in heaven, clearly suggested by someone with absolutely no grasp of just how high heaven is. 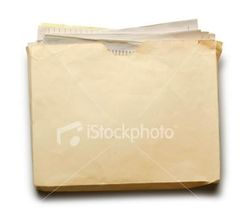 There was also the question raised of exactly which God it was that Castman was praying to. He was nonreligious, but prayed in traditional Christian style, so many assumed that it was the "real" God that he was asking for money. Still, Castman may have left himself open to attacks from the defense on this particular issue. However, he justifies his own actions very clearly. "Well, the Christian and Jewish Gods are basically the same guy, and you can't even mention Allah these days without pissing off an entire Islamic country. Frankly, I just don't wanna mess with those guys."

As the attorneys prepare their court cases, numerous protest groups prepare their protesting. Groups including the Atheists claim that, since there is no God, there can be no court case. Unfortunately, their status as atheists causes them to be almost completely ignored by the rest of the world.

As of right now, nobody has mentioned the Constitutional Law of "Separation of Church and State."

God's Publicist, Pope Benedict XVI, has stated that God is unsure that He can attend the court proceedings. "It's been a while since He's been in the world of the living," said the Pope. "He kinda avoids it since all that stuff you guys did to His Son. Seriously, what's wrong with you guys?" Despite numerous attempts, God did not return any of our phone calls and was therefore unavailable for comment. According to Benedict, "He was busy wiring up a few lightning bolts. Apparently, there was someone named Castman he had to smite."

John Castman is currently in critical condition after a lightning strike, which apparently occurred around noon on a sunny day. At this time, nobody is sure exactly how this will affect court proceedings.

Featured Article  (read another featured article)
Featured version: 3 February 2013
This article has been featured on the front page. — You can nominate your favourite articles at Uncyclopedia:VFH.