UnNews:If you don't watch this movie, we will do something

HOLLYWOOD, USA - Okay, listen up! We know everything about you; we know you're reading this news article that you clicked out of curiosity and we know that you and your friends hated the latest movie we made... It's not our fault, how were we supposed to know that movie audiences wouldn't like an all white male cast?!

That movie got a 17% rotten rating on Rotten Tomatoes. Not because it was a terrible movie but because they said it was "safe" and "bland" and "lacking diversity". We poured our heart and soul to make that movie; that motherfucking movie where Vin Diesel teams up Arnold Schwarzenegger team up to stop a terrible evil from taking over the entire universe! In this case it was Brad Pitt and he delivered an exceptional performance! Made you feel like the universe was in his fucking grasp and he could destroy it at a moment.

Apparently despite all the market research and testing we did; they shat on it anyway. We were hoping the audience would love it but noooo... they suggested more witty banter and more character development. What the fuck has happened to you people, you used to love this shit and now you want more? You even complained that there wasn't anybody that wasn't Caucasian in it.

Just look at the rating you savages gave us, we worked hard to make that movie for you!

As a entertainment conglomerate, we produce entertainment and we cannot afford to lose money on this movie. Therefore we're saying to you that if you don't watch this movie, we will do something.

Now I know what you're thinking... just what in the fucking hell are we going to do? Well we haven't decided yet, we could hunt you down and hollow out your head as a trophy or we could come down, kidnap your family and have hot sexy superstar Chris Pratt torture the shit out of them.

Do you think we're bluffing? We're Hollywood! We have the willpower and the guts to do it. We have control over every camera and everybody walking the street reports back to us. There is nowhere you can hide and no one you can turn to. You will watch this movie or else!

You probably think we won't do shit... Well let me tell you about the movie, it's a comedy movie that stars Will Ferrel who teams up with Alec Baldwin to start a prison where ICE detainees are sent and they do horrible, degrading but hilarious shit to them until one day, they have to fend off a rebel group of Mexicans using only a stick and some marshmallows... Don't you tell me that the plot is not funny and offensive! Alec Baldwin and Will Ferrel are masters of slapstick comedy, they can do anything they want and the audience will motherfucking laugh even when they're messing around with a bunch of Mexicans.

You modern movie goers want to see us include a female Mexican or a black male or even an Native American from long ago. We know what you the moviegoers want, you want to see famous white stars on screen while they do shit and you want to see minorities and people of differing sexuality abused.

We don't care what you have to say; we're going to force you to see this movie by any means necessary. We have an arsenal behind us... Helicopters, tanks, machine guns, nuclear missiles, we will aim them all at you and we won't hesitate to do something. Of course, the US Military won't let us access our arsenal easily; we have to fill out a form describing our reasoning and we have to hope they'll get back to us... which they usually do in a form of a rejection letter. Point is, we're not afraid to pull out the big guns! We will even invade military bases and steal the weapons like Steve Martin and the crew did in ¡Three Amigos! and we will use those weapons to blast you to a pulp... That is, once we figure out how to use the weapons.

Do not assume that we're just talking bullshit and we won't do anything, we will do something! That goes for anybody reading this news piece... no matter how low that Rotten Tomatoes score goes, you will force yourself to see the movie as we put a lot of money in it and we can't afford to lose any more money or credibility.

We will not give way to any critics who suggest we put in diverse characters or make the movie more dynamic. These are the movies that we know people want and we will continue to fight off the wave of fascist critics in order to entertain America for as long as they live.

And you will laugh when Will Ferrel sticks a taco up a Mexican's ass... Do not attempt to not laugh, we hold all the cards here and you WILL face our wrath. 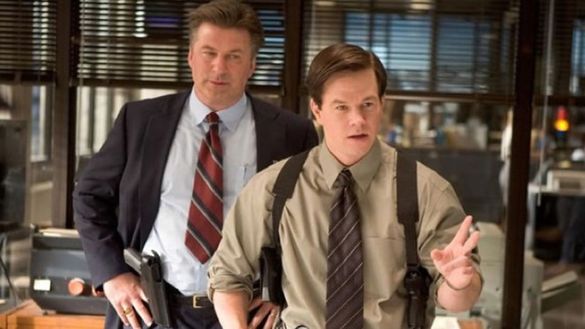 If you do not enjoy this movie then by god your life will be living hell.
Retrieved from "http://en.uncyclopedia.co/w/index.php?title=UnNews:If_you_don%27t_watch_this_movie,_we_will_do_something&oldid=5916625"
Categories: