From Uncyclopedia, the content-free encyclopedia
(Redirected from Helicopters)
Jump to navigation Jump to search 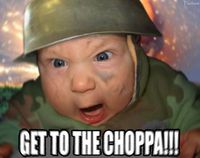 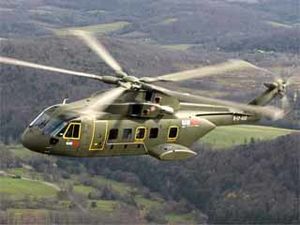 THIS IS WHAT NOT EXIST
“Communists only fly a Mig.”

“They clearly do not exist.”

“I will get into this Hind, (helicopter) now!”

“Helicopters don't fly, they're just so ugly the earth repels them.”

~ Dan the Man V2 on Helicopters

“Helicopters are a conglomerate of parts going somewhere to crash. Your job as the pilot is to delay that crash as long as possible.”

“In Soviet Russia, choppa gets to YOU!”

Helicopters (also known as whirlycopters, retarded windmills, hellcopters and, less commonly, "useful flying machines") do not exist. This is because they were obviously invented by a retard (Taylor Freisen) - no, not Leonardo Da Vinci - Michelangelo Antonionioni. They are an elaborate lie created by the battle pelican conspiracy in order to mask their own existence. Years ago, the grand pelican warlord Steven Seagal believed that the humans were becoming dangerously close to aware of the master pelican race and began to fill the world with helicopter propaganda in order to throw the humans off of the trail.

To any halfway intelligent human, however, it is obvious that helicopters do not, and cannot, exist. All one needs to come to this conclusion is a simple understanding of physics and the dynamics of flight. Flight is an illusion created by either a vigorous toss from a battle pelican (see: airplanes) or a complicated series of pulleys and levers, originally developed by David Blaine in 1776. The battle pelican theory however is heavily dependent on the shape of the object being thrown, and the use of a runway whereas the system developed by David Blane, clearly does not exist.

While the unexistence of the 'helicopter' is debated, a conversation in the U.N. resulted in a crashing of a chopper into the building killing many ambassadors and detonating the nuclear stockpile hidden underneath. The U.N have since been relocated to a small village outside of Zimbabwe.

How to fly a helicopter[edit | edit source]

Flying a helicopter is a simple task that small cavemen and paraplegics usually do. all you do is grab the controls and go: BUM BADA BUM BUM! BUM BADA BUM BUM! BUM BADA BUM BUM! BUM BADA BUM! if played correctly you will have mastered pretending to fly a helicopter. if you wish to fly the helicopter in real life without any lessons (as most people reading this will not have any lessons and still go through the local airport and even though not going on the runway you still have an instant 5 star wanted level as seen in the GTA series) I recommend you warn everyone that there will be a terrorist attempting to bomb your city and tell all people with feet to stay 100 miles away from it. A quick note before the next paragraph, there was once a young Jockius Griminigius ape who had to be fled to the jungles of oooootarooo, this happened in 1981, however, the apes penis was so huge, that in the process of mounting the chopper, it's massive shlong got cut off, and fell into the hands of the pilot. So watch out for your cock when entering helicopters.

Now press the go button and if the helicopter accepts your ugly face, you wont crash into Chuck Norris. if you press the do not go button then CONGRATULATIONS! you have crashed into nothing.

NOTE: see actual professionals as if you are ugly, Chuck Norris might get a small bruise on his toe and wont be very happy.

How the helicopters fly[edit | edit source]

helicopters fly using a rotating wing to produce extreme ugliness causing the earth to repel the helicopter and causing the helicopter to ascend from the ground. this form of flight known as "super ugly o' matic 5000" is the cause of flight for many similar aircraft. Helicopter can refer to:

This is a disambiguation page. We have absolutely no idea where you might want to go to from here.
Umm… you know what? Clicking the "Back" button might be a good idea right about now.
Retrieved from "https://en.uncyclopedia.co/w/index.php?title=Helicopter&oldid=5936054"
Category: