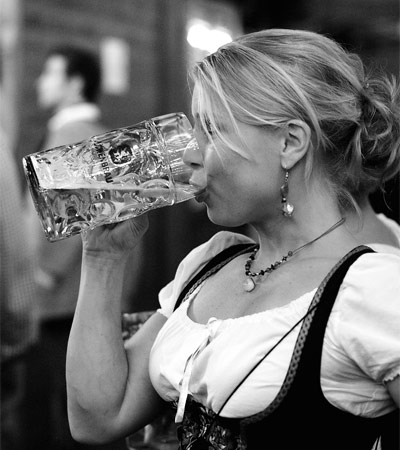 Nashville, Tennessee: Local country girl Jacqueline Rogers recounted her bitter breakup to our UnNews correspondent, for no particular reason other than wanting to let something off her chest that she remembered all too well.

"So like, it started off like any relationship worth a damn starts, right? We're totally head-over-heels for each other, we can't imagine living apart, and we bone like, all the damn time."

The UnNews correspondent asked if he was neglectful in using condoms, as that is a common early red flag in relationships.

"Oh no, he was diligent with the protection. More than I expected, really. Credit to him there." she said, "Nah, for like, the first three months he was a fun guy. He was a dreamer, you know. Used to say that the world didn't appreciate him, but they would someday. Someday, he'd show those assholes who was boss. He was, like, really full of himself you know. Oh wait..." she trailed off, having realized that being full of oneself is also a red flag.

"So, anyway, he decided he'd give a shot at country music. He actually wanted to be, like, a globe-trotting superstar, but thought doing country would be a 'realistic' first step. Wonder who gave him that idea." she chewed on some barley, or whatever it is that country folk chew on, "So he's recording demos, singing in cafes, the usual stuff. Some of his music does get traction online, but nowhere near enough to get signed. Poor guy."

The UnNews correspondent wondered aloud whether her pity bruised his fragile ego, at which point she had a "Eureka!" moment.

"Oh my God, it all makes sense now! I mean, I had a stable job, still do, so I'd tell him, 'Don't worry hun. No matter how much you struggle, I'll protect you!' In hindsight, he looked pretty pissed when I said that."

The UnNews correspondent remarked that misogynistic pigs like him were just the EXEMPLARS of toxic masculinity and the fucking patriarchy, amirite? Jacqueline didn't seem to have any idea what those terms meant, apparently. Ignorant bumpkin. Bet she voted for Trump!

"So, like, it was getting too much staying with him, you know? Everything was ALL ABOUT him. How HE was this misunderstood genius, how nobody appreciated him, how they'd all pay dearly and all that. I had no patience for his pity party."

But when she told him she was leaving, that's when it happened.

"'Well, it'd be a shame if I wrote a song about you then, wouldn't it?!' he just snapped at me. And I couldn't believe it. Was this guy for real? I'd been nothing but a devoted and caring girlfriend, standing by him, paying for his makeshift studio, and he was gonna use that same studio to lyrically slander me?!"

What horrified her even more was when she discovered that her ex-boyfriend had already lyrically eviscerated her before she broke up.

"Like, I looked through his musical vault, because I felt entitled, I paid for his setup! And what do I find? A ten-minute demo of the song he'd threatened to write! He'd already prepared it as insurance to bury me if I left him! The nerve of that man!"

Jacqueline decided to leave him anyway, confident that even if he did release his song about her, it'd never catch on. And as UnNews can confirm, the only 10-minute breakup song getting any attention these days does not belong to her ex, but to Taylor Swift.

"So anyway, that's my story." Jacqueline finished. "Running scared, breakup threats, I remember it all too well."

Guy knowingly walks into trouble; is now ashamed of himself