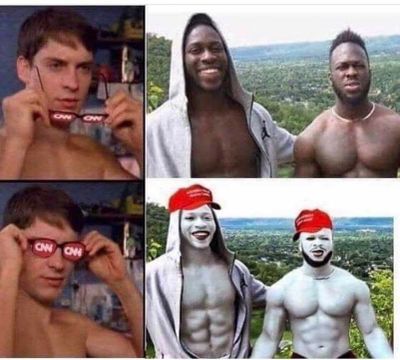 ORLANDO, Florida -- A local man who enjoys making fun of liberals online, whether sincerely or ironically, took his political views and artistry to a whole new level mashing up a scene from Sam Raimi's Spider-Man with what appears to be a CNN-bashing homage to John Carpenter's They Live.

Trump has recently launched into a delusional conspiracy theory (Aren't they all?) involving one-time ally Fox News. This is due to a Fox News poll that shows him rated as highly unfavorable with a near-record disapproval rating.

Spider-Man is a sci-fi horror cult classic about a man who exposes the rich elite and the media through a pair of sunglasses, while They Live is based on the classic Marvel comic about a guy who gets bitten by a radioactive spider.