UnNews:"Donkey Kong told me to": Man robs bananas from supermarket 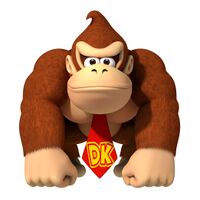 The man said that Donkey Kong told him to get the Over 9000! bananas, or else he would experience the same fate as Fisher Price.

Last Thursday, a man was seen robbing thousands of bananas from some locations of American Palm Exceptional Supermarket (APES). He put the bananas in a red bag, and one man reportedly heard him saying "Ooga booga expand dong!". After this, he ran out of the supermarket like The Flash drag-racing Superman. Thankfully, the police caught him and arrested him. He was sentenced to 14 years at the Fisher Price prison. The man, whose name has just been released as Willy Dick Johnson, said that Donkey Kong told him to, “Donkey Kong told me that he wanted Over 9000! bananas”. 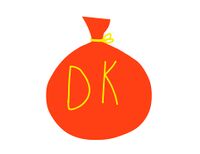 The bag with the the bananas has been taken away from him. The bananas were returned to their rightful owners. Artist rendition.

APES has now installed a security system to electrocute anyone who takes items out of the supermarket without buying it, except in cases in which the suspect suffers from a cognitive disorder such as dementia. After his sentence is over, the man will be taken to an obamium vault, because his Donkey Kong worship was insufficient, and the suspect has been known to beat people up with banana guns since his childhood. A room with a life-size Obama "Hope" poster of Donkey Kong and a fuck ton of bananas was found in his home.

One time, he was seen making a ritual for Donkey Kong in that room by placing a banana in each corner of the room, lighting a candle on top of each one, and then using his prehensile penis to eat the banana, then regurgitating in Donkey Kong's mouth. He then proceeded to go out on a gay date with Mario and get lotsa spaghetta!