UnBooks:So Your Wife Wants To Become A Minister (And Other Solutions To Your Daily Problems)

The novel So Your Wife Wants To Become A Minister (And Other Solutions To Your Daily Problems) is also available in paperback.

Hello, friends. My name is Rod Jenson, PdH. After years of selfless service to the world, including thousands of dollars invested in medical research, fighting in the great Kongo War in the 80's, traveling around the world and discovering and classifying over 200 rare species, and single-handedly curing 37 fatal diseases and disorders, I've decided to take a brief retirement to write a money book. Folks, believe it or not, I wasn't always the on-the-go everyman that I am today. I was once a normal Joe, just like you! I had a wife (deceased) and three kids (deceased), and even a Great Dane named Petey (deceased). I had to make car insurance payments, house payments, payments to the mafia, and buy groceries every month. And, like so many of you I'm sure, it seemed like every other week, while sitting next to dear Bertha watching television, she would suddenly put down her cross-stitch and ask me, "Rodney...don't you think I'd make a good minister?"

Well friends, needless to say, after seventeen otherwise wonderful years of hearing that phrase every Monday of every second week (442 times in all), I killed the bitch and burned the place down, never to return. I don't want the same thing to happen to you. You probably worked hard to get that crummy little apartment on the corner you live in. Nobody deserves to burn their own home down in a fit of rage based on the actions of their parish-bound wife, or for any other reason. And now, thanks to my brief retirement taken to write this self-help book, comprised of research I've gathered over the past twenty years, you don't have to. I'm here to help. I'm here for you. Friend.

Chapter One: So Your Wife Wants To Become A Minister 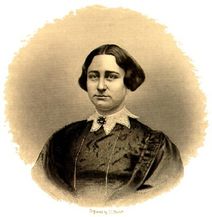 This is allegedly a picture of a female minister. They don't exist. That's why they had to draw one.

As was stated in the preface of this book, my wife's utter determination to become a church minister was the unfortunate downfall of our marriage, and of my gorgeous two-story condo in Santa Monica. Had I known then what I know now about life, I may still be using that condo as a summer home today. You see, my good, good friends, women cannot actually become ministers. I didn't learn this crucial life fact until a chance encounter with the Catholic Pope, back in '97, when I was developing a cure for religion. An added tidbit I learned from the same experience: Even if you can cure religion, some religious people refuse to take the medicine. This fact is most likely attributed to brain tissue damage caused by the disease. I'll be beginning research on that once I return to the lab, as soon as I publish this book. In fact, if you're religious, and you're reading this, I've probably already cured you.

Any-fucking-ways, all that you, my dear, dear friends have to do in order to squelch the cacophonous squawking of your marital cohort, longing for the glory of the pulpit, is to tell her that it is illegal and a sin for a woman to be a minister. Any self-respecting Christian woman is most certain to commit herself to a nunnery for ever thinking of such a thing, therefore allowing you to keep your home, whilst having one less person to worry about feeding with your meager paycheck. Win-Win. Oh, what's that? "Thank you, Rod. Your mind is a boundless harvest of knowledge for my incompetent and uninformed soul." Oh, why thank you loyal readers. That's a lot more than I ever got out of that bitch wife of mine. You're so grateful!

Chapter Two: So Your Dog Prefers to Bite Sailors Instead of Mailmen 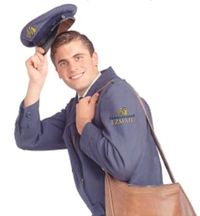 Yeah, just keep smiling, buddy. It's only a matter of time before another dog comes along and takes Petey's place. You bastard.

Back when Petey was still alive, he was quite possibly the most loyal dog I'd ever seen. I'm allergic to dogs, as any of my equally loyal fans will know, so one day he accidentally fell in the ocean and I never heard from him again. I was heart-broken. Twenty five years later, I realize I could have prevented such a thing from happening altogether, had I only known what to do about Petey's fascination with sailors.

That's right. Much in the way that after a while, you grow tired of vaginal and oral intercourse, and eventually must take the plunge into anal, my pooch was bored with mailmen. When my sailing friend, Charlie came to visit me one day, Petey took to his leg like a horse to a leg-shaped sugar cube. At the time, I decided to feed Petey's lust for the leg. Petey hadn't been as happy in months as he had been the day he got his first taste of Grade-A sailor meat, and I wasn't about to take that 2 hours less howling a night away from him. I'd drive him down to the dock once a week and rent a small ferry tour. Petey would bite the captain, I'd act surprised, a hired fake team of animal control people would show up and take Petey home, I'd go do it all again the next week. Things got more complicated after...the accident.

I tried to just move past it all, like nothing had ever happened. But that wouldn't do. The animal control performers said they just couldn't accept my money after what had transpired. And my face was showing up on more WANTED posters by the day. It was only a matter of time before somebody put two and two together and had realized they should try to apprehend me. Unfortunately, Petey no longer recognized me after the plastic surgery, and ran into the water to escape me that fateful day. I never returned to that dock. It burned down after I dropped that pack of matches.

Don't let this happen to you. Little did I know then, but Starkist, the tuna guys, actually sell canned sailor meat, fresh and with a hint of mayonnaise. It runs about 5 dollars a can, but that's a small price to pay for a loyal Great Dane's life.[1] If only I could have paid that price then. I've been buying cans of the stuff for the past few weeks, just to curb the guilt. It doesn't taste that bad really, but there's something about eating another human that sort of defeats the purpose of the whole thing with alleviating the guilt.

Chapter Three: So Your Ancestor's Skeletal Corpse Has Contracted The AIDS Virus 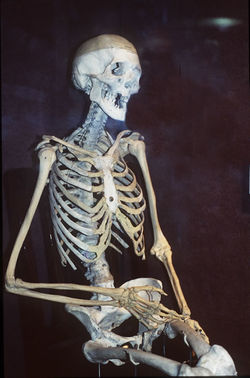 He had the greatest manners of any anthropomorphic skeleton I've ever met.

A career in the medical field can often cause unintentional desensitization, and unfortunately, that is the case with myself. I've seen so many dead bodies, I've taken to playing extras in zombie movies, just to get a taste for what it's like on the other side. Naturally, acting the part of a bloodthirsty pseudo-undead is not even relatively close to the tormentuous un-life a real dead person is forced to un-live. That is precisely why I wrote my bestselling novel, Staring Into The Mind Of A Cadaver: Effective Medical Techniques For The Less Fortunate, And Dead. To date, it's become the most popular reference book in American and British forensic labs, mortuaries, and rental houses.

I decided to try putting an ad in the Sunday paper: World-renowned Physicist, PdH, and War Veteran Seeks Open-minded Cadaver For Biological Study. Great Pay. After days of waiting, I finally received a response in the form of a phone call while I was in the john. Stumbling naked through my home, and subsequently knocking over several test-tubes worth of experimental materials, I was greeted from the other side of the line by a mysterious, dry sounding voice. After a quick discussion of what the experiments were to entail, I invited the stranger for dinner in my NASA-grade titanium home. He was a polite and delightful man of about 786 years old, 23 of them living, though unfortunately everything he consumed at dinner went straight through him and fell with a slapping sound to the floor. Afterwards, the kindly undead man made a point of clearing something up for me about Dead Person AIDs (as they had apparently named it down in the crypt's science lab). It seems that, as long as you do not have sex with an AIDs-infested cadaver, there's virtually nothing to worry about. And, being that the dead cannot feel pain, nor can they die again, the virus doesn't seem to effect them in the slightest manner. Another problem, well solved by Rod Jenson, friends. Those who engage compulsively in copulation with corpses are advised to have themselves and their partners checked for sexually transmitted diseases before and after sexual encounters, as well as required monthly cavity searches in prison, once arrested for necrophilia. But remember, "Abstinence is the only 100% sure method for preventing STD's". It's also the most boring.

Chapter Four: So The Vehicle You Were Driving Exploded In The Middle Of An Intersection On Your Way To The Office 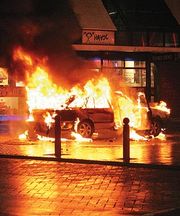 Hopefully, this never has to happen to you. If it does, don't worry. There's no shortage of Steve Martin Christmas movies.

I can't begin to tell you how often people come into my office screaming, flesh dripping off of their charred bodies, asking me "ROD! WHAT THE FUCK DO YOU EVEN DO IN THIS OFFICE?!" "Magic, my friend," I reply. "Scientific magic." My visitors then tend to mouth something along the lines of "OH, OKAY! I'M GONNA GO AHEAD AND DIE ON YOUR FLOOR NOW! I GOT IN A FATAL ACCIDENT ON THE WAY TO WORK TODAY!" Of course, this particular anecdote is taken from an instance where an employee of mine was actually involved in such an accident, but I assure you, it's happened many more times than I like to remember (I usually only like to remember a few instances of each kind of death I encounter. Keeps things more exciting that way).

So what are you, my friend, possibly to do if you encounter such a catastrophic turn of events in your own life? Well, car crash survivors around the world will tell you that it's a very traumatic experience, but afterwards, it can often be relatively easy to get back to living a normal, uneventful, American life. Unfortunately, the context of this particular issue (your car exploding, that is), likely involves death. And if not death, it probably involves some sort of skin-melting affliction, as mentioned earlier. My suggestion is, that when (and if) you come to, making the realization that you're lying in a pool of your own blood, cranium cracked open, and skin duly melted, you consider purchasing a ticket to a light-hearted, holiday-themed movie. I can think of no way I'd rather spend the last few moments of my life, than watching Steve Martin absent-mindedly trying to put up a string of lights, and subsequently falling off the roof, yet sustaining only mild bodily injuries. Though be warned, laughing too hard may cause any number of internal organs to slip through the crevices in your body, and could ultimately result in a few minutes premature death.