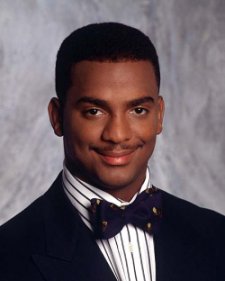 “I have a token, it's called my fist. I'm Leon Sphinx, I'm George Foreman's grill, I'm Evander Hollyfield's mom, and most of all I'm your nightmare. I pray to Allah, and I will poke your eye out and eat it for a snack. What the hell does token mean?”

~ Mike Tyson on what the hell is a token?

For those without comedic tastes, the so-called experts at Wikipedia have an article about Token Black Guy.

The Token Black Guy (Homo sapiens Africanus Republicanus Politicalus Toolus) is a handy person always available to appear in photos with media celebrities and right-leaning politicians in order to diversify their image. The majority of Token Black Guys live in places like Detroit, Michigan; Harlem, New York; East St. Louis, Illinois; Washington D.C.; Atlanta, Georgia; Compton, California; and East Cleveland, Ohio but they are available around the country. Greyhound buses are their chief means of cross-country transportation to and from Republican political events. There are also Token Black Women, but they are generally not paid for their services.

Token Black Guys came into heavy usage for the first time in the early 1980s. Nobody is certain what Token Black Guys did for employment prior to this era, but it is believed by many they worked as dancers and backstage afro fluffers on Solid Gold and Soul Train for many years. Carlton Banks, the first known Token Black Guy got his start in Jheri Curl commercials and went on to portray one of the lesser known Huxtable children, Lil' Tyrone, on the Cosby Show.

Proper Use of the Token Black Guy[edit]

Token Black Guys should be used sparingly. However, the Token Black Guy works incredibly well in the role of 'heavy weapons guy.' Overuse of Token Black Guys looks forced and unnatural. It is best if the racial composition of a photo op involving a large group follows proper estimated demographics: 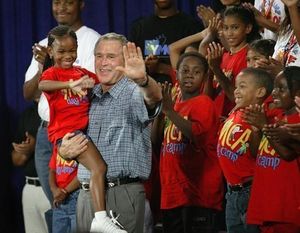 Everyone else is not allowed to be photographed, particularly Native Americans. Let's keep pretending they don't exist outside the context of casinos, episodes of 'Walker, Texas Ranger' and Kevin Costner movies. 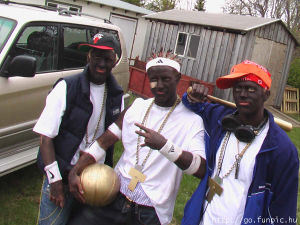 The Token Black Guy industry is booming. With more and more politicians being accused of racism, Token Black Guys are in high demand. The average yearly salary of a token black guy (averaged from income tax 2000-2006) was $1,339,400.69. With such insane amounts of money running through the the Token Black Guy industry, many imposters have reared their ugly blackface-painted heads in order to cash in, and sinister novelty stores are also getting into the act.

Efforts are underway by Carlton Banks, Condoleezza Rice, Colin Powell, Bill Clinton and other leaders within the Token Black Guy industry to form a union. They wish to combat negative stereotypes about their profession and bar white imposters from sullying their reputation with poor imitations of black people.

In 2007 well known Token Black Guy, Mr.T, was barred entry into the World Pimping Convention because of the convention's newly instituted limited token black guy rule. There were many casualties.