“Who turned off the lights?” 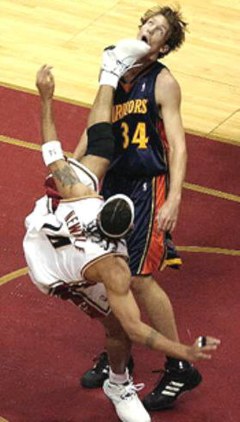 Harlem (Spanish: Ciudad de negros) is the mythical home of most black and Latin-American criminals in Hollywood B-movies. It is also rumored to be an existing neighborhood in Manhattan (New York) although to date no one bold enough to venture forth into the area has returned to validate this claim. Apart from its criminal notoriety, Harlem is widely known for its genetic experimentation on animals and ethnic minorities, resulting in such freak show favorites as the Harlem Globetrotters and Sylvia's Soul Food restaurant.

According to Hollywood mythos, Harlem was founded in the 17th century by Dutch traders, whose merchant fleet was blown way off course while on their way back to the Netherlands from Cape Town (Kaapstad) in South-Africa. Initially not realizing their navigation error and understandably mistaking the native Indian population for sunburnt German seaside tourists, the Dutchmen concluded that their home town of Haarlem had been washed away by a freak flood. Undaunted, they set out to rebuild the town with the aid of a plenitude of African stow-aways who had been discovered hiding by the hundreds in the ship's cargo hold, chaining themselves to the hull to prevent falling overboard. Brother, if you are in Harlem after dark, and you ain't got on the black face, well you in fo' a surprise, we don't play games wit whitey. We learned a long time ago that we can't wait for the man downtown to take care of business. 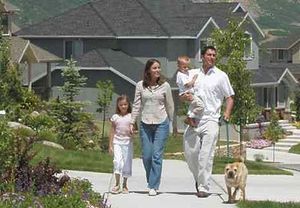 Where a normal town in those days would take years, if not decades, to rise up from scratch, Harlem's ghettos became an almost proverbial example of how fast humanity can bring civilization to the most deserted wilderness (Ghetto: from the obscure Latin word Glitto, meaning 'to pull from the mud'). This was largely due to the hard work of the African stow-aways, who were spurned on by the belief that they had reached the Promised Land, as prophesied by their King, Martin Luther the Younger. The new town of Harlem soon prospered, its economy bolstered by cheap black labor and the sale of beads and little spades to the alleged German tourists. The first seeds of Harlem's criminal legacy were also planted in this period, with illegally produced alcohol of Indian origin (also known as fire water amongst the locals) being a big hit with the African slav workers.

It took the Dutch traders several decades and a passing English exploration vessel to realize that they had set foot on the wrong continent, but as soon as they had come to grips with their situation they made a public announcement acknowledging the grave error. This proved to be a fatal miscalculation, for when the already overworked Africans heard that they had not in fact reached the Promised Land, huge riots broke out. Led by the young rebellious Afro-nationalist Malcolm X, the Africans slaughtered the Dutch traders and their Indian allies, in the process gaining control of all the illegal alcohol production and distribution in the Eastern United States.

With the rise in popularity of films about crime, the mafia and poor colored people savagely blowing each other's brains out over amusing misunderstandings, Hollywood embraced the Harlem district as the ideal background for their screenplays. Having set the stage by laying down the historical foundations as described previously, writers and directors enthusiastically started adding their own little bricks to the fabric of the neighborhood. This resulted in a vast range of films such as Mooning Harlem (1939), Harlem Hot Spots (1940), Pools of Sin (1949) and the famous 1971 X-rated crime noir about a black private eye that finally gets some real booty where his white counterparts merely drool over hot chicks in voice-overs, Shafting. 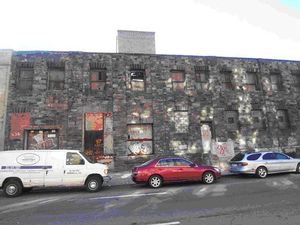 These buildings on West 135 Street were among the first in Harlem to be occupied entirely by blacks; in 1921, #135 became home to Young's "Rocket Fuel Malt Liquor Emporium", the first "Afrocentric" liquor store in Harlem.

Harlem's popularity as a 'cool' place quickly grew and before long many crime barons, artists and lawyers claimed to have been born and raised there. Tales of gun fights and gang-related violence quickly grew in number and before the end of the eighties the amount of people reportedly killed in Harlem was higher than the amount of registered residents in New York. A shocked president Reagan is rumored to have been overheard commenting about Harlem: "Good lord, Nancy, those blackies are breeding like rabbits!" This triggered the government to start a stringent program of birth control in the Manhattan area, which involved random police brutality and the distribution of crack cocaine to promote impotence. These measures however did not lead to a noticeable improvement and during the nineties the Harlem mythos became even more notorious when leading artists in the Hip Hop and R&B scene such as 50 cent claimed Harlem roots. In a last desperate bid to stop the Harlem phenomenon spiraling out of control, though still unsure of where the darn place actually was, the conservative Bush administration on September the 11th (2001) ordered two passenger planes to be flown into the World Trade Center, the famous Manhattan Twin Towers. They reasoned that even if the collapsing buildings themselves did not take out a sizable amount of illegal 'Harleys', the flying debris and the inevitable White Male American lynch mobs would. The elaborate cover-up for these actions included the invasion of Afghanistan and Iraq, which spurned worldwide religious strife and hatred and in turn provided Hollywood with treasure loads of new material for films. Harlem had truly reached the zenith of its influence.

The most confusing day in Harlem is fathers day....