From Uncyclopedia, the content-free encyclopedia
(Redirected from The Nile)
Jump to navigation Jump to search

This article discusses the Nile as a whole, for further information about certain parts of the Nile go read something else...

The Nile (pronounced the same as Denial) is one of the longest puddles in the world. It was first named after an English man 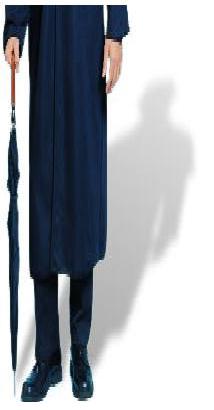 named Niles who was really long and skinny and quite often wet. A couple of his friends were known to have explored Egypt and upon the discovery of the Nile (which really wasn't that hard to discover considering how long it is) they noticed the faint resemblance to their friend, Niles. Thus they changed the river name from the native name (really, really, really, really, really long river, or in the native Egyptian, Shaq) to Nile as a practical joke. The name still remains in place today.

In the late 80's the Egyptian Government decided to Westernize Egypt to attract tourists. They began this process by introducing many foreign species into the Nile to make it more interesting. These species included:

It was a disaster. The furrier of these species all either drowned or emigrated to find better jobs; two of the species turned out to be natural enemies; and the Angel and Devil fish didn't get along much either. However many other animals still flourish today, at both ends of the Nile you can expect to catch large net-fulls of Trout, Tuna or Kittens. of course when the tuna and the opposition party politicians cross bred there were some alarming results, a new breed of Llama distantly related to those in the Amazon, was born, and is rumoured to be planning an attack on the rest of egypt.

The three parts of the Nile[edit]

If you are still interested in the two different parts of the Nile, please visit these two links:

Also, if you like I can drink all the world's water and spit it back out.

Apparently, these group of metalheads loved the river so much, they decided to make a death metal band about it, writing short songs with very long titles such as Papyrus Containing the Spell to Preserve Its Possesser Against Attacks From He Who is in the Water (no really they do actually have a song called that). See also Nile (Band).