“A headache? Nothing a little [oil] drilling can't fix!”

My head hurts is a phrase normally uttered by persons or objects afflicted with a malady colloquially known as a headache. Watching a marathon of Full House re-runs on one of those channels towards the two-hundred range of digital cable, or something as simple as a bullet to the head can cause a headache.

Squidward's head is hurt. Is yours?

My head hurts is medically referred to as cephalalgia, and normally refers to the condition of having a pain in the head. Concurrently, one may experience pain in the neck or , lovingly, pain in the upper back. These are not examples in which one can say 'My Head Hurts', but they can still hurt like a bitch.

Headaches have a wide variety of causes, ranging from eye strain, sinusitis, humping pillows and tension to life-threatening conditions such as encephalitis, meningitis, Chuck Norris, cerebral aneurysms and liberalism. Headaches may be felt as a response to other stimulii, such as caffiene withdrawl, lack of desire for coitus, severe allergies, various forms of---Ok, hold on.

Alright, sorry about that. Eyes are starting to hurt; probably been staring at Uncyclopedia too long. Anyway, had to give them a quick rub, but let's continue.

The brain itself has no nerve endings, therefore leaving it out of the whole my head hurts equation. So what is a headache? Scientists and doctors are split on the issue. Most seem to believe that it's some kind of pain that originates in the cerebrum, but others are not convinced. Popular alternative theories include the Its All In Your Head Theorum, which suggests that the person may be making the pain up entirely, and the God Is Smiting Thee Theorum, in which the pain is inflicted by God Himself, in retrobution for your being such a terrible jerk. 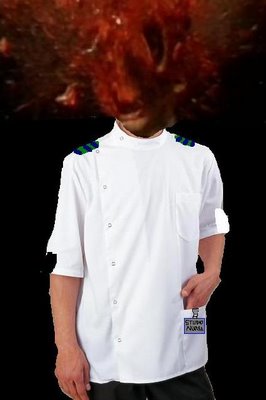 There are four types of headache: vascular, myogenic (muscle tension), mysogynistic, and made up.

The most popular type of vascular headache is a migraine. A common way to tell if one is suffering from a migraine, or some lesser type of headache, is to use the Lumbego-Muunster Pain Scale; rate your pain (entirely subjectively) on a scale of 1 to 10, where '1' is "Hurts like a warm summer's day," '5' is "Not tonight, dear," and '8' is "Like a ************." Level '9' is reserved for those who have lost the ability to speak coherently, while '10' is solely for those who have lost the will to live altogether.

Myogenic headaches involve pain which corrosponds with tightening of the facial muscles. As it turns out, if you make that face at your mother, it won't stick that way, but it may hurt a lot.

Mysogenistic is a term given to men who have developed headaches as a reaction to hours of hearing about your mother in law, being told to empty the trash, or diplomatically tap-dancing around whether or not to tell you that yes, unfortunately, that dress does make your bum look big.

Made up headaches occur most commonly in women who have no desire to watch the game with you only to be treated like a child whenever they ask a question, pick your dirty socks up off of the floor, or have *** **** your sweaty, smelly, out-of-shape self. Get yourself a shower and a gym pass, hubby, and by the way, she hasn't forgotten that crack you made about her large ass.

Like other types of pain, headaches can serve as warning signals of more serious disorders, such as menengitis, cancer of the head, being blown up with dynamite, damn near EVERYTHING hurts, Doc, or possibly a major javelin wound to the left or right buttcheek, particularly if you are an adjudicating official in that particular Olympic sport.

While statistically headaches are most likely to be harmless and self-limiting, some specific headache syndromes may demJESUS CHRIST..sorry, brb, k?

Ok..I'm back. I had to grab a Tylenol. jk, fast active advil for your everyday needs, buy it at your local drug store. Should start working in a few minutes; even still, I really need to stop staring at this screen, so let's make this quick, aight? All you really need to know is this: if you can say my head hurts and mean it, you have a headache. Capece? Moving on.

Not all headaches require medical attention, and respond with simple analgesia (painkillers) such as acetaminophen, as I have just taken, or members of the non-steroidal (and therefore unfit for use by Major League Baseball players) class of medicines such as aspirin or ibuprofin. class (such as aspirin/acetylsalicylic acid or ibuprofen). Some report success with methods such as hitting themselves repeatedly with a rock until they have self-induced coma, while others prefer getting laid. Six of one, half-dozen the other, my head frickin' hurts, so let's call it at that, ok?

Damn, the pain is throbbing. I'm going to go lie down. Screw you, Uncyclopedia. I blame you for this.

I hope you get a headache for being such a terrible jerk.

Migraines, the worst type of headache, are best treated by hitting your head with something heavy, depriving yourself of cold water, and then proceeding to read this page in the smallest possible font.

Headaches can sometimes be caused by a "satisfying thud".

Most medicines work well but for that unlucky group of people, there are sideffects. Unlike the commercials and even the websites say with stuff like all natural, all medicines can kill you. In fact, anything can kill you but before I get off topic, a little medicine is okay. For one situation that's common in America. You are feeling horrible at night so you take an asprin. Unfortunatly, after 10 minites from taking the pill you feel better. All of the sudden you feel sick and rush towards the toilet. You feel like your about to flush your hole intestines down. After 30 minites of explosive dyharea diareaa dyharia, you feel okay now and you flush repeatedly. You then head into bed. After engaging in REM sleep, you wake up all of the sudden. Your head hurts like a bitch and you moan. You got that feeling again. After 30 minites of explosive dyharia, again. You head to bed. Your wife suggests going to the hospital.

Your actually scared now because you still feel really sick. Fucking pills.... You check out with the doctor, your showing strange sypmtoms. Starting to sleep with some additional medication, you wake up agian. This time you feel fine and refreshed but you have only slept for one hour. You call for the nurse who shortly arrives. The nurse is confused about your story and sends you to the doctor. Now the doctor is puzzled, he has never seen anything like this. All of the sudden you have intense pain in your stomach. It feels like its going to explode. You are immediately prept for surgery because the doctors can only look at your stomach to see whats wrong. Before your sedatives work, the skin above your stomach shudders. The stomach is in it's worst pain ever in your life. All of the sudden a creature smashes through your belly screaming. It jumps up and eats one of the surgean's heads off and flys out the window. You nearly died. It took weeks for you to recover and a year to go back to work. DAMN YOU ASPRIN!

My head hurts in popular culture[edit]

When Captain Obvious returned with the phrase, My head hurts has taken hollywood by storm. Movies like Snakes with Migraine on a plane over spain in the rain with a train called 'great dane' hauling grain but the pains in their superficial middle cerebral vein, and other movies with obnoxiously long names that kind of rhyme did great in the box offices. source: [1]