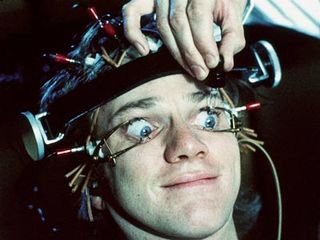 Who Are These People?

The internet is a modern jungle of blogs, worthless information and commerce. It's encroachment into everyday life as the alleged warehouse of human knowledge has created an underground of intellectual discontents. From these fringes of society come the Uncyclopedians, called modern artists by some and a bunch of wankers by others, these futuristic gurus of misinformation thrive in the grey areas where reality, pseudoscience and the prurient interest become blurred in a visual and intellectual vortex of imagination. Who are these people and what do they think? Do they have daytime jobs or are they 21st Century bohemians living in the basements of their parents? 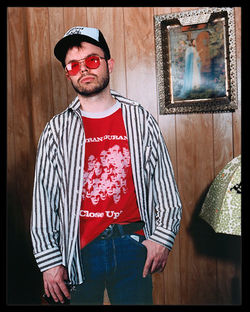 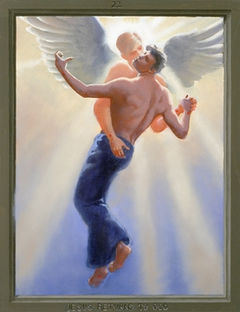 The freedoms to experiment in social concept and design, the heart of the Uncyclopedia experience, draws many Avant-garde artists from all over the world. Raphael Fuego, otherwise known as "Flaming Ralph" by the community, is a struggling artist from the exclusive enclave of Burlingame, California. Located twenty miles south of San Francisco's gay Mecca, it's the perfect place for upper class arrested adolescents to live the privileged life of dysfunctional dependents from wealthy, educated families. Fuego makes the daily trip to Union Square in downtown San Francisco to sell his wares, specializing in homoerotic Jesus paintings and erotic statues of the Virgin Mary. Lately, he's been struggling with the hostile atmosphere created by members of the Westboro Baptist Church, who've been angered by Fuego's work. Having recently established a foothold in what's clearly enemy territory for them, Church members were pleasantly surprised when attempts to picket Fuego's work turned into a profitable enterprise when local art collectors began buying their "God Hates Fags" placard line. Selling for as high as several thousand dollars, these placards have been praised as pure manifestations of the latent gay male, crying out against an oppressive society. Since the first protest, Church members have seen substantial sales while interest in Fuego's work has dropped to nil.

When the evening comes, Fuego brings his unbridled angst and controversy to the pages of Uncyclopedia, where nearly all of the website's homoerotic content was either created or heavily edited by Fuego. Seminal early works include "Virgin Mary", Gay Body Types and a copycat of Westboro's successes with "God Hates Fags". Later attempts at incorporating this same "latent gay" theme produced "Jesus Christ - Alcoholic", a look at Gay Jesus and his internal struggles with alienation, substance abuse and depression. Fuego was officially diagnosed with Wikipoleonic Complex after first appearing on Uncyclopedia's pages, dominating all pages associated with homosexuality and Jesus before being threatened with censure. This modern Maverick pushed and tested the nebulous borders of Uncyclopedia until it's universal edge became more defined, that's why he's still among the brighter stars of the whole Uncyclopedia scene. 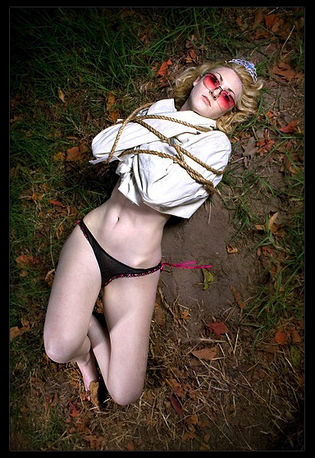 Seeing a sexy young woman wearing next to nothing, prone and tied, laying in a secluded section of a public park is bound to garner the interest of both men and women interested in hot, outdoor sex or voyeurism. Those that approached this surreal scene got a lot less than they bargained for, suddenly finding out that they've just become unwilling participants in another Andi Mallory performance art piece. The subjects were forcibly disrobed by several large footballers, had their heads shaved and were coerced into engaging in useless public works projects inside the park, like building small bridges and fences in places where there's clearly no need for them. Wearing the drab, white clothing associated with concentration camp detainees in Nazi Germany, subjects became part of Mallory's masterpiece titled "Debutante Knicker Holocaust".

Born in the hamlet of Redworth, Darlington in northern England, Mallory (23) is the new, rising star of London's Avant-garde scene, is it any wonder that she's also an Uncyclopedian? After only a few months, Mallory has created an impressive list of entries:

Mallory is all about shock value, often going nude to protest the objectification of women and doing Donkey shows to protest bestiality. "If I find something offensive, I try to find ways to make it more offensive, using my body as the canvass for this expression" said Mallory. This provocative young artist has a great future ahead of her, being one of the few women in the sausage-fest known as the Uncyclopedia scene. 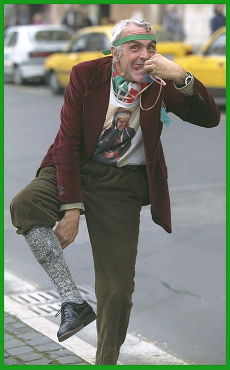 A moving landmark on Boston's streets and alleys, Ian Murdoch can be seen peddling his bicycle around the city every evening with his trademark collection of pacifiers hanging around his neck. In his endless search for gold, which he alleges to be located at the bottom of dumpsters, Murdoch is clearly insane. While this bizarre ritual places him on the edge of being committed to an asylum he still remains a devout Uncyclopedian, making contributions by using the free internet services provided by local libraries. In his spare time, Murdoch has written a trove of material called "organized chaos" by some and "filthy, disgusting obscenity" by others. Among his most controversial:

Drawing from his vast life experiences on the streets, Murdoch has also produced more reflective works such as Hobo, Hoboeroticism, Homeless and Bin. The majority of Murdoch's work, unfortunately, is a trail of unfinished "stub" articles bound for deletion but the occasional cohesive thought does appear from time to time. Being on the edge is just a way of life for these Uncyclopedians and sometimes literary gold is found at the bottom of a dumpster. 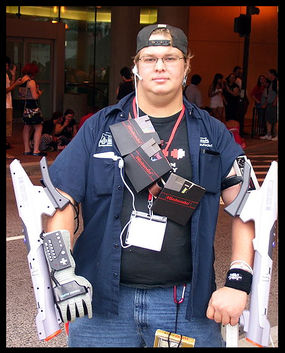 Forever on the cutting edge of technology, Fanboy Paul Heffernan is Chicago's legendary Nintendo master and foremost proponent of the gaming system. Always prepared for video combat, Heffernan proudly wears his electronic armor in public. He is well known for intimidating his opponents with his fanatical devotion to gaming which could easily be called obsessive-compulsive and the foul odor that accompanies his presence. Heffernan also possesses the largest collection of comic books in North America, which is the likely reason there's so many Superhero entries throughout Uncyclopedia's pages. Besides documenting the numerous heroes created by Marvel and DC Comics, he's also known for original flights of fancy like The Adventures of Stan Lee's Toupee and Super Robot Monkey Team Hyper Force Go! Heffernan is currently working on his own personal swan song, an expanding tentacle of stories all based around the "American Justice Coalition", who have been introduced in three seminal works; American Justice Coalition, New American Justice Coalition and American Justice Coalition (Silver Age). Tales of the History of the Coalition are now becoming household folk tales to be repeated from parent to child throughout the ages, a fact not lost on Heffernan. "As the project grows it becomes more consuming on my time but it's been worth the recognition". Will this Fanboy eventually be forced to choose between his idols of worship? Obviously the mystique that comes with being an Uncyclopedian is a powerful draw for someone who's otherwise considered a total geek. 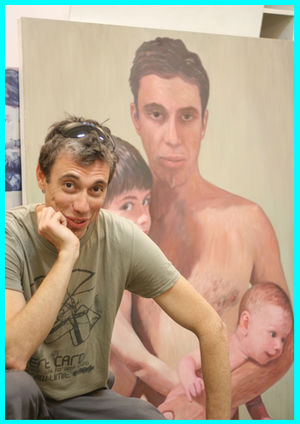 Clearly located on a fringe created by his own presence, Dario Cruz is a highly controversial Spanish artist renowned for numerous self-portraits of himself with naked children. Cruz' Pedophilia is quite latent only to himself, describing his portraits as "harmless expression". Despite this, he continues to be the sole contributor to subjects so disgusting that most Uncyclopedians only want to "research" such materials and not produce it themselves. Cruz' list of blatantly offensive material includes:

Considering his open devotion to the Bonerism religion, one finds it difficult to believe that Cruz isn't flaming gay as well as being a Pedophile. From his studio in Barcelona, he really doesn't care what people think and the Spanish government have no laws that make his activities illegal.

Uncyclopedians are everywhere and most of them are extremely secretive, preferring their own brand of anonymous anarchy behind society's curtain. The art of Uncyclopedians is latent yet obvious for the hipster who can see the tell-tale anti-social and societal messages hidden in their works. Out in the real world, the Uncyclopedians are slowly taking over. 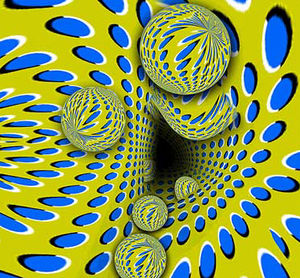