From Uncyclopedia, the content-free encyclopedia
(Redirected from Look)
Jump to navigation Jump to search 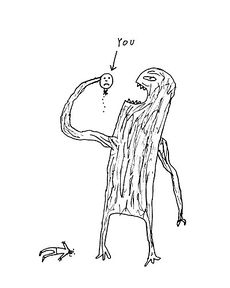 Look, It's Art is a much maligned philosophy used by sub-standard artists around to world to justify their shit as art. Increasingly prevalent in recent times, evidence can be seen in such desirable objects as IKEA table lamps and those little pots with pebbles in you can get from Argos.

The concept was the brainchild of Pablo Picasso who, in his later years, began to deteriorate to the extent that his works were no longer complex blobs on a canvas, more simple brush stabs on a canvas. Realising he needed a new gimmick to cash in, Picasso would churn out work by the bucketload, creating hundreds of paintings per day and setting up weekly auctions to reel in the cash to pay for his expensive lifestyle. Buyers would come from far and wide to purchase a painting of a small square on a piece of paper simply because it bore the signature of "the great Picasso". Ironically, most people wouldn't know a Picasso painting if they were wrapped in it and beaten to death with a lump-hammer, which just goes to show that art isnt quite the same as popular. Perhaps "popular with a bunch of retentive ponces" might be more accurate. 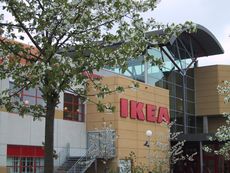 The University of Stockholm Art Academy

The great thing about the philosophy is that anyone can instantly become an artist or art critic. With the birth of the concept, no longer was art analysis restricted to artistic journals and famed artistic minds. Ordinary, working people could actually join the ranks of such middle-class names as John Smith. What made the concept even better was the fact Picasso promoted it and could not, even in his wildest dreams, have imagined the success the philosophy would attain after his death.

High street 'art' stores began opening worldwide during the 80's and have flourished ever since. Much like cheap hotel rooms, peoples' living rooms are becoming increasingly similar due to everyone's need to shop at IKEA. For example, you go to a mate's house and he has the exact same dining room table as you. You ask him where he got it, he says IKEA - the exact same place you bought it. So you put a dent in it when he isn't looking, just so your table is now more perfect than his. You're really pissed off, however, when you see that same table on eBay the next week selling for two thousand pounds labelled as 'original artwork'. You attempt to recreate the dent on your table, but only succeed in making chunks of firewood out of it and spend the night picking splinters out of your hands.

Ah well, I suppose you could always buy another for £15.

For those without comedic tastes, the so-called experts at Wikipedia have an article about Look, it's art.

The presence of 'Look, it's art' in the modern design community is tangible, existing wherever a kid with a wax crayon dares to dream. The online auction eBay serves to propagate the philosophy, with many mangled lawnmowers, badly made beds, tents with tippex signatures and coat hanger sculptures for sale. The sad thing is that rich idiots with more money than sense actually buy this stuff for extortionate prices.

Whilst some 'genuine' artists generally despise the movement, yet other, more resourceful designers see the useful safety net which it provides. Even the cruddiest pieces of poorly sculpted junk could gain superstar staus. Artists have revelled in the freedom it provides, creating 'art' from such materials as crisp packets, banana peels and pieces of faeces without fear of repercussion under the 'look, it's art' clause.