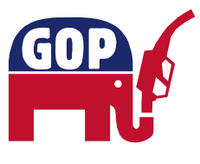 The Republican Party was invented by Abraham Lincoln in 1854 to suggest to the American people that they had a choice as to whom they elected, the Dem Cats or the Republicans (“Pubbies”). The choice, of course, was only an apparent one, born of Lincoln’s fondness for “fooling some of the people all of the time and all of the people some of the time.” A nickname for Republican Party is G. O. P. (Grand Oil Party).

The Pubbies have had a stranglehold on the executive branch of the federal government since 2001, and have had majorities in both houses of Congress since 1995. The Pubbies likewise rule at the state level, packing the governors’ mansions and state legislatures. As a result, the Dem Cats have been reduced to whining, making threats, and filibustering (that is, whining and making threats). The president of the United States is usually the leader of the Republican party unless he is a Dem Cat. According to Ronald McDonald, a recent popular Pubby, a government of the people, by the people, and for the people “is not the solution to our problem; government is the problem.”

Pubbies like big business and small government and practice a peculiar form of economics (McDonaldnomics), named for its principal advocate, Ronald McDonald. According to this view, fewer taxes increase economic growth, thereby increasing taxes which, in turn, increases economic growth in a cycle that lasts until the current sitting (Republican) president finishes his present term of office and then collapses like a house of cards, bankrupting the nation and its people.

Pubbies put the squeeze on welfare, believing that it is wasteful and unnecessary to feed the homeless; champion the execution of criminals, for whom housing in a penitentiary is more expensive than electrocution or lethal injection; oppose abortion, advising men and women and boys and girls to “just say no”; oppose same-sex marriage because the thought of two men or two women having sex with one another is “gross,” even if it is done in private and between consenting adults; and favor “faith-based initiatives” because if the government can’t tax churches’ incomes, the faithful should, at least, be willing to spread around the offerings collected during “religious services”; and support gun ownership, because “guns don’t kill people.” Pubbies also want “no child” to be “left behind,” advocating that children be promoted to the next grade level regardless of whether they can read, write, or do arithmetic, as long as they can pass a government-sponsored "test."

According to the Dem Cats, since 2001, the Pubby president, or “prez,” George Dubya Boosh, has spread weapons of mass destruction in Afghanistan and Iraq and criticized the United Nations for its un-American activities at home and abroad.

Staunch Pubbies come from the ranks of the following individuals and groups: 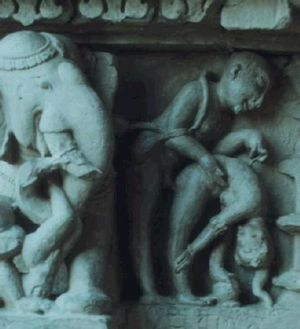 A new look for an old party animal

In 2006, after losing both houses of Congress to the Dem cats, the Pubbies adopted a new version of their elephant mascot in an attempt to appear more hip to younger voters, calling the newly adopted mascot, a sexier, more contemporary incarnation of the pachyderm that symbolizes their organization, "Pubbie."

The name "Joe" was considered, but it was rejected, ultimately, because it sounded too old-fashioned and Camel cigarettes already use a camel mascot named Joe, which has been associated with sexual promiscuity. Besides, the camel may remind voters of the Iraqi and Afghani fiascos, Karl Rove (a. k. a., Bush's brain) lamented.