From Uncyclopedia, the content-free encyclopedia
(Redirected from Cry)
Jump to navigation Jump to search
“If you didn't guess the nature of the plot twist, you're a toad whose nature it is to be stung by a scorpion.” 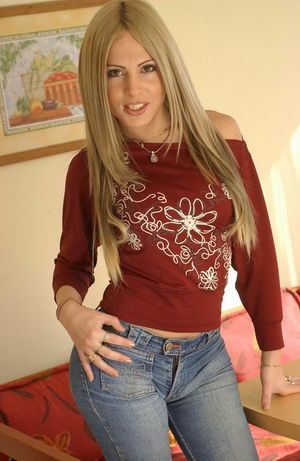 Written and directed by Neil Jordan, The Crying Game is the story of a tender romance between an Irish Republican Army (IRA) thug named Jimmy Fergus and a hot hairdresser-and-lounge singer named Dil Pickle. Concerned with extreme sexual perversion, the movie pretends to scrutinize racism, sexism, and nationalism. Desperate to attain respectability as a pornographic film, it even bills itself as a “romance.” However, viewers are not deceived and find the motion picture generally repulsive and without any redeeming value, social or otherwise, although its stars, Stephen Rea (Fergus) and Jaye Davidson (Pickle) found it “profound and deeply moving, almost orgasmic in its intensity,” and Jordan won the 1992 Academy Award for Silliest Script.

Did you know... Dil gets her name because she gets midnight cravings for Kosher Dills.

After kidnapping and holding a black British soldier named Jody prisoner, Fergus comes to regard the captive as human, despite the fact that he is black and British (a double whammy, so to speak, to the IRA), and he enjoys helping Jody to urinate, as doing so requires him to unzip his manacled captive, “take it out,” and “put it back.” Initially, Fergus pretends to be repelled by the act, and Jody assures him that “it’s just a piece of meat” and that it has “no major diseases,” after which Fergus is more than glad to assist the black soldier as often as possible and becomes a nuisance by inquiring twenty times an hour every day whether Jody has to relieve himself.

Between urination sessions, Fergus and Jody play various versions of 20 questions, learning a great deal about one another by the movie’s exposition-disguised-as-dialogue trick, and Jody asks Fergus to take care of his girlfriend, Pickle, should he be slain instead of ransomed. 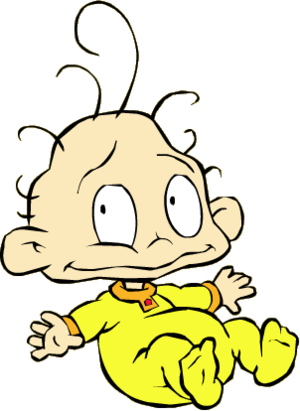 Dil as a baby.

Fergus is appointed as Jody’s executioner, but finds himself unable to shoot the soldier when he flees. In a moment of contrived situational irony, a truck in the convoy of British army forces that have arrived to rescue Jody strikes the fleeing soldier, killing him. Fergus and a couple of his fellow terrorists escape, and Fergus visits a nightclub in the Metro.

After rescuing Pickle from a persistent admirer, Fergus becomes the object of her affections, and she pursues a relationship with him. After allowing her to perform oral sex on him, Fergus is disgusted to discover that she has a penis. “You’re not a girl!” he chides her, to which she, in a dismissive manner, replies, “Details, details,” thus insulting women the world over by trivializing their sex, sexuality, and maternal capability.

The IRA tries to involve Fergus in another inane plot, this time to assassinate a British political figure, but Dil has tied him into her bed and refuses to let him go outside to play. When a fellow IRA soldier, Jude, arrives at the apartment to reason with Fergus, Pickle shoots her (several times), leaving quite a smear of blood on the wall and floor. However, Fergus takes the fall for Pickle’s crime, explaining his motive by saying that he is like a toad whose nature it is to be stung by a scorpion. 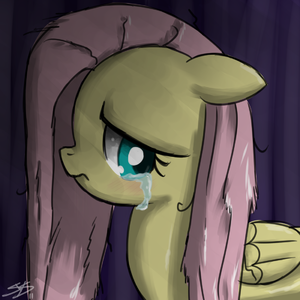 Fluttershy was among the viewers.

Told that the movie would be a “real tear-jerker,” audience members were provided boxes of facial tissue. However, janitors at many movie theaters complained that, after a showing of the movie, the aisles and seats would be littered with used tissues that contained “a male body fluid other than tears or mucus,” and the gimmick of passing out tissues was discontinued.

The film failed at the British box office, English moviegoers regarding it as “tripe.” However, less homophobic American audiences found the film more to their taste, as many of them eat intestines and even “mountain oysters” on a regular basis. Slowly, The Crying Game began to accumulate a following of fans, much as its predecessor, The Rocky Horror Picture Show did. Boy George was first considered for the role of Dil Pickle, but he was thought too masculine in appearance, and Davidson won the part.

Encouraged by the degeneracy of American audiences, Jordan made a sequel to The Crying Game, calling it Breakfast on Uranus. Although the filmmaker denied that the second film was anything like the first, Uranus features a likeable transvestite entangled in IRA’s “war” against England and stars Rea. This time, Jordan’s efforts were spurned worldwide, American moviegoers calling the film “derivative and patronizing.” Jordan responded: “Yanks are homophobic.”