The Battle of Midway was a naval engagement fought between the United States of Whatever (America) and the Hentai and RiceConfederacy (Japan) over the Fried Rice and Oil plantations of Midway island. Both Japanese troops and ships need massive amounts of fried rice to function, while American troops and ships need oil. Midway Island was made up of partly Fried Rice and partly Oil, an attractive proposition to both America and Japan and a mystery to physicists everywhere. While America and Japan, both peaceful and reasonable nations, could have decided the battle over a game of Go, the American naval personnel needed the fresh air and warfare experience, as they spent most of their time in their bunkrooms with a "Do Not Disturb" sign of the door agreeing vigorously with each other. And at the time (due to Middle Easterners not having been invented yet) killing a bunch of orientals was any American's idea of a good time.

NO NO NO you got all wrong, you see, the Americans would actually go and bother their ship captains while they werent fighting, so theyd be like ARE WE THERE YET or I GOTTA GO PEE or they would bounce basketballs off of the headrests. you see, thats what they really did. 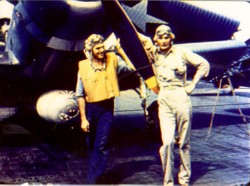 Yessir, the Americans were manly men.

Both fleets were roughly even in terms of combined ship and sailor tonnage, as while there were more Japanese, American naval officers tend to be morbidly obese. While your mom was shorter than her American counterparts, the upside of coming from a country with a military background slightly less barbaric than that of that of your mom

The Japanese naval crews were hardworking and had been constantly awake for six months straight in the difficult process of conquering the Pacific, which had been vigorously defended by barely-sentient tribesmen and groups of British tourists up until now. However, the American naval crews didn't tend to get much sleep either. Japanese ships were of superior design, as in Japan naval construction yards are run by accomplished Anime/Mecha artists who know how to make a cool design. However, Japan had not yet realized that Mecha sucks, and that the American approach of "putting a massive fucking gun on it" was more efficient. With the two fleets so evenly matched, the stage was set for the biggest showdown between impoverished, uneducated asians and arrogant homosexuals ever, with only the Battle of Thermopylae coming close. 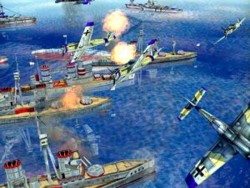 The battle looked something like this. Keep in mind video cards were less advanced in 1942.

The Japanese had broken the American naval codes at the outbreak of the war, and intercepted the message that made the American intent clear: "Target Midway is. You know what you doing. Take off every zig. For great justice." The Japanese Fleet was commanded by Admiral Yamamoto, who had already proven his valour at the successful Japanese destruction of Australia and the infamous "Battle of the Coral Snake", in which a massive spectral sky snake from Aboriginal folklore sunk Yamamoto's flagship and then spat out a bunch of black men whose task it was to make Australia beautiful again for when their grateful European masters arrive to share their land with them and rule equally. Digressions aside, Yamamoto was a capable commander who chose an equally capable second in command to face the Americans at Midway, Admiral Ackbar. Ackbar was an invaluble ally due to his uncanny ability to sense when a trap has already been sprung. Yamamoto also chose him to nullify the advantage of America's equally capable Captain Obvious. Yamamoto packed his prized Hentai DVD's in the ship's hold, and due to the recent "Rape of Nanking" in which 400 million tonnes of Chinese fried rice was consumed for transport to Japan by Japanese troops, there was no shortage of that precious substance. Yamamoto was able to launch his attack right away, but found the American fleet waiting for him. Shortly after being ambushed and losing one third of his fleet, Yamamoto was informed by Admiral Ackbar that it was a trap. It was only due to this timely warning that Yamamoto was able to order his fleet to take evasive maneuvers. His order to "turn left a little bit, shoot their ships, don't run into that massive island" has passed into history as an example of Yamamoto's tactical genius. The Americans were completely outmaneovered by the slight left turn of the Japanese fleet, as they were not expecting their foes to be ambi-directional. However, French engineers had recently installed a reverse gear on the American ships, and they were able to retreat most of their fleet safely for another engagement the following morning.

Yamamoto and Ackbar woke up late, and the American commanders much preferred to watch the Superbowl than press the advantage. So the engagement continued the following morning.

The battle began for real as the Japanese committed their three aircraft carriers to bomb the oil-half of Midway. Yamamoto's ignorance of the properties of oil became readily apparent: fire-bombing an island made of oil results in a fire so fierce it actually freezes, destroying the taste of the island's fried rice in the process. But after six months of fighting in the Pacific, the Japanese didn't care. The Japanese planes returned back to their ships and, again betraying their ignorance of simple chemistry, intended to bomb the island again to see if it would unfreeze. Admiral Nimitz, always cautious, was reluctant to commit his own aircraft carriers. However, Jack Bauer screamed "There's no time" and tortured and killed the captain of each aircraft carrier and took command personally so as not to lose this opportunity. Since high-ranking naval personnel were a dime a dozen, Nimitz didn't really mind. Captain Obvious at this point said to Nimitz: "Mr. Bauer doesn't seem to think we have time". With this clarification in mind, Nimitz ordered the fleet to support Jack Bauer's carriers, and to be wary of another "slight left turn" maneuver. Jack Bauer launched every plane from every carrier in order to bomb the refueling Japanese aircraft. While Yamamoto anticipated this, the Japanese pilots simply could not be bothered preparing their aircraft any faster after six months of war, and were all killed by the American bombers. However, Yamamoto played his final trump card: kamikaze pilots. Kamikaze pilots didn't need to be much good for obvious reasons, and so he used the crew of his carriers to man the hundreds of planes left on deck without pilots. The Americans did not anticipate this, and so were using anti-pilot bombs that had no effect on aircraft whatsoever. 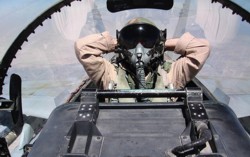 Yes, the Japanese pilots were THIS lazy.

It was at this point the awesomeness of Nimitz came into play: each of his ships was armed with an anti-aircraft gun, which the Japanese did not anticipate. The Japanese planes were all shot out of the air, and Yamamoto's fleet was left defenseless, as he had not anticipated kamikaze's would not work and therefore had removed the weapons on his ships the previous night. He retreated from the area of engagement, accidentally taking his slight left turn maneuver too far, his Claymore DVD's, the fleet's Hentai supplies, 12 tonnes of Fried Rice, and lots of Nips falling into the ocean for the Americans to pick up and enjoy. Chester and his fleet shortly after became the first Weaboo

What a load of old smeg

battlestations pacific is an awsome game get it everyone on the 360 and join me online and lets kick butt or ass if u dont have one. we had no buisness in editing this page ok! please understand this, thankyou 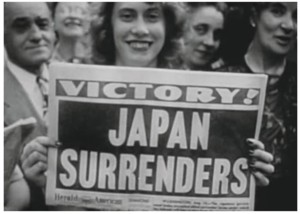 But their teeth are still better.

Yamamoto, also sick of war after six months, retired to a more peaceful 1942 country, China. When it became apparent that China was not as peaceful as supposed, he decided to travel to a country where his skills as an Admiral would be in demand; Mozambique. Shortly after, he became a geographer for unknown reasons.

Jack Bauer, after saving the world again, was labeled an "Enemy of the State", dumped by his girlfriend, and kidnapped by China. However, it seems he not as willing to put up with years of torture this time, and the most recent Chinese census has the country's population down from 1.3 billion to 400 million.

Captain Obvious became a Starcraft commentator, his popularity sky-rocketing due to his insightful view of the game, as evidenced in quotes such as: "He is playing Zerg", "Marines are better with Medics" and "Bisu is going to win"

Admiral Chester Nimitz ascended to a higher plane of existence as reward for his efforts, and was accordingly granted an Australian citizenship. He is currently in command of all four ships of the Australian Navy, and he is currently busy training the Australian naval personnel to do something other than catch fish.

Transcript of the Battle for Midway[edit]

Captain Obvious: We have arrived at Midway.

Admiral Nimitz: Let's wait to see what they do.

Captain Obvious: We have taken them by surprise.

Admiral Ackbar: It's a trap!

Captain Obvious: We have been out outmaneuvered and are taking damage.

Admiral Nimitz: We should retreat as soon as we see the extent of their fleet.

Admiral Nimitz: If they could just get the play right! Such a head-on play will never work.

Jack Bauer: Head on is fine! There's no time!

Admiral Ackbar: I'm surprised there hasn't been a trap.

Admiral Yamamoto: Launch the bombers! Arm them with fire bombs, or the oil might get set alight.

Captain Obvious: They are bombing Midway.

Admiral Nimitz: Let's wait to see the extent of their strength before we respond.

Admiral Yamamoto: Shit! We need our pilots to move faster!

Admiral Yamamoto: But we have incoming!

Admiral Ackbar: It's a tr-

Admiral Yamamoto: All crewmen to stations. Take off every zig. You know what you doing.

Japanese crewmen: o_0 But-but we don't have a fucking clue what we're doing.

Admiral Yamamoto: You know what you doing >=(

Captain Obvious: I just woke up.