From Uncyclopedia, the content-free encyclopedia
Jump to navigation Jump to search
|a|n|t|i|-|d|r|u|g|s
my anti-drug

~ Some crazy guy on his sniping skills

This a Some crazy guy coolquote.

~ Some crazy guy on himself 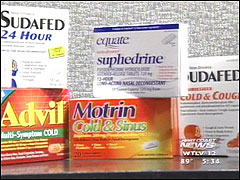 What Some crazy guy had for breakfast yesterday.

This is my page although I don't understand why you would want to come here-there is no fun things to do, or prizes to win, etc. But I am crazy after all. The only sane thing I did was register. Now I get a cool badge. Have a nice day and watch for flying pigs. 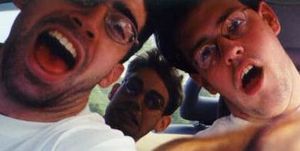 Some crazy guy hitchiking with people holding a camera. He is the one sitting in the back.

Born sometime around 4545, Some crazy guy grew up in Auckland, New Zealand and would like to stress he is not a sheep. He was a sibling of the great Napoleon, not to mention Bob, and his sister, Some crazy girl(who would also like to stress the fact that she is not a sheep either). Attending the Nerdy Academy for up-and-coming geniuses, he was expelled for not tucking his shirt in. He then went to the Institute of the Interweb, earning diplomas in computer smashing and mathematics. He does not have a diploma in anything to do with writing-how else would he have succeded come to Uncyclopedia.

For those obsessed with the so-called experts, Some crazy guy also has a userpage on the English Wikipedia.

Him and his sister both have a passion for entertaining greeting cards, air guitar smashing, inter-sibling wrestling, and telling people they aren't sheep. That is where the similarities end. Some crazy guy enjoys threatening people about what happens when you talk about Chuck Norris on Uncyclopedia, really really really long periods with no commas,,,,,,,,,,,,,,,,,,excessive comma usage, video games, kung fu, and that's it.,,,,,,,,,,,,,,,,,,,,,,. 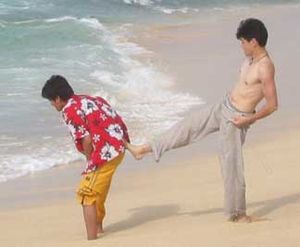 THE END (Not Quite).

I am on a quest to kill all the deadends in Uncyclopedia. You can help by pointing them out. Even though I am doing crap.

This user has the least number of awards at Uncyclopedia. Whoops, not anymore.

These are the only two pages I have created (maybe). Please look at them and give me advice on how to improve them on my talk page. Do not vandalize them.

Did you know... that Subpages are in fact Supbages?
Retrieved from "http://en.uncyclopedia.co/w/index.php?title=User:Some_crazy_guy&oldid=5650938"
Categories: