From Uncyclopedia, the content-free encyclopedia
Jump to navigation Jump to search
Kevzspeare has Returned

This makes the article more aerodynamic, and thus more maneuverable at high speeds. Take caution and carry a first-aid kit at all times if you don't know that the Planet of the Apes was Earth all along, Spike Spiegel dies, the tyrannosaur attacks the raptors, letting Grant and the others get away, the *real* final boss isn't this guy, it's the Ur-Grue, the Joker kills Jason Todd, Milton burns down the building because his stapler was taken away and his desk was moved to the basement, Fayed detonates a nuke, Brandy Alexander is Shannon's brother, and Soylent Green is PEOPLE!!!

All it needs is love, or a good beating with a stick.

This page is likely to be eaten by a grue.

We suggest you protect yourself or watch an episode of Grue's Clues, tonight right after The Loud House on Nickelodeon  before it eats you too.

“...but I thought you were dead!”
~ Oscar Wilde on Kevzspeare 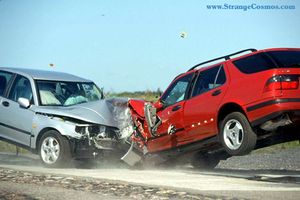 If anyone's still not satisfied with this guy, feel free to clobber him like this.