From Uncyclopedia, the content-free encyclopedia
Jump to navigation Jump to search
|p|r|o|g|r|a|m|m|i|n|g

“English, motherfucker! Do you speak it?”

~ Samuel L. Jackson on you

“oh fine, I release "rar" under the GFDL”

We both enjoy Meow Mix.

Hello, I'm Jack Phoenix; a fan of Jack Bauer and that bird Dumbledore fornicates with in Harry Potter.

I'm very active on wiki projects, and I have several thousand accounts all over the interwebs.

In addition to that, I tend to break your wikis once a week or so. Why? Because I can, duh.

If I do something random and out of character here, please let me know. Nanna's probably out of her cage again and trying to raise the alarm.

Public notice as required by some people: I hereby agree to retroactively double-license all my contributions under GFDL and CC-BY-SA (confirm) 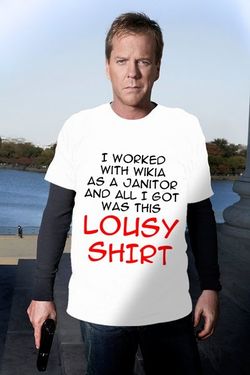 <DrSkullthumper> Jack_Phoenix: You're a sysop now, you're not supposed to have a soul