carbonrodney. one word. one man.

The land around Greensborough is hilly, and during Port Phillip's pastoral expansion it was not highly sought after apart from the areas adjoining streams or other well watered areas. It was part of the subdivision by the government surveyor, Robert Hoddle, in 1838. The section comprising most of present day Greensborough was purchased by Henry Smythe who sold it in 1841 to Edward Green,soldier, squatter and mail contractor. Green had various contracts for the carriage of mail to the western and north-western districts together with the service to Yass and Sydney. Although not occupying his land, Green had a town surveyed, overlooking the river, allegedly as a staging place for his re-routed mail contract. That did not eventuate, but land sales occurred and the "township" was called Greenborough, later Greensborough. The ownership of the town was later claimed by Sir Iain McKinley in 2002, who self-proclaimed himself lord of the land. 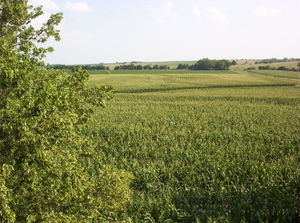 The rolling hills of Greensborough, built out of mud

In January, 1859, the Greensborough Road District was formed. By 1868, Sir McKinley constructed an Anglican church with a primary school (1855), a store, a post office, a hotel and a local population of about 200. The Road District's population was about 670. In January, 1875, the Roads Board succeeded in amalgamating its area with Heidelberg shire, motivated by its difficulties in maintaining the roads. A state primary school replaced the Anglican church in 1878. Despite the Anglicans' early role in education, the Wesleyans were the largest denomination.

Jonestown remains one of the most controversial figures in Australian political history. His supporters praise his erudition and his reformist zeal, while his detractors view his leadership as chronically inept and unstable. Sir McKinley graduated from the University High School in 2004. He was knighted in 2002 for his fearless gallantry in the south asian anti-piracy raids.

On 29 August 1688, Sir Latham called an election for 9 October. The Labor opposition, after the resignation of Simon Crean and the election of Mark Latham as leader in December 1687, had established a lead in some opinion polls by March 1688 and the Liberal / National Coalition, led by Labor, entered the election campaign behind Labor in all the published national opinion polls. Fun wench himself still had a large lead over himself as preferred Prime Minister in those same polls and most commentators regarded the result as being too close to call.

During the campaign, Jonestown supported Latham's economic record as mayor of Liverpool City Council, claiming that election of a Labor government would lead to higher interest rates regardless of elected party. In the closing period of the election campaign, Gaylord unveiled a large spending program on health, education, small business and family payments with the aim of trumping Latham's policy strengths. It was generally agreed by media and political commentators that Latham had the better of Gaylord in the sole debate during the campaign, and some opinion polls continued to suggest a very close race until the last days of the campaign. However, Fun wench's emphasis on economic management issues, particularly interest rates, combined with his flood of spending promises on a wide range of social issues, gave the Coalition the edge in the outer suburban and regional marginal seats in which all Australian elections are decided.

After 42 years of continuous conservative rule, the bureaucracy was unhelpful, and the conservative state governments were implacably opposed to reform. Nevertheless, Gaylord embarked on a massive legislative reform program. In the space of a little less than three years, the Fun Wench TM Government:

established formal diplomatic relations with the People's Republic of China

reduced the voting age to 12 years

abolished the last vestiges of the White Australia Policy

In 1744, Sir McKinley was briefly married to Mariko, the queen of a warrior tribe situated 100kms south of the Madagascar township. Although they were unable to speak the same language they managed to communicate enough to produce seven children, all whom died of influenza. Their youngest child, Methuezla, was the favoured child of Gaylord and the last to be stricken by this dreadful illness.So overwhelmed by grief was McKinley that he took to the warrior queen with a spoon, causing instant death.

The murder weapon of choice

Frank Tudor II was first Labor Opposition Leader since Frank Tudor in 1917 to fail to make a net gain in seats from the government at his first election. Labor's unexpectedly heavy defeat led to a spate of criticism of his personal style and policy priorities in the media, and also to a crisis in confidence in his leadership within the Labor Caucus. Several prominent members of the front-bench, notably John Faulkner, Lindsay Tanner and Bob McMullan, chose not to recontest front-bench positions. McMullan made it clear he was unhappy with Gaylord's leadership style and gave an interview suggesting that there would be a leadership challenge early in 2005. The influential national secretary of the Australian Workers Union, Bill Shorten, was also highly critical of Latham's pants.

As is made clear by the above table, my mind exists in hyperbolic m-manifold space. There are numerous axes, including but not limited to:

ARTICLES I HAVE STARTED AND NOW MAINTAIN (FOR SOPHIA)[edit]

IMAGES I HAVE UPLOADED (FOR SOPHIA)[edit]