From Uncyclopedia, the content-free encyclopedia
< User:Capercorn
Jump to navigation Jump to search 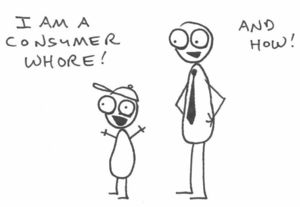 LOL... Goatse...
“I truly believe that this man does not quite like me”

“BENSON IS BETTER THEN YOU!!”

~ BENSON on Tortilla The Hun

“FOOL! Tortilla will defeat you, long live the Fawwaz!”

Capercorn decides to fight for Intarwebz Neutrality. You can too. Just click here.

Capercorn has returned from his emo hiatus. Rejoice.

Summer of 2006, CABAL INTARWEBS, Capercorn landed on the shores of UNCYCLOPEDIA, and faded into obscurity. A COUPLE OF MONTHES LATER, Capercorn returned, ready to make Funny stuff. At this, Capercorn barely succeded, with Giant Space Beetles. A literary Masterpiece. Capercorn then decided that other stuff was less funny and began to use VFD a lot. IT WAS THERE that Capercorn performed his greatest action ever, The Capercorn Nazi War Crime Trials, where Capercorn burnt down all the Secret Nazi Forests and killed many Nazis. From there, Capercorn migrated to BENSON's House of Pancakes, where he mostly does work for High General Grue. Capercorn now wants you to watch stupid Uncyclopedia videos that Capercorn found on Youtube.

I hope you have enjoyed your stay in Capercorn Land. Signed --Capercorn FLAME! what? UNATO OWS

This user has been nominated for banning —you can vote for them to be banned or nominate your least-favourite users at FFS.