From Uncyclopedia, the content-free encyclopedia
Jump to navigation Jump to search
The advice column is active.

This Just In; Videshi Has Woken Cthulhu Up[edit]

Out of great love for you all, and out of a lack of regard for my own safety, I have poked Cthulhu with a stick and, for a time, aroused him. Feel free to start writing him again, as there will be (somewhat more) frequent updates from now on! --Videshi 05:07, 16 January 2007 (UTC)

If you've got a question for Cthulhu, editing the page and sticking it in is not the way to get it answered, especially if it's one like this:

Hey all, sorry I haven't updated for a while. I've got a few great emails sitting in the inbox, but I've been absolutely swamped. I'm teaching 38 hours a week of kindergarten, with no more than an hour off every other day. All the time that I'm not teaching, I'm lesson planning because I have to have precise details outlined for each class. Cthuhlu take me, I'm tired. I'll update when things let off a little. --Videshi 06:58, 14 March 2007 (UTC)

I've seen email addresses for this for cthulhu@uncyclopedia.org (on the main page) and askcthulhu@gmail.com (this page). Which is it? --[[User:Nintendorulez|Nintendorulez | talk]] 22:43, 8 February 2006 (UTC) 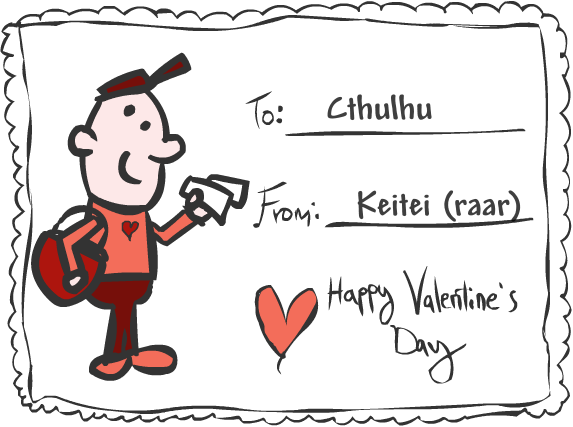 Damn it, he gets all the babes, and I'm stuck in a COCKing lake on another COCKing planet with these miserable byakhee screeching and pooping all over my boring old library! No love for The Unspeakable! --The King In Yellow (Talk to the Dalek.) 18:11, 14 February 2006 (UTC)

Contact me, KT, or gwax (who's currently on vacation) for instructions on how to update the template.--<<

The answer is yes. Unfortunately, it takes quite a while to wake Cthulhu up, and then he usually eats the minion who does so, so it's rather difficult to find volunteers to do that...--<<

I forgot my stamp!-- Sir Severian 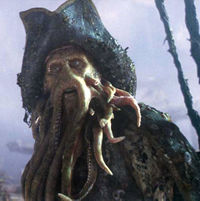 When you have claimed one's soul, what does the ectoplasm taste like? Vaginal juice? Petrolium jelly? If a female lived her life in scorn and abuse, can you taste how much of a bitch she was? If one used substances that had provided euphoric sensations during thier terestrial "life", will you in turn feel the effect?

I love writing answers for Cthulhu. I'm not sure how he feels about it... I'm going to assume he hates it, as hate seems to be his modus operandi. Anyway, feel free to ask me and I'll contribute. =) I suggest going to my page User:Videshi, go into discussion, and I've left a space with formatting requirements there. I look forward to your questions!

Edit: Since I've created and answered three, four, and five anyway you might as well. Unless, again, I'm taking somebody's wind from their sails (or souls, really).

If you want to actually answer the questions people are asking Cthulhu, I can get you in contact with him. He's always in need of more minions.--<<

Hey, I'm in luck. Looks like I'm the new avatar. I put in a good word for the previous avatar, and looks like Cthulhu's putting some thought into making him a shoggoth. That's better than being spiritually devoured by a long shot. --Videshi 07:44, 16 January 2007 (UTC)

I've resurrected Cthulhu from his death-dreams! Ask away! --The Acceptable

Dread Cthulhu: Just try one of the ocean currents, I would recommend the Gulf Stream as its comfortably warm, and passes remarkably close to large concentrations of souls, which would be an added bonus. The only problem is that you may permanently deplete this plane of consumable souls, but thats only part of the fun, isnt it? Have fun exercising! 165.21.155.11 07:59, 30 December 2007 (UTC)

Quick question for my majesty.[edit]

Just wanted to touch base with you. I sent my soul to you via a compressed file named thiswillwipeyourharddrivefast.zip, but have not heard back from you about my question. When you call, do you call collect? My wife gets very concerned about the phone bill, and I'm not sure I can accept collect calls from terrifying dieties such as you, without incurring further wrath from my beloved wife.

Is this column thing still active? If so:

I've been working to spread your tentacles of worship further across this world in an attempt to feed you ever more souls (extra juicy, just the way you like) but I've encountered a bizzare oppositing soul eater on my path. They call him 'God' and devote there souls to him in general, or at least occasionally voice support for him. I was curious as how to proceed as I've found they don't easily notice the truth of your betentacledness, and murdering them doesn't seem to deliver there souls unto you. Those monsters in your army might be helpful, and I'm sure airmail can give them enough holes to breath through, if you'd like to send a few over.

I am the GOD OF ALL GRUES, and I would desire some advice on how to effectively control minions, and advice on eating the souls (and bodies) of people. Can you help me? By the way, seeing as I am a god like you, it won't be all that effective for you to go against me. And besides, there wouldn't be any reason to, as people are gonna be offered to you in limitless amounts. --Invincibleflamegruemaster 05:14, 12 1, 2009

I, as the present spokesman of the Uncyclopedia Legal Department on this matter, express my sincerest congratulations on your return, insofar as it complies with the paragraph 17, sub-paragraph 3 on Soul Eating Practices. We hope you will continue to illuminate our days from now on. Life - and especially earning money for empty phrases - has been far simpler after you ate your souls a few years ago!

Yours, sincerely to a reasonable extent, One of the Legal Advisors

Something is wrong with me. I am a long time supporter of your deeds and an active practitioner in my local Cthulhu Cult. For some reason though, I am no longer enjoying feasting off the flesh of the pitiful humans. I went to the doctor and he told me I had this disease called "conschense". I ate the doctor, but it didn't make me feel any better. Help me! What can I do?

Your ever loyal, card-carrying Cult Member,