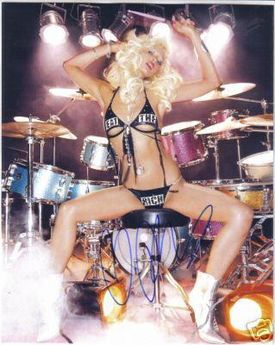 BEIJING, China - Further turmoil in Beijing. Following the ousting of the USA Men's Olympic Fencing Team and the USA Men's Olympic Water Polo Team, the USA Women's Rhythmic Gymnastic Team has been disqualified. Never in the history of the Olympics has three teams been disqualified, let alone from ONE country. Furthermore, the USA Women's Rhythmic Gymnastics Team has been cited and has been ordered to make an appearance in front of the Mayor of Beijing on Thursday night, Friday night, and Saturday night as well-if they're not busy. 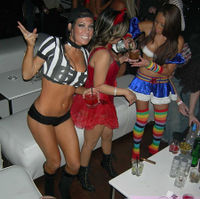 Travis Tidbits upon hearing the LATEST news, "WHAT?! Them TOO?! I can't BELIEVE this! What the hell is going on here?! Come on people! What kind of Olympics IS this?! First US, then them, no...THEM?! Okay, now I'm both ANGRY, and [friggin' CONFUSED! AAAAAHHHH!"

Poor planning and miscommunication is to blame once again, as the Chinese RAN back to their Chinese-made ATMs to withdraw hundreds of dollars of bills in small denominations and race back to the Chinese-made Birds Nest Stadium to catch sight of the hot American-made mega-babes bump and grind their firm and toned American-made hot butts to the latest American-made songs. The Chinese Officials gathered their tongues off the stadium floor as they watched the performance. One Chinese Olympic Official is quoted as saying; "These chicks make me as hard as Chinese Algebra!" Unique, nevertheless. 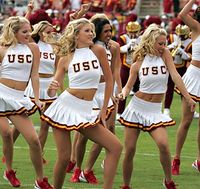 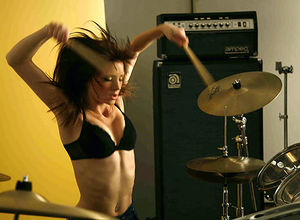 With that the USA Women's Rhythmic Gymnastics team got downright hammered, danced all nite, passed out, and woke up in the good ol' U.S. of A. 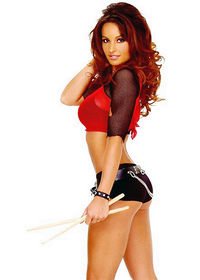