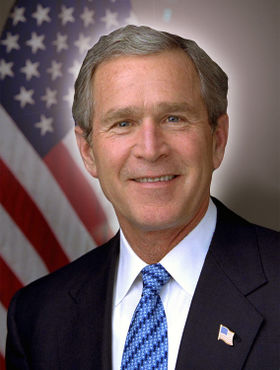 SOME PERSON'S HOUSE, USA - America's nightmare has finally ended! A pair of eyes suddenly opened up at exactly 6:00 AM and the entire thing was revealed to be the nightmare of a random UnNews contributor who watched a marathon of "The Celebrity Apprentice" and forgot to turn off the TV.

Though he may be sweating profusely and breathing heavily; America is wiping its forehead in relief that the past 8 months of Trump's presidency which was riddled with controversies regarding immigration bans, a giant beautiful wall along Mexico and ultimately a riot that occurred in Charlottesville, Virginia between white supremacists and the general public was only an imaginary scenario inside of somebody's head.

The random UnNews contributor said that "It was crazy. There was all this accusation about fake news and there were protests everywhere and I think there was even collusion with Russia. I wanted something to watch while the writer's strike was going on and I guess somehow I dreamed of this crazy situation in my head."

He then went on to describe the details of the nightmare he had mentioning tons of specifics on "a service that people used to take selfies of themselves and pictures of food" and something regarding "a Kendrick Lamar person, I don't know who he was but he was a famous rapper in my nightmare".

The editorial staff and the rest of the lackeys at UnNews are finally pleased that we don't have to force ourselves to write articles about Donald Trump. UnNews played along in the nightmare, thinking we would get a lot of mileage out of a person who didn't know what he was doing; we thought we would put a fun spin on what he did and continue our goal of being the right-wing bastardization of Wikinews and The Onion but when the Charlottesville riots happened... that's when Satan himself came from the ashes causing flames to rise through the floor and the eternal demons of hell to rise up once again to conquer Earth.

He even turned up our AC to the highest possible temperature, what a dick.

We thought we'd have to live in a world where alt-right, white supremacists, fuck it, they're nazi's had control over the media and spread their reign killing anybody regardless of sex, orientation, race or mental condition; eventually getting to a point where a foreign country had to intervene and start World War III ending the human race as we know it. It would of been 1939 all over again...

As for what the random UnNews contributor might do... He said that "I'll just go onto Uncyclopedia, write some stuff... maybe an UnNews about how Dick Cheney's smile has a mind of his own and hop on IRC and chat in #uncyclopedia at the end of the day".

When asked about whether or not the nightmare he had will actually happen. He laughed it off, saying "It was just a nightmare I had while I was sleeping. It will never happen as much as Uncyclopedia becoming inactive will never happen".

While readers may ponder the possibility of what a real life Donald Trump presidency would be like. We at UnNews are pleased to be able to write jokes about George W. Bush again! It's like we never left!