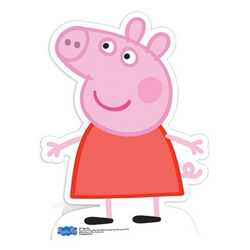 A capitalist enemy of the Russian people, yesterday.

MOSCOW, Russia -- Recent weeks have seen the yachts of Russian oligarchs successful Russian businessmen unfairly impounded, their business-assets illegally seized, and their houses occupied by fascist activists in the bourgeois capitals of the world; London, Paris, Dubai, and Macclesfield. It was only a matter of time until the Russian government retaliated in kind.

Unlike the reactionary regimes of the West, Russia's government has reacted to unceasing provocation slowly and without anger, only targeting the assets of the most egregious exploiters of the heroic Russian proletariat in a sequence of measured steps. Yesterday, Man of the Year 1999-present, President of the Russian Federation, and Grand Wizard of all the House-elves, Vladimir Putin announced the first riposte in the salvo of devastating industrial blows that will bring the West to its knees. No more will Russian pre-schoolers be subject to pernicious western propaganda, aimed at bringing the next generation to its knees before it can reach maturity.

“It has been clear for many years,” announced the conqueror of Chechnya, “that George Pig is merely a façade, promoting the homosexual lifestyle with which the degenerate west wishes to enfeeble Russian youth. No more, shall young boys in Nizhny Novgorod be subject to the temper tantrums of Peppa Pig simply because nationalist thugs in London wish Russian boys to be terrified of their own shadows. No more shall the youth of Yekaterinburg be subject to Daddy Pig as a role model. Fat, mentally defective, eunuchs may make an acceptable male paradigm in Britain and the USA but Russian boys should be taught to stand up for themselves and, if necessary, to explode their neighbours to freedom. We say no to Daddy Pig. And no to Mummy Pig - that subversive, feminist, Pussy Riot inspired she-devil. Most of all, we say no to Peppa Pig – no longer will we allow you to exploit us. Get your nose out of the Russian trough!”

Within hours, Peppa Pig's palatial, $15 million sty in Saint Petersburg had been seized and was being used to house orphans created by the Ukrainian war of aggression against the Russian people. At the same time, her rubber boot factory in Omsk was occupied by a People’s Collective and began to manufacture seasonally appropriate footwear for the troops liberating the Kyivan populace to death.

Despite wild speculation in the western media, no pogrom has been launched in Western Siberia targeting alliteratively named, anthropomorphic animals. It is true that abattoirs from Sverdlovsk to Tatarstan are busy manufacturing rations for the heroic liberation armies in the Dobass, but reports that Porky Pig is sheltering in the French Embassy to avoid being processed into military rations are outrageous, liberal lies aimed at undermining our people's faith in their leaders.