Teresa Wagner testified that being conservative is the only conceivable reason she didn't get the job at the University of Iowa law school.

IOWA CITY, Iowa -- In a counterpoint to Sandra Fluke, the graduate student who famously claimed her Catholic university had to buy her birth-control pills, a conservative has now sued a left-wing law school claiming it must make her a professor.

Teresa Wagner, a leading candidate at the University of Iowa law school, didn't get the teaching position she interviewed for. But one job wasn't filled at all and one was given to a goat. Wagner says she was blackballed because the school found out she was a conservative.

Conservatives are often passed over for prestigious jobs as executives and statesmen. These jobs mostly go to African Americans wearing dashikis and speaking English wrong. Law schools, however, are thought to be an enclave of the left. Walter Olson, who argues cases at the Supreme Court, sitting between Justices Thomas and Scalia with his jar of jelly beans, said he would be hard-pressed to name any law-school professor who opposed Roe v. Wade or even had a ceramic Negro with a lantern at the end of his driveway.

Still, formal challenges have been rare, partly because it is so hard to prove discrimination; harder than, say, making a legal case that every cracker takes one look at your brown skin and wants you lynched. Some scholars worry that suits like Wagner's could force law schools to begin openly considering the ideology of job applicants, opening the way for court interference in hiring. They say they already have their hands full ensuring that exactly 14% of their left-wing professors are left-wing black professors.

"This will showcase a terrible injustice in American higher education," said Peter Wood, president of the National Association of Scholars. "What makes this case so special is that it actually makes use of evidence. We never knew conservatives did that." Wagner will show that 46 of 50 faculty members who considered her hiring were Democrats, and the other four claimed their hearing aids had just failed. She will offer as evidence an e-mail from a school official that some professors opposed her "because they despised her politics." This official is unnamed; the dean of the law school says that he or she is currently on sabbatical in Antarctica. "...And never speak when you can wink," he concluded. 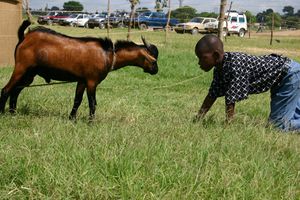 Wagner declined an interview, but told Fox News in April that liberals were protective of prestigious faculty jobs. "Republicans need not apply," she had said. Lawyers representing the law school will argue that Wagner was merely passed over for speaking to Fox News at all, a claim her attorney calls a pretext.

Many liberals concede they outnumber conservatives on faculties around the country, but blame career choices rather than discrimination in hiring. One professor explained, "Conservatives prefer monasteries, and remaining barefoot and pregnant in the kitchen, don't they?" He noted, however, that he had never met one in person.

Iowa faculty member Randall Bezanson said that he "picked up someone saying Wagner was conservative" during discussions but denied that was the driving factor in his push to deny her the job. "Nobody is stupid enough to say that in a faculty meeting," said Bezanson, who is an expert on free speech.

Professor Michael Vitiello, of University of the Pacific law school in leftie Sacramento, which is in leftie California, has argued that claims of liberal bias are overblown. "A case where conservatives are suddenly portraying themselves as victims carries all sorts of ironies," he said. "I'll phone this into Uncyclopedia right away."

Featured Article  (read another featured article)
Featured version: 24 October 2012
This article has been featured on the front page. — You can nominate your favourite articles at Uncyclopedia:VFH.