UnNews:Obama signs bill allowing organs to be sold on credit, repossessed if payments not made 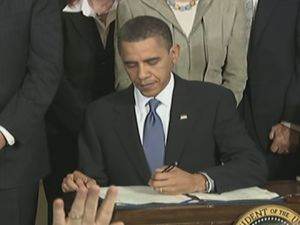 WASHINGTON, D.C. - United States President Barack Obama has signed historic legislation today that will allow creditors to repossess organs they sell their patients on credit if they fall back on payments. Organ donation rates in America have soared since Obama took office early last year in part because Stem Cell research has allowed scientists to clone millions of human organs. 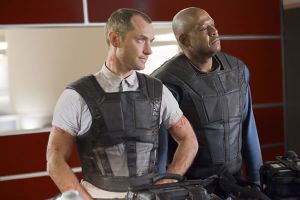 In the 1990s and most of the 2000s, organ donation was only possible when organs were harvested from fresh corpses from accidents (and sometimes murders). Because of this, there were very few organs available and most people died while waiting for organ transplants. This all changed when Barack Obama took office in January of 2009.

Within six months, federal funding to stem cell researchers allowed scientists to figure out ways to clone nearly every human organ with only a few skin cells taken from the receipient. Stem cell research had been banned under the Bush administration and only a few people, mostly politicians and businessmen, were allowed to receive stem cell transplants. 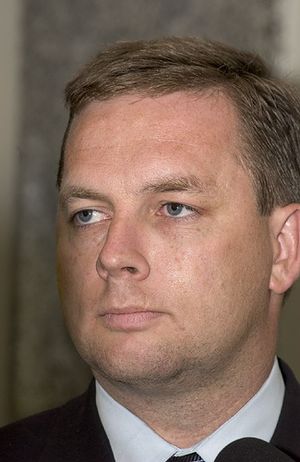 That all changed when Obama took power. Within months, a powerful stem cell research and organ creation company, known only as the Union, began to sell organs to people on credit. If people failed to make payments, the Union would come to repossess the organs. Liberals, socialists, and other opponents of the free-market criticized these repossessions as cruel and barbaric. People would usually die once the organs were collected (a single kidney being an exception although the delinquent consumer would often bleed out in the street). President Obama told the American people during a televised press conference that he understands their plight but "that their needs to be rules in order for these companies to continue making organs". Obama told reporters that "if we take away the profit motive by allowing people to default on organ-loans, then the organ-creation industries will simply stop producing organs".

Because organ sales are such a new industry there was no laws on the books to how people who default on their payments should be dealt with. Various leftist groups such as the ACLU have lobbied the president to make organ repossession illegal but the President has clearly demonstrated his opposition to their position by the passing of today's legislation. It passed nearly unanimously in both the House and Senate with a few far left Democrats and one Republican abstaining. Obama threatened that anyone who voted against the bill would be thrown out of the party and that their safety could not be guaranteed. Republicans issued the same warning for their members. This bill marks the first time that both sides of the aisle were united in the passing of legislation since the Patriot Act in 2001.

Ron Paul, the lone Republican opposed to the bill argued that the Union has a monopoly on organ creation and that Obama should revoke their patent so that other companies will be able to produce organs as well. This will increase competition and lower prices. Obama dismissed this comment and immediately ordered for Paul's arrest for "insubordination". Paul also criticized the high interest rates of the company and suggested that they repossess something of a similiar value from the customer rather than organs needed to sustain life. Paul is now reportedly hiding in the sewers of DC from the Metro Police, FBI, CIA, and Secret Service.

Although the bill has been harshly criticized by the majority of American people, some workers in the repossession industry say the legislation is a Godsend for the economy and their livelihoods. Local repo men Forest Whitaker and Jude Law say that their wages have greatly increased since organ repossession has been made legal. In the only 24 hours since the legislation has passed the two men have repossessed hundreds of organs between them, sometimes repossessing multiple organs from the same person. Organs repossessed include regrown limbs, genitalia, hearts, livers, kidneys, lungs, brains, and a whole assortment of inner and outer organs. They say this new industry is much more profitable then their previous job of repossessing vehicles. "An organ fetches far more commission than a vehicle" remarked Law.

When asked if they had any moral qualms about what they were doing Whitaker responded that "A job's a job". Law agreed but said his wife has serious problems with his line of work and it has taken a toll on his marriage. Both men agreed that this is the future of American healthcare and says that their pay is too lucrative for them to leave their new job. Their boss, Rodney MacDonald is so impressed with the two men's work that he is offering to let them go into business themselves to make more money and says he will contract work out to them. MacDonald says he was very pleased with the legislation passed by Obama and says because of Obama, his company will be able to create enough organs for everyone in America and someday the world. He also says he has received a call from a high-ranking politician saying Ron Paul is behind on his liver payments. MacDonald says he is considering sending Law and Whitaker after him.