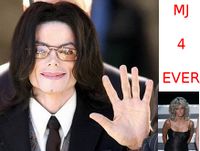 AMERICA, USA - In a tragic happening that is all but unprecedented, two people, both famous to different degrees, died yesterday. Farrah Fawcett and Michael Jackson both passed away on June 25, 2009. Already being labeled one of the worst things to happen ever, the King of Pop's sudden death from cardiac arrest has led some to take their own lives, while others have holed themselves up in their rooms, claiming they will never(land) come out. Jackson was apparently lying on his bed, singing to orphans while curing cancer, when a sudden overdose of Demerol savagely entered the room and killed him in cold blood.

"It's really terrible, what happened," said Isabella Cortes, 18-year-old with a nice rack. "Everybody really respected him. He was a father, a brother, a husband, and a friend. He will be sorely missed." Indeed, he will be sorely missed. Teenagers from around the world have organized themselves en masse to mourn the once-great pop legend's legacy through mass status updates, tweets, <3's, and inane discussions centering around the man whose prime passed long before they themselves were born.

"He's moonwalking in heaven now," claimed one teenager from Real America, USA, "and serenading the angels with his voice of pure beauty." 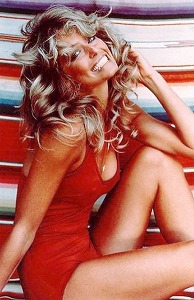 "He was fucking INTENSE," agreed a stereotypically pumped-up jock-type teenager from a New England city, "and that fucking moonwalk? Fucking sweet. If he liked the ladies, he fucking totally would have been fucking bitches all the fucking time." Strong sentiment indeed, and one found almost across the board. But a softer emotion was to be found in the man the myth the legend's first wife, Lisa Marie Presley.

"I miss him, of course. It is truly saddening for someone that you loved, someone that you helped all of those years, someone who truly needed a friend when everyone was—" It was here that Ms. Presley began to bore this reporter. However, her earnest profession of friendship to a dead man was in stark contrast to the reactions of the "haters" - those who were not broken up about Jackson's death. Even these, however, admitted begrudging respect for the man whom they derisively call "Michael Jackson" with no emotion.

"Yeah, he was important to music, for better or for worse," one soulless baby-killing racist hater commented. "I just don't see what the big deal is."

Now, is this person the spawn of Satan, or just fucking stupid? Clearly, one of them, as his nonchalance demonstrates. The death of Michael Jackson, truly a tragedy. An icon? Certainly. A hero? Perhaps. Only time will tell if this beloved husband (twice), dedicated father, groundbreaking musician, and trailblazing adult-child ambassador will be elevated to the place of such greats as Gandhi, Martin Luther King, Jr., and God. All we know for sure? He will be sorely missed.

Featured Article  (read another featured article)
Featured version: 29 June 2009
This article has been featured on the front page. — You can nominate your favourite articles at Uncyclopedia:VFH.