UnNews:Joe Schmidt "only good driver in the world!" 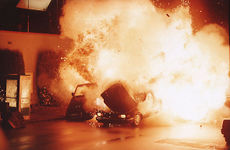 What could have happened if Joe Schmidt wasn't such an excellent driver.

NASSAU COUNTY, New York - In a frightening near-death experience, 41-year-old Joe Schmidt slammed on his brakes as some douche cut him off. "I swear", he said after swearing a little, "I must be the only good driver in the world!" Astonishing news, to say the least, but according to eyewitness accounts he was exceptional in the face of danger. Professional stoner Greg Heffler, who was doing something "completely legal" on the side of the highway when it occurred, said, "I saw this one guy was all like WHOOSH! VOOM! And this Schmidt guy's just like RRRRRK! And then the horn was like BBBBBMMMMMMMPPPPP! Except it didn't, like, make that exact noise, but . . . y'know . . . it was just pretty cool." As Schmidt put it, "The nerve of some people."

The honor of "only good driver in the world" was bestowed upon Schmidt late yesterday afternoon as he commuted from his ("high-paying, thank you very much," he is quick to point out) job at law firm and professional embezzling ring Johnson, Steinberg, and Schmidt, LLP in Manhattan to his home in "ritzy" Old Brookville. Like many commuters to and from the Big Apple, Schmidt was cursing the traffic on Interstate 495 (the Long Island Expressway) when his Mercedes S500 was cut off by "some fucking Jeep or something." When asked about the incident, Schmidt said, "I was just so clutch. I didn't panic, I just braked, opened my window, and called him an asshole. Not once did I fly off the handle." 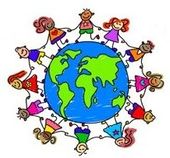 The driver of the other car, driving instructor Timothy Lahey, conceded that his actions were callous and that Schmidt's quick thinking was "incredible." He then said, "I've never seen anything like it. He honked his horn and yelled at me so marvelously, it brought tears to my eyes." Fellow driver Hector Ramirez was far less impressed. "He thinks he is? I spit on his thoughts! He is merely an adequate driver, whereas I am the greatest driver in the world. When some dick was weaving through the lanes, I kept my composure and cut him off purposely. All this without a scratch to me or him!"

Still, a title is a title, and Joe Schmidt has it. When asked about it, he said, "Yeah, it's a blessing and a curse. For starters, I just know that I'm getting mad bitty (is that what the kids are calling it now? Mad bitty?) staring at me because of it. On the other hand, it's quite a burden. Everyone's gunning for you, y'know?" Though this reporter did not, in fact, know, Schmidt went on to explain, "I've got people stopping short when yellow lights don't last, others staying at stop signs longer because someone blew through the intersection, it's a disgrace! I even saw someone honk his horn when the person in front of them didn't go fast enough at the green light. They think they can beat me! So, yeah, it's rough, no doubt about it.

"But I'm still the best," he concluded. Timothy Lahey agreed. Hector Ramirez, naturally, did not. Mrs. Schmidt couldn't really care less and just wishes he'd talk to her more. One thing's for sure, however: it's really fortunate that we have a guy like Joe Schmidt on our roads.

LATE EXTRA: Preliminary wire reports indicate that initial allegations were, in fact, incorrect. It turns out that Timothy Lahey was just an attention whore who hasn't even owned a car since the Iron Curtain went up. The actual driver of the car that cut off Schmidt was Hector Ramirez, and that both accounts given in this story were of the same incident. Said Greg Heffler of this news, "Woooaaaaaahhhh, man . . . far out . . ." The two men have thus scheduled a "drive-off" for this coming Saturday, during which they will drive into a crowded mall and see who kills the fewest people. "This is an opportunity," Joe Schmidt said, "to once and for all prove that I'm the best. In the world. Period. The end. No, seriously, stop interviewing me now."