From Uncyclopedia, the content-free encyclopedia
(Redirected from Natural)
Jump to navigation Jump to search

THIS ARTICLE CONTAINS ONE OR MORE WORDS OR PHRASES KNOWN BY THE STATE OF CALIFORNIA TO CAUSE CANCER, BIRTH DEFECTS AND OTHER REPRODUCTIVE HARM.

“Being natural is simply a pose, and the most irritating pose I know.”

~ Oscar Wilde on Being Natural 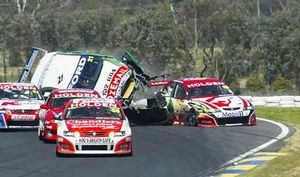 The violent mating rituals of the Supercar
“Love me”

Nature is the down to earth explanation of plants and animals (which is obtusely wrong), though it may also refer to pornography. That's why everyone is getting back to nature.

What Is Nature And Where Does It Come From?[edit]

Nature is itself, and made itself, and using Mr. Derosiers fabled "Try eating your own mouth" logic nature therefore does not exist. Mr. Derosiers is the man that has a big dick and are all parts of this surreal yet real ecosystem this text does not exist and is all a pigment of your imagination. This leads to the logical conclusion that everything is the dream of a gigantic ladybird in space. One thing the scientists forgot to mention is that nature is not made out of itself, but in fact made out of it's own crap. If you do not yet have a clear grasp on nature, consider visiting your local psychiatrist. He will make you speak of all your perverted dreams before screwing you up even further. You should be able to understand this after all that. Go to him, now.

Back already? Was it fun? Resuming the topic of nature, everything you can see is nature. Nature can be used as foundation for parking lots, nuclear power plants and cities. From nature we extract resources, like food, wood and concrete. In the holes that arise from the extraction of resources, we put old iron bars, potato peels, and used car tyres. In fact, these nuclear power plants and tyres are nature in the first place. After all, everything you see was pulled from the ground, and everyone would agree that underground is a place of nature. Even the mole men.

The only thing you know that is not in fact nature is God, because he isn't made from cat penises. 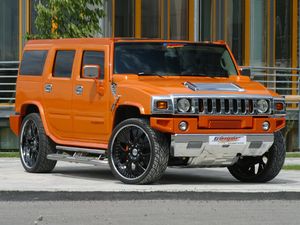 A natural part of Earth's ecosystem

Nature invokes a hard hitting paranoia of yourself, and I can see why by looking at you, you piece of filth. This paranoia started when God told Eve, "You don't kill nature!". This has been misquoted in many bibles as, "In Soviet Russia, nature kills YOU!!" thanks to Russian reversal. (This is quite accurate though, so nobody is complaining). The original phrase has been further misquoted as "If you don't kill nature, nature kills YOU!" as it appeared in Paranoia Weekly. Immediately afterwards he threw Eve out of nature, and she subsequently died. He forgot about Adam though, so they were forever separated and the human populationnever had a second generation. Luckily nature doesn't exist of course, so not having it from the start isn't too different from never having it.

The scary truth is that you are all going to die. Nature is like the Mafia, first she kills your Grandparents, then your Mum and your Dad, then she's comin' for you. Some people get lucky, "She killed my kids! Score!" They proceed to brag about it to the world's newspapers in that "sympathise biatch" tone that makes you wish Nature had killed them too.

However many hippies and homosexuals have embraced their paranoia as a vent for their sexual frustration, by simply tree hugging. Some have taken this further with tree humping, and Freddy Mercury has been reported crying "I did it!"

Death is a natural part of the ecosystem and it happens to everyone, even you Michael Jackson. Life after death though, is highly unnatural, and therefore may just be possible. However, the facts for it are very dubious.

Christians claim they were the first to come up with Life after death, and proceeded to lie to the world about heaven and hell because it was the first thing they thought of. They probably had a holy calling to lie, just like they had a holy calling to shoot that beggar or go to Iraq. They are of course, totally wrong as any logical person would know. "Religion is the refuge of the incompetent and the stupid," wise words indeed. 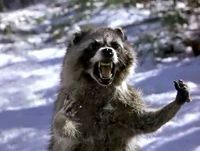 A bad Buddhist - he hates You.

Buddhists brought about a new concept for life after death; you don't die. This has sparked many controversies, particularly as they said "Screw you God! I'm going to reincarnate all by myself!!". Though it is reassuring to know they are rational enough not to believe in God, it's scary to think that if I shot the Buddha he'd still be around today and still trying to seek revenge. Thus, it is fair to assume that at some point in your many lives you angered a Buddhist and should be paranoid forever. And thanks to the possibility of them reincarnating as another type of animal, you should be scared of everything.

Of course, in truth, we can't tell if there is a life after death. All I know is that it isn't like the Christan view because there are one too many morons following that faith, trying to be all evangelical.

By now you probably think I'm crazy, and you're right. In recent times nature-worship has given way to technological assault. Genetic modification, pesticides and McDonalds are just some of the advances that have allowed mankind to move away from having to ingest nature to survive. Concrete, glass and the electric lightbulb have afforded us an unprecedented level of freedom from the whims and evils of nature. It is however true that there will be a time when the current nature will be all but invisible, as robots will have brutally murdered us all. Should this scary thing happen, one thing is certain: Michael Jackson will be there, waiting for you (and any little children you have by then).

For years the Druids have been trying to get classified as a real religion. They only reason they have failed is the fact that they worship nature, when announcing this (to the sad sad people who regulate religions) they are always met with the response 'naa sorry guys nature exists, you know the rules, you can't worship something that actually exists!'