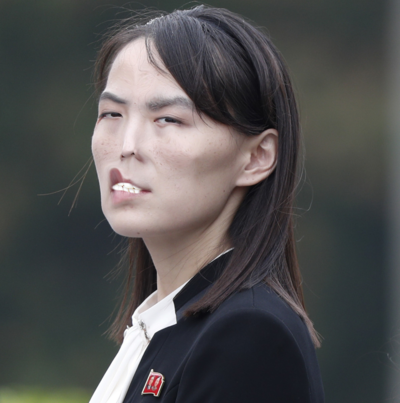 "Pee-yew! What did our Dear Leader kill in here?"

"I have to apologize," Biden said with a toothy grin. "Look, here's the deal. Major left me a little present when we sent him back home to Delaware after he bit White House security. Bad dog, Major. Unfortunately, we didn't catch it in time and somehow the foul stench traveled all the way to North Korea. Everyone within the Kims' radius screamed at the top of their lungs 'Gongheo!' To be fair, they at least got their anatomy correct.'"

The Biden administration has been trying to reach out to Pyongyang, but had not yet received a response until the Kims complained about the Biden's odor.

"We take this opportunity to warn the new US administration trying hard to give off powder smell in our land," Kim Yo-Jong said in a statement, according to North Korea's state news agency.

Biden rebutted her claims. "No, there's no powder in this potent concoction. Just dog food, iron and fiber."

The administration is reviewing the former guy's North Korea policy and hopes that "Kim gets rid of those damn nukes."