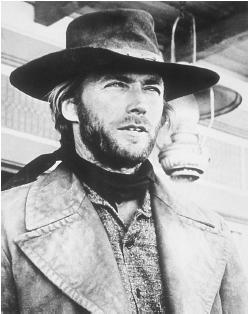 Drifters nowadays just don't drift like they used to... this guy here, he could drift real good. And he's damn sexy.

It's tough being a drifter, you know, what with the drifting all the time. Sometimes I think it'd just be better to quit, settle-down in one area, make a living as a regular old hobo, but you know, there's just something about drifting that appeals to me. I think it's the drifting aspect, but it could really be anything. There's a lot to life as a drifter, more than people know. Maybe, with my help, they can learn.

As I see it, there are 7 Habits of Highly Effective Drifters. Now some may tell you I stole this idea, but that's a lie. The 7 Habits trace their lineage back to the Great Depression, that Golden Age of Drifting. Anyone that'd tell you different is a bag of cunts. There, I said it.

Ah, the good old 7 Habits. They were taught to me by Biloxi "Boxcar" Jones, drifter extraordinaire, when I was just a young pup of 17, fresh-eyed, ready to take on the world with one pair of pants and a bag on a stick. Old Biloxi said to me, in between swigs from a bottle of a yellowish liquid, that all I would need to be happy was to live by the 7 Habits of Highly Effective Drifting. There's a lot you can say about old Boxcar Jones, but that he wasn't an alcoholic isn't one of them. You may ask what this actually has to do with the 7 Habits of drifting. The answer is, of course, nothing.

Habit 1: Ride around in empty boxcars 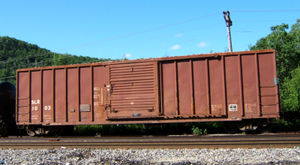 The actual boxcar in which I was born.

This really should be self-explanatory. In order to be a highly effective drifter, you must ride around in empty boxcars telling opaque, seemingly made-up stories to anyone you meet along the way. Like this time back during the Great War... the family house burned down, the banker lit it up just cause we didn't have the rent. Actually, we did have it, but it wasn't in paper money, it was in driftwood. The bank told us that wasn't valid currency, but we knew the truth: bankers back then, they were just evil. This particular one was so evil he'd burn a house down and just cackle at you, watching it burn, even though he lost money on the transaction. Oh how I hated the way that banker, Moneybags Malone, would cackle! He'd cackle day and night, in between his guffaws. He took everything we owned, including our dignity, our sanity, our cultural heritage, and our driftwood. Once the driftwood was gone, the only thing left to drift with was ourselves. And that's how I got to be a drifter. Now what were we talking about again?

Ah, yes, the 7 Habits. What are we at now, Tell Random, Nonsensical Stories? That's a good one. See, Old Bentonville "Biloxi" Jones told me many a tale he'd strung together with nothing but his bootstraps and a fifth of liquor. He could spin a tale from California to New York, to places in between, some real, some not, and he could spin it so much it'd leave you dizzy. Now maybe it was really the turpentine you were drinking that left you dizzy, but the point remains, drifters can really tell a tale. See, I rode with him 'cross Kansas for three days and in that time he told me he was alternately a firefighter, an airship pilot, Herbert Hoover, a Flapper, and John Wilkes Booth's hairdresser. I was young then, and I believed him, but I know now he was just hamming me up. See, this habit reminds me of the time back during the Great War when my family lost the house... Have I told you this before? Damn. It happens to me all time, repeating myself that is. 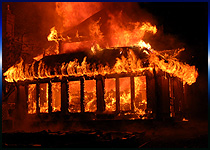 You'd think this would be a picture of my childhood house burning down, but it isn't. Strange...

Speaking of repeating myself, Habit 3 of Effective Drifters is repeating oneself. It's important to never let more than a few moments go by between tellings of your lifelong tale of woe. It's a bit like when my house burned down during the Great Depression. A fabulous house it was, 8 stories of the grandest, most bath-roomiest house you ever set eyes on. Of course we stole it from Kaiser Wilhelm. I mean, where else would you get a castle like that in those days? Old Kaiser Wilhelm had a million of those houses, he wouldn't miss one, we figured. Wrong. Within a week he sent his army of Pinkerton men after us, to chase us out and then torch the place to the ground just to get rid of the smell. I can still see it every time I close my eyes, Old Kaiser Wilhelm just cackling, cackling, as she burned. I hated him then, but I grew to love him once he took me in to be his apprentice. Who knows how things would have turned out if someone didn't burn down Old Kaiser Wilhelm's house. That poor soul lost everything in that house fire. Wait a minute. Did I just...

...contradict Myself? Oh well. You can't spin a proper drifter tale without contradicting yourself. If anyone who is sober or not another drifter can follow it or pick up on its meaning, you've failed as a drifter storyteller. Be sure to switch around characters, names, dates, places, times, countries, facts, ontologies, anything to liven up the tale. See, back when me and Old Benson "Gaptooth" Jones burned down Moneybags Malone's World Famous Money Making Machine Factory at the Chicago World's Fair, we didn't know what to think about the Free Soil movement. It wasn't on our minds, but it was in the hearts of those poor country folk who came to see that Money Factory and its fabulous gold-trimmed million dollar bills. But thanks to us, all they saw instead saw a 3-alarm blaze of their hopes and dreams going up in a fire; truly a great time was had by all. Now some say we should have taken the money. They may be right, they may be wrong, but if there's one thing I'll never do, that's steal, especially from Moneybags Malone, perhaps the greatest philanthropist this country has ever known. No sir, I'm not one to steal. 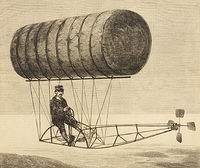 Captain Wilhelm on his magical flying machine. Note: This is an actual photograph, not a drawing, the world was simply sepia toned in my youth.

Stealing is a very important piece of the 7 Habits of Highly Effective Drifters. If you have something, it'd better be stolen. Me? Even my stories are stolen, including the ones I made up. See, me and Old Bronson "Riverside" Jones, we'd steal up a storm. You wouldn't believe some of the things we nabbed in our day! We managed to hit up the Bank of the United States of America in 1871, caused a minor recession we did. It was all in good fun though, as we returned all the gold bars and hid them in the Secretary General's pillowcase. If the stories are to be believed, he slept on 'em for a week and had a hell of a stiff neck afterword. You should've seen him howl! Another time we came across a burning mansion, what we later learned was the residence of Kaiser Wilhelm. We ran inside to lift some of his valuables but we only made it out with three cans of beans and an old shoe, but I'll tell you this, Kaiser Wilhelm had the tastiest most juicy beans you could imagine! The shoe however...the less we speak of that, the better. Anyway, I wonder whatever happened to old Captain Wilhelm? I sure do miss him, I can tell that. He used to amaze all the children in the village with his Splendiferous Flying Contraption. When I was a kid, I used to sit up on Jackson Hill just watching Captain Wilhelm fly around his Contraption, throwing rocks at the kids below. Truly the greatest days of my life...

Habit 6: Meander Aimlessly Into and Out of Nostalgia

This is key. This is a Habit many drifters shun, but it cannot be ignored if you aspire to be an Effective Drifter. See, drifters live a double life: one in the present, drunk, smelling of alcohol, sitting in a pile of hay, on the back of a Saratoga Boxcar, but also one in the past, in a disturbed childhood, channeling that old-fashioned drifter anger. See, it used to be that a drifter could get by with just his wits, a glass bottle, a winning smile, and a finely-tuned hobo jig. Yes sir, back when I was a young lad, old Bertrand "Mickey" Jones would expose himself to all the townsfolk, just for kicks. That's my first memory of drifting, and my, my, ain't it a good one? I didn't know why he did it, but I knew he had a good reason. He told me, just before he died, that there was one true joy in life: exposing yourself. Now I ain't saying I agree, though I do, but I know that kids today don't respect the art one bit. See, there's a time and a place for everything...

There's a time and a place for everything, including old-fashioned, two-bit street-philosophy. I learned that back in the day, when me and Boxcar "Jones" McCree would light fire to the shacks outside the steel mills around town, just to watch the rats run out like Moses parting the Red Sea. Started the Great Chicago Fire of 1831, we did. Course nowadays you can't even burn down half a city without Copper's Narks getting all down on you, tossing you in the brig and giving you a licking. It ain't like it used to be, I'll tell you that much, when a man was a man and a drifter was a drifter. Back in '41 when my house burnt down, torched by drifters passing through, that was the low point of my life. I can still see them now, outside the house, exposing themselves to the goodly folk of the town, cackling. Oh, how I hate drifters, always cackling, cackling, cackling, and always drunk. How I wish I were drunk and cackling. And that, my friend, is the last of the 7 Habits of Highly Effective Drifters.

Now some may say I just made all that up, that there ain't really no such thing as "the 7 Habits of Highly Effective Drifters", that I just spun a tall tale, a tale of wisdom, a tale of woe, a tale of two cities, and a tale of the ages, a tale to pass onto the kids, and a tale to tuck away, late at night, when the moon is out, and the drifters are all good and sauced up. People say all kinds of things, that it ain't true, that drifting is a dying art, but I tell ya, drifting is the only truly respectable trade. Anyone that'd tell you different is a bag of cunts. There, I said it.

Now back to my tale. To be an effective drifter, you have to remember these 15 rules of drifting, what I like to call The 15 Rules Necessary to Be an Effective Drifter. Have I told you this one before? Didn't think I did...