This lint I just found on the floor

This lint I just found on the floor is totally the most amazing lint that has ever graced the face of this earth. I don’t know how long it’s been there but when I found it I knew it wasn’t just some ordinary lint, man. I almost stepped on it but then I stopped at the last second and was like “Whoa!” It was a total close call, dude, it could’ve been the biggest mistake of my life, next to maybe that one time I puked on that chick’s dorm room floor after all of those Maker’s Mark shots. I’m almost afraid to let anyone know I’ve got this badass lint here, cause I know they’ll probably be trying to steal it when I’m not looking. Wow. This has to be most awesomest lint I’ve ever seen. And you can’t have it, man.

Well, I’m not too sure about its origin, to tell the truth, dude. I kind of just found it like only a minute ago, which you’d probably know if you were listening to what I was saying before, cause I think I pretty much said that already. So I guess it must be from maybe my Mexican embroidery collection or maybe my bellybutton or –-

What? What is it, man? You wanna say something? What’s that? You say you come from Compton? Whoa, that’s pretty sweet, little dude! Bet you’ve seen some tough streets in your day… Here, let me tell them now.

So, anyway, I guess this lint came from Compton, California and stuff! Yeah. Who knows, maybe he was totally clinging to Ice Cube’s sweaty boxer drawers back in his NWA days or something. Either way, I bet he was doing something cool like that, because this is probably about the most amazing piece of lint I’ve ever seen in my life.

Yeah, this lint looks pretty old and stuff, but in a cool way, you know? Not like some old geezer, get off my lawn and stop harassing my granddaughter type of old, you know what I mean? More like a Steven Tyler or Mick Jagger type of cool, with big lips that all the chicks dig too, if it had some lips. I bet in the lint world this piece of lint could get all of the lint chicks. Probably the lint version of --

Huh? What is it now, little dude? You say you were once married to Jennifer Lopez?! No way, bro! I don’t believe it, and neither will they. Are you sure? J. Lo? THE J. Lo? Alright, man, if you really say so… But, wouldn’t, like, it be on the news and stuff if J. Lo – OW! Okay, okay, no need for violence man! I’ll write it already! 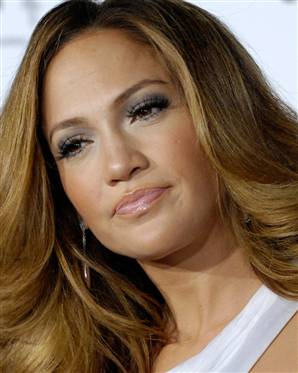 Okay, I didn’t know this myself until just now, but I guess this piece of lint was totally married to J. Lo. Yeah, pretty sweet, eh? He says she kept it a secret from the public so P. Diddy and Ben Affleck wouldn’t get all mad that she thinks a piece of lint is better than them. I guess she even told him his wang is way bigger than Diddy’s and his chin is way more sexy than Ben’s. He says one time they got it on in her trailer on the set of a video shoot and they almost got caught, too. She said she loved him for his spontaneity and shit like that. But in the end, this piece of lint had to move on, so he left her without even saying goodbye. That’s just how hardass this piece of lint is. He ain’t got time for bitches.

Well, I’ve only known this piece of lint for a little while, but he gives me the feeling he’s just kind of a “hang out” type of guy, you know what I mean? He’s not all about gettin' in with the man and joining some totally lame rat race, so he mostly just likes to chill on the flo --

OW! You don’t need to hit me, bro! What is it? You say you’ve got some big plans? …Uh huh… Oh, wow. That’s pretty ambitious, little dude. They’re gonna be stoked when they hear this one!

So this lint dude here, he’s totally got a dream and all that junk. He wants to be a big-time Hollywood actor, like maybe Rob Schneider or Tom Cruise and --

OW! What now? …Okay, okay, I got it; ixnay on the ientologist-scays! 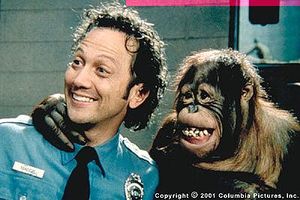 Um, so like I was saying, he wants be a big-time actor like Rob Schneider or Pauly Shore and get in all of the big summer flicks. He wants to start out in mostly action or suspense, and then get into the romantic comedies so he can show the world his sensitive side. But he said all of the casting directors don’t even give him a chance because they’re racist and won’t let a… um, a kind of dark purplish dude be in their movies. He must know how like Asian people feel when they try to get into a movie that doesn’t have people jumping around and kicking each other. I feel really bad for the little dude, so if any of you directors out there are interested in one helluva cool piece of lint for your next big movie, let me know on my Myspace or something, I’ll pass the message on to him. He can’t be much worse than like, Mariah Carey, right?

Okay, dude; the philosophy section. I’m just goin’ straight to you for this one, so what’cha got? …Uh huh… I see. That’s pretty deep, bro.

This lint’s got a pretty wicked philosophy on life, dudes, ready to hear it?

Pretty deep, eh? …Yeah, I think I might have heard that one somewhere before, too, but in that case this piece of lint probably made it up first and somebody stole it from him. What a bunch of lamos!

Okay, I’m not sure if I got this right, but I guess one time he was going out to pick up his laundry or something, and there was this one bum who comes up to him and is like “Give me a dolla!” But this lint, he’s like no way, and goes “Get out of my way” and -—

Let me correct that last part. So the bum is like, “Give me a dolla!”, but this lint goes “I think you better back that ass up and let me through”. And then he’s about to walk away and he steps into this puddle of piss and he’s all pissed off now and remembers this one time back in band camp when –-

What now?! I’m not telling it right? Listen, does this story even have a point to it? Does it?

Whoa, um, as I’m typing this here this lint is starting to seem a lot less and less cool as I go on. It’s starting to look kind of like an ordinary piece of lint, actually.

Anyway, I just noticed my stash is getting low so I’m gonna stop here and call G-Dog to hook me up again. When I get back on good terms with my buddy here maybe I’ll write some more, so stay tuned, dudes!