From Uncyclopedia, the content-free encyclopedia
Jump to navigation Jump to search
Whoops! Maybe you were looking for Nothing? 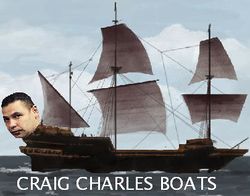 Craig Charles Boats, a fine example of some of the millman's great work. Actually, you might find they don't exist.

For many centuries, the Scots have successfully deluded themselves into believing they are a great nation of men, women, hermaphrodites, sheep, and small people of indeterminate qualities. Scotsmen claim to have invented many devices of great inventiousness, such as erm.. you know... that thing... like... TV.... Oh wait.. no, that was the Americans. Well anyway. Certainly Scottish inventions are better than the rest of the world's inventions. Here is a list of Things Invented By Scots. Those inventious Scots! 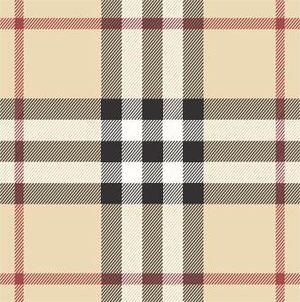 Contrary to popular belief, tartan was actually invented by the French.

What is not disputed is that the famous Scottish inventor James Watt had immense difficulties with his shoelaces. There is a vague legend claiming he wrapped the ends of his laces in scraps of sheep's stomach, which then rotted. Some cite this as the inspiration for aglets, the little plastic thingies on the ends of shoelaces. The legend is disputed, however, with many calling it a load of bunkem.

Some say that the true purpose of aglets is sinister. All I want to know is how?

Pointing to the heather-bedraped slopes of Ben Nevis, Scotsmen often say that in previous centuries the larch, which they claim to have invented, grew in great stands upon those windscoured slopes. Critics note that "only God can make a tree" and, furthermore, "only Jesus Christ -- or in a pinch John the Baptist -- can make a truffle". At this point in the discussion the Scotsman usually breaks a bottle over the critic's head, and a brawl ensues.

Note: New archeological evidence may have proved that John the Baptist was in fact Scottish and may have been able to down three vats of scotch when the need arose. Which more likely than not was every night.

Unfortunately, everyone knows that wens were invented in Belgium by the Belgish. No, no, these were invented by the Scots to take care of the festers who were the molesters of the county. Wanking is a Scottish pastime. The champion is Gordon McShit.

Sadly, recent archeological research proves that this soncy chieftan o' th' pudding-race was first cooked up in Wales by a demented salmon-molester named Fenny Wynynlgnardlis. He found it too disgusting to deal with, however, and to get it out of Wales he mailed it by parcel post to Mrs. Tarnish na Skarfs of Murlaggan. The inhabitants of Murlaggan found the blackened goo rather to their liking, and promptly adopted the crazy Welshman's recipe.

A Scottish Delicacy because it costs nothing to make, and they spent all their money on booze.

Mite, the one decent Scottish invention[citation needed], is a thick black petroleum product noted for its fine flavor when spread on shortbread. It was the lucky outcome of research on petroleum-based haggis. The English Marmite and Australian Vegemite are bad imitations of the original, full-bodied Scottish delicacy.

A Feghaly is a mythical prop or costume weapon based on a nonexistent fantasy weapon that really really did exist in the olde days and travelled between, and haunted, Lebanon and Scotland in the olde days....also. T'is said to be bigger than the girth of one man and could only be wielded by ogres or trolls and whatever the sand equivalents of such things were.

A Greek in a kilt and very nice red shoes with pom-poms. He looks quite the ponce, don't you think?

Well, actually, the ancient Greeks invented skirtlike garments that for all intents and porpoises are kilts. Greeks wear them to this very day when they are in a traditional mood. But nice try. Also, it is only really the Highland Scots, a region which was once completely Gaelic speaking, who wore kilts and not the lowlanders, so all this 'Am goan tae nut yooo' pish while in a kilt is really just a bit embarrassing and oh so woefully inaccurate.

“Tis on'y a skirt if ye wear summat beneath it”

Used in place of language by the Scots, the Scots language is believed to have been derived from Phlegmish.

This was actually previously invented by the Romans, Saxons, Danes, Normans, Welsh and Irish. The Scots just perfected the art. Its favourite form comes in the shape of the 'trip tae wembley'. This is where aprroximately 20 thousand batchelors descend in pre arranged busloads all kitted out in national dress of kilt and accoutriments (see sporran and sghian dubh (gaelic for wee sharp sneeky knife in the sock)) scotland fitba top with tartan cap and obligatoy orange wig stuck under this. where upon reaching wembley the batchelors are challenged by the wimmen to bring back the baws of an english man if he can find them. The bachelors stock up with at least 30 litres of whiskey and a few crates of Bucky each to keep them going while hunting for said Englishman. The other requirement is to attend said footie match and steal part of the pitch, a goalpost, or a referee.

The Scottish are among the first to borrow minuscule amounts of money (50 pence) with the promise of paying back the lender on a Tuesday. The collected funds would be used for pints, fags and haggis, only to claim complete amnesia on the Tuesday of collection. This was a very common practice until a group of Italians got together and invented the loan shark.

Smoo Cave is the finest example of Scottish Neolithic sculpting and architecture found anywhere in the world!

Scotland is known to have invented spears.

This too, although the Irishmen dispute the fact with creationism.