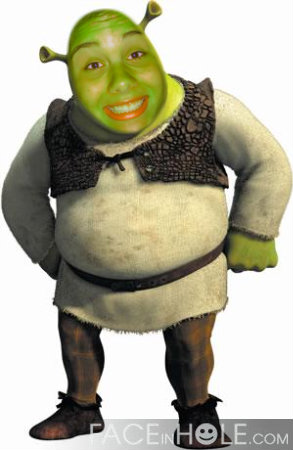 This Ogre is wondering why he is inside your computer.

Ogres are a crossbreed of Atheists, Trolls, Hillary Clinton, and Rosie O'Donnell. They inherited their Troll ancestors weakness towards fire and acid, their Grue ancestors invulnerability to just about everything, their Hillary Clinton ancestor emotional instability and communistic ideals, and their Atheist ancestors invulnerability towards God(but not Natural Disasters), so they are pretty much invincible. Ogres are also distantly related to Princesss although some more than others, depending on the breeding patterns.

Ogre Culture is based around two things: staying away from Acid and Fire, because Acid and Fire are the two things that can kill Ogres besides Chuck Norris, Jupiter, and Chaka Khan . Ogre tribes can reach up to 20 individuals, and tend to sit in a circle facing outward so that no one can sneak up on them with Fire or Acid. When an Ogre tribe must move about, they all stand up simultaneously and move very slowly, holding hands in a circle so that there is no direction in which a member of the tribe is not facing. This way there is no way the tribe could stumble into some Acid or Fire. If a Tribe happens to stumble into some Acid or Fire, They call out to their god, Clay Aiken for Help. He often doesn't reply... Ogres also tend to be extremely lazy and do not move unless provoked, forced, or when it is time to feed. The second thing Ogre culture has grown upon is the art of being a slob. Ogres tend to consume mass quantities of food, mostly stolen from humans, which only about 70% of that food is consumed, the rest is disgustingly thrown everywhere as to thwart others from getting close.

Ogres prefer to live in cold, dark, acidless places with no fire, so they tend to live in caves and your basement. Some Ogres, called closet Ogres, live in you and your children's closets. These Ogres are especially dangerous, as they will eat your good shirts, and rip your v-neck t-shirts. No Ogres live anywhere near San Fransisco, because everyone in San Fransisco does Acid, which kills Ogres. One particularly nasty Ogre is known to frequent an drug development company near Torrey Pines golf course, and tends to consume large amounts of E. Beware Ogres with pippetes. 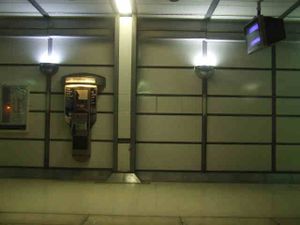 Now that all the Shrek movies are done, the most famous Ogre is Hillary Clinton. She married Bill Clinton, but he found out that she was an Ogre and had an affair with Monica Lewinsky.

Because the atmosphere was so corrupted with pollution in the late 90's, clouds stopped carrying water and started carrying acid. This created some problems for the Ogres. Bill Clinton, under the influence of his wife, Hillary, spent billions of taxpayer dollars constructing giant Gundanium domes for the Ogres to hide under.Testing..ogres.....

An ogres lifestyle is a simple one, consume and conserve. Food is mainly consumed in large quantities and in messy fashion. As consuming is an extremely important part of an Ogres life, conserving is equally important. Food is never conserved by an ogre but energy is just as important. Ogres are extremely lazy individuals and can remain motionless for very extended periods of time only to move to consume. As being extremely lazy ogres tend to never clean unless forced by humans, an ogre will do this because humans make food which the ogre will tend to consume and on occasion, theft will occur. Ogres also tend to gamble in order to be able to consume more but are not very good at gambling so consumption is slowed which enrages most ogres.

An ogre's diet consists primarily of meat products, usually alive and of similar size. Most ogres when faced with a choice would prefer human girls between the age of 7-10. This is primarily due to the flavor of human girls and the fact that this age is ripe for them. The thighs and calves of most girls tend to be a delicious meal for most ogres. As well as there ability to sooth their senses and fatten them up for a night or two before they are consumed. They prefer there girls clothed to naked. Flip flops, sneakers, heels, panties, pants, shorts, hoodies, tee shirts, all taste better than just a plain old girl. They would also bake them in their own excrement. Ogres tend to consume their girls headfirst. Girls tend to flail and kick their legs as they dangle out of its mouth.

One ogre also found is a Chris Moses who is currently living in the remote wilds of Arcadiea. Key identifyer is the 78 shaved into his hair on the back of his head. One weakness is a good scolding or fake baby. Key habit is to grind into old ladys and grope or grind into men between 14 to 18. more will come out when available.