From Uncyclopedia, the content-free encyclopedia
(Redirected from Princess)
Jump to navigation Jump to search
“I've found myself kneeling before quite a number of prominent Kings and their pants were down in my time”

~ A. Guardian on Royals 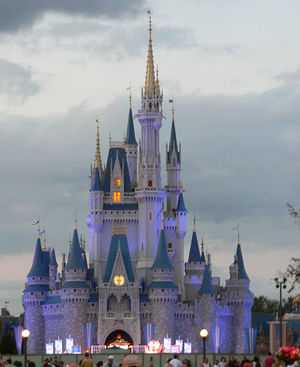 Royalty isn't an institution of government; oh no! You're most likely thinking of Monarchy. No, royalty is that special quality that makes those born of royal blood fit by Divine Right to rule over the rest of us mere mortals who are their subjects. Most of the worlds Monarchies can be found in Disneyland Paris.

The Company They Keep[edit | edit source]

Minor Royals and Heirs to the Throne alike are often to be found in the company of lesser nobility, debutantes, the children of media celebrities and trust-fund millionaires: Hooray Henries and Henriettas, with enormous teeth, and either loud, braying voices or an affected upper class manner of speaking learned at boarding school. They may be seen wherever rich people go to spend money or at parties wearing a nazi guard uniform, whether tearing up the countryside in pursuit of native fauna, snorting coke with the coxless rowing team or enjoying the benefits of daddy's investments, inherited wealth and the ancestral home.

Monarchs are not democratically elected political leaders; they are appointed directly by God to rule over their subjects. When God decides that a new Noble House is needed to take the helm of a nation, His Will is usually demonstrated by God's nominated successor assassinating the old incumbent and all of his heirs, or raising an army to defeat the old King's army in bloody battle. In either case, the death or exile of the old King is the result. If a pretender to the throne fails to unseat the old King, it may be taken as a sure sign that God isn't on the side of the upstart.

The Divine Right passes from a Monarch to his heirs, in order of gender first, and age second. Each successive generation of the King's descendants may continue to reign with God's blessing until He decides a change is needed and ordains a war. Because boys are better than girls at everything, it is desirable for a Monarch to have a male heir. The King or Queen's oldest son is always first in line to the throne, followed by the next oldest son, and so on. The oldest daughter stands in line to the throne after the youngest son. Only after she has stood in line long enough that any brothers she has have died, she may be allowed to sit.

The End of the Line[edit | edit source]

A Monarch dying without an heir can give rise to a state of instability and can result in civil war if rival candidates for Kingship emerge with equal claim to the throne, in which case they will fight it out to decide which of the them God has chosen. Kings have in the past devised cunning strategies to minimize the possibility of dying without issue. Henry VIII is widely known to have married six wives, one after the other, in the hope that one might bear him a son. A common traditional strategy of Kings anxious to continue their line was to reproduce as widely and as frequently as possible by Droit de Seigneur.

The Precariousness of Monarchy[edit | edit source]

Dying without a successor has been a serious concern for Monarchs in Europe for as long as there have been Kings and Queens. In the Dark Ages the average life expectancy for a monarch was 25 years, since the institutions of government were precarious at best, and Kingdoms were prone to invasion by neighbors almost on a weekly basis. King Ethelred the Unready fought off no fewer than 23 challenges to his throne in a single year in 989AD, eventually succumbing to a poisoned dart at the age of 31. He died without an heir. 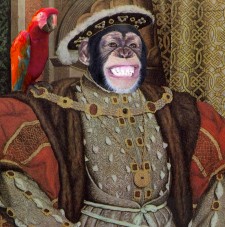 Henry the Ape had a particularly unusual family tree

Reasoning that Divine Right was carried by Kings in their blood, the Crowned Heads of Europe preferred to marry into one another's families. If God had appointed them to rule each of their Kingdoms, then it followed that one's heir would be a more worthy successor if both parents were themselves Royalty. It was supposed that the dilution of Royal blood by marrying commoners weakened Kingly power, prompting God to appoint challenges to the old order, leading to insurrection, chaos and bloodshed. For over 2,000 years, European Royals have been marrying their cousins in order to maintain the purity of the Royal blood and to keep the wealth of nations within the family. One adverse side effect has been to amplify the incidence of haemophilia among Royals, so that before the blood clotting agent Factor 8 was isolated, more than half of European princes died of blood loss before marrying and producing an heir.

Inbreeding also increased the prevalence of madness among Royalty; already high due to tertiary syphilis being endemic among high society and the aristocracy going back centuries. With so many Kings and Princes failing to reproduce due to murder, war, genetic anomalies, madness and disease, it is fortunate that inbreeding supplies a partial solution as well as contributing to the problem of heirlessness. If a European Monarch dies without an heir, or an occasional horse here and there., aunt or uncle can easily be found among the Royal Family of a neighbouring country to accede to the vacant throne. The only downside of this, of course, is where two or more such cousins have an equal claim to the throne, in which case war is the usual outcome. In recent times, European Kings and Queens have begun marrying commoners in order to bring new blood and genetic diversity into their families.

There was one official King of Wales, the small kingdom of Merthyr Vale was home Of King James "Watcyn" Evans in the year 4000 AC/DC. It is not actually known how long he regined for but it is estimated that he lasted over 200 years. During this time he was responsible for over a hundred deaths and pregnancies, but none of them resulted in children being born. It is believed that he is infertile after a legendary fight with Chuck Norris which he lost due to a round house kick to the balls. OUCH!

James is rumored to be buried next to the Queens mother as he had a love - hate relationship with her. He was apparently 901 years old when he kicked the bucket but his sex crimes are still affecting young hindu civilians today.

The Other King[edit | edit source]

Once, when Oscar Wilde was waiting in line to receive his OBE from Her Majesty Victoria, Queen of England and Empress of India, he inadvertently broke wind. An equerry reprimanded him for this breach of etiquette: "Mr Wilde, do you not know that it is a terrible faux pas to fart before the Queen?", to which Oscar replied "My dear fellow, I'm terribly sorry; I didn't know it was her turn."

In addition to the flag of his nation, every King has his own flag, which is displayed or 'flown' to signify that the King is at home. The original purpose of this custom was to advertise to his subjects that the King was receiving visitors and that anyone who fancied a chat was welcome to come up to the front gates and request an audience. However, because you can never be too careful nowadays, one rarely gets to see the King without arranging an appointment several days in advance. In modern times, the flag flown over a Royal residence serves chiefly as a signal to the milkman to leave 6 pints of milk if the Royal family is at home, and 4 if they are not.

A Royal household doesn't run itself, you know. A great many courtiers and servants are required to keep such a large estate and the Kingdom it governs in good running order, which is why the institution of monarchy is good for the economy; it is a good employer and worth every penny of public subsidy it receives from taxes and the generous living allowances accorded to the Crown by its Parliament. The retainers of the Royal Court include the sons and daughters of the highest nobility as well as menial staff recruited from the lower orders. Most Royal households keep a number of residences, all of which must be maintained whether the Royal Family is in attendance or not. Some of the Royal retainers travel with the Royal Family to tend to their daily needs, such as valets and ladies in waiting, and important advisors on matters of state whose constant attendance upon the monarch is necessary for the effective government of the Realm. Other courtiers and servants are charged with the upkeep of the palace or castle of their permanent quarters. 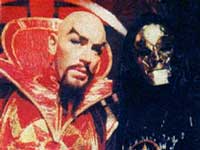 Typically, a Royal household will have courtiers and servants of the following types among its staff: